An examination of right to bail under the Nigerian Criminal Justice System
Bolaji Ogungbemi
September 25, 2021
12:30 pm 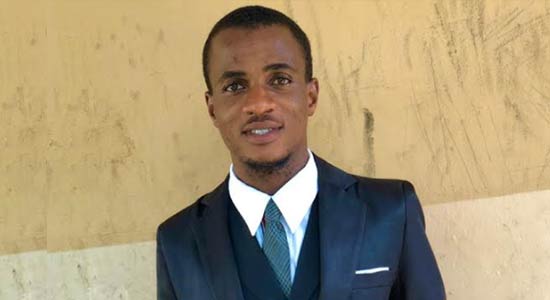 Bail is a conditional right guaranteed by section 35 of the 1999 Constitution of the Federal Republic of Nigeria. In general, an individual accused of a crime must be held in the custody of the court until his or her guilt or innocence is determined. However, the court has the option of releasing the individual before that determination is made and this option is called bail. In this article, this piece focus on how bail is a right, who can grant bail, the types of bail, and the extent to which the bail is granted.

Bail can be defined as the process through which an accused person who is arrested on the allegation of committing an offense is released by a constituted authority upon the provision of adequate security guaranteeing that the accused person would report at the police station or in court for his trial whenever his presence is required. In Caleb Ojo vs the Federal Republic of Nigeria (2006) 9 NWLR (Pt.984) 103, bail was defined as the freeing or setting at liberty one arrested or imprisoned, upon others becoming sureties by recognizance for his appearance at a day and place certainly assigned, he also entering into self-recognizance. The accused/convict is delivered into the hands of sureties and is accounted by law to be in their custody, though, they may if they will surrender him to the court before the date assigned and free themselves from further obligations of such suretyship.

¡. To bring him before a court in execution of the order of a court;

¡¡. Upon reasonable suspicion of his having committed a criminal offense; and

¡¡¡. To prevent his committing a criminal offense.

Section 35(4) however demands that any person denied of his liberty in this regard shall be brought before a court of law within a reasonable time otherwise the person should be released on bail. A reasonable time is further defined in Section 35(5) as: ”i. 24 hours(a day) in the case of an arrest or detention in any place where there is a court of competent jurisdiction within a radius of 40kms; ¡¡. In any other case, 48 hours (two days) or any longer period, which given the circumstances of the case, the court considers reasonable.”

However, the Court is duty-bound to uphold, enforce and enjoin the observance of this fundamental right as enshrined in the law. Unfortunately, most Police officers use bail as a sort of punishment on the Defendant especially when the defendant is unable to pay their biddings and as such, they detain the defendant longer than necessary even against the constitutional provisions. Accordingly, Bail, therefore, arises at three stages of the criminal justice process:

¡. The police may release a suspect on bail pending further investigation;

¡¡. The court may release an accused on bail pending the determination of the case against him; and

¡¡¡. The court may release a convicted person on bail pending the determination of his appeal against his conviction.

Those entitled to grant bail under the Nigerian law are the Police, the Court, and Government Agency. The right to bail of a suspect is protected under Section 62(2) of the Police Act, 2020. It provides thus: “The Police officer in charge of a Police station shall release the suspect on bail on his entering into a recognizance with or without sureties for a reasonable amount of money to appear before the court or at the police station at the time and place named in the recognizance”

Following the above, the issue of bail can arise at three stages in the criminal process, at the police known as Administrative bail, at the trial stage, and the appeal stage. Thus, where an accused person has been arrested by the police for an offense other than a capital offense, such an accused person is expected to be granted bail by the police within 48 hours. Unfortunately, this is not usually the case as the police are very notorious for keeping suspects in custody for well over 48 hours on the ground that they are yet to conclude their investigation. It must be noted that this practice of the Police is unconstitutional because it goes contrary to the provision of Section 35 (4) of the Constitution which provides that suspects must be charged to court by the police within 24 or 48 hours.

Court Bail: A Magistrate Court and a High Court both have the powers to grant bail to an accused person and this power must be exercised judicially and judiciously. This simply means that the Court must consider the facts of every case and the materials which have been placed before it by the accused before deciding whether or not to grant the accused person bail.

At this junction, it is worthy to note that offenses may be classified into three categories which include: Capital Offences – and bails in this instance can only be granted by a High Court Judge based on strict rules; Felonies other than felonies punishable with death and; The third category of offenses is a misdemeanor and other simple offenses.

Both the Magistrate Court and High Court also have the powers to grant bail to an accused person who has been charged for an offense in the second and third categories. Bail must always be granted to an accused person who is charged for an offense under the third category unless the court sees any good reason not to grant bail to the accused person High Court Judge have the power to grant bail in cases involving this category of offenses. The granting or refusal of an application for bail is exercised based on the discretion of the Court. In exercising the courts discretion, the court must consider the following factors before deciding whether or not to grant an application for bail.

1-The nature of the offense for which the accused person is being tried.

In Ogbuawa v. F.R.N (2011) 12 NWLR (Pt. 1260) 100, the Court held that “When it comes to the issue of whether to grant or refuse bail pending trial of an accused person by the trial court, the law has set some criteria which the trial court shall consider in the exercise of its judicial discretion to arrive at a decision”. The criteria have been stated in several decisions of this court and the apex court. Such criteria include inter-alia, the following,

1-The nature of the charge

2- The strength of the evidence which supports the charge

3- The gravity of the punishment in the event of conviction,

4-The previous criminal record of the accused, if any,

5- The probability that the accused may not surrender himself for trial.

6-The likelihood of the accused interfering with witnesses or may suppress any evidence that may incriminate him.

7-The likelihood of further charges being brought against the accused.

8-The probability of guilt

9-Detention for the protection of the accused,

It is to be noted that the above criteria are not exhaustive. Other factors not mentioned may be relevant to the grant or refusal of bail to an accused person. They provide the required guidelines to trial courts in the exercise of their discretion in matters where the grant of bail pending trial is sought. It is important to note that all the factors mentioned above need not be present in a case before the court would grant an accused person bail. Thus, a court of competent jurisdiction can admit an accused person to bail based on the existence of one of the factors stated above.

Bail Pending Appeal-It is easier to obtain bail pending or during the trial than it is to obtain bail after a conviction or pending appeal. This is because bail pending trial is a constitutional right and the burden lies on the prosecution who opposes a bail application to prove that the facts which a bail applicant relies upon do not justify the grant of bail. Whilst in the case of bail pending appeal, the burden lies squarely on the applicant for bail to show that he is entitled to bail because he is no longer presumed to be innocent under the constitution since he would have been convicted by the trial court. It should be noted that an accused person who has been convicted by the trial court must be able to show that he has a pending appeal before he can properly file an application for bail pending appeal; and if he was granted bail before or during a trial at the lower court, he must also adduce evidence to show that he did not jump bail at the lower court. Failure to establish any of these facts will simply mean that the accused person cannot apply for bail pending appeal.

Government Agency Bail: Although the most common forms of bail are Police Bail and Bail by the Court, it is important to note that the third category of bail exists, and this category comprises of bail by Government agencies such as the Economic and Financial Crimes Commission (EFCC), Independent Corrupt Practices Commission (ICPC), National Drug Law Enforcement Agency (NDLEA) and so on. The EFCC has the powers to investigate and arrest perpetrators of economic and financial crimes under the EFCC Act and this same power presupposes that the EFCC can grant administrative bail to individuals who are under investigation pending the time such individuals would be charged to court for the commission of an offense. It must be noted that an accused person who has been arrested by any of the agencies mentioned above has the right to apply for administrative bail to the said agencies if he is not charged to court within the time prescribed by the Constitution of the Federal Republic of Nigeria and such an accused person can also apply to the court for the enforcement of his fundamental human rights if his bail application is refused by the agency of government which arrested him.

Today, the issue of bail as a right of an accused person guaranteed in the Constitution it’s never a right again, but now a discretion of the administrator. If the government agencies can not adhere to the rule of law, what will be the stand of Justice in our community. Going by the words of Lord Denning, (as he then was) that, “The law would fail to protect the community if it admitted fanciful possibilities to deflect the course of Justice.”

To the dusk, the grant of bail continues to be a fundamental right of an accused under the Nigerian judicial system. An accused person is presumed innocent until proven guilty. Bail is not meant to free the accused but to protect his fundamental rights as guaranteed by the Constitution until his guilt is established. In other words, bail does not amount to an acquittal or discharge, but a temporary release pending the determination of his or her case.

It has been fully established, that the Constitution guarantees an accused person’s right to a fair hearing which is the pillar that other rights rest on. The attitudes of the courts to the accused person’s right to a fair hearing are generally founded on the provisions of Sections 35 and 36 of the Nigerian Constitution 1999 as applied to every person charged with a criminal offense. All civilized society must uphold the tenets of fair hearing and recognize that justice is indeed meant to be a three-way street – Justice to the victim, Justice to the state, and justice to the accused person. The denial of bail may not only have the same consequences as punishment, but may also affect the ultimate question of guilt or innocence in the trial process, and the type of ‘real’ punishment that is imposed on the accused if he/she is found guilty.

Imran Ridwan is a law undergraduate from Faculty of Law, University of Maiduguri.