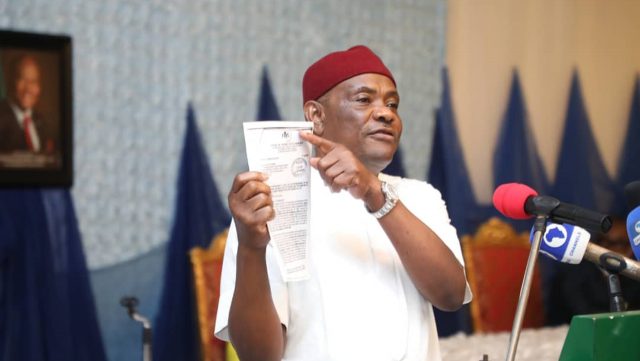 Your country my country our country is running a democratic government as we all know. And as a democracy all those who aspire to be in power and government in whatever guise should and must believe in the supreme worth of every person, of every individual, to qualify for any office, post or position so long as he or she is fit for it conduct-wise and health-wise. It does not matter where the individual is from in the country; our democracy means and implies that everyone has the responsibility and obligation and right to vie in democratic competition for the duty of service. This was what was rightly our experience and the case after our colonial masters left our shores, and until the chaps called soldiers or military boys came on board in the nineteen sixties to change fundamentally our cherished democratic structure. Of course, since then they have been coming into and going out of the temples of our democratic governance until recently, until a few years back, when they seemingly promised themselves never to topple or obstruct our democratic processes again.

But it was a half-hearted promise as their leading chaps, their leading commanders, re-surfaced as agbada and babaringa soldiers and generals influencing, torturing and enduring us to a peculiar democratic order that was to all intents and purposes a pseudo-democratic order. The senior soldiers and influential officers who are retired or have retired, and who deliberately are out of public view still effectively pull the strings from where they are in their quiet and silent corners.

Indeed, we are where we are today because of the military-imposed social/democratic order that has imposed devastatingly, as never before, a class of blue-blood and deep-stomach democrats who are nauseatingly corrupt in our polity. The “blue blood mentality” as well as the deep-stomach one can be rightly said to put our compatriots and citizens today in a state and position of really rotten helplessness. Only those who belong to either class or both classes have the financial resources and political power and clout to aspire to positions of leadership and to help themselves in business, government, and personal or private affairs of lucrative enterprises and undertakings. Those who don’t belong to their classes of lucre are suffering and dying; they cannot aspire and are not aspiring to any position of supreme worth.

The principles of democracy that is ideal for laws of equality, liberty, freedom, rights to pursue happiness are not working in their favour – and cannot work in their favour as things presently are – unless right now someone who is usefully useful comes with a better understanding of what should and must rightly be that should and must rightly be.

Governor Nyesom Wike of Rivers State has appeared on the horizon to look well beyond the camps and books of our exploitation and repression. He has stood up firmly to reject and jettison the economics of Value-Added Tax (VAT), which is actually a “tax levied on the difference between a commodity’s pretax selling price per unit and its materials cost per unit.” The South-South governor, discoverer of new truth and justice that shall be beneficial to us, is saying never again to the exploitative and repressive policy and politics of second class and non-second class citizens.

He is, despite his wrongly perceived faults and lapses, rightly championing the economy and economics of regional wealth for Nigeria where there shall be no more recognition of ruling class regions and citizens. Governor Wike is championing a class of equal citizens and compatriots who believe in the dignity of labour with head and hand, which our central government has been oppressing.

With Governor Wike’s sacred promise that his region and peoples and citizens will no more be treated as second class citizens or non-citizens of your country my country our country a sacred revolution is brewing in the South-South region that is advocating and clamouring for a new nation of Equal Citizens and Compatriots of Nigeria (ECCN). Because I believe in the sacredness of Nyesom Wike’s promise, because I believe that the man’s word shall be as good as his bond or as sound as his taut character, we should lend him the kind of support that shall and should enable him to live in harmony with his volition.

In fact, all of us in the country from our respective regions and states should support Wike’s quest to kill the spirit, for good, of the central government’s social behavior and “democratic” order of blue blood dross of greed and selfishness and ethnicism consuming our wellbeing as a nation of equal citizens and compatriots.

I believe strongly that Governor Wike’s wise declaration of his allegiance to the economics of fiscal federalism will help and enable all our governors and especially the Northern governors to discharge their duties as they would and should do without depending anymore on the handouts from the central government that has turned them into beggars.

Now they have the opportunity to encourage and compel their peoples to find fulfillment in the dignity of labour that will prosper them as useful citizens who are obligated henceforth to employ every opportunity to utilize the resources of their respective regions and states to make a living and to develop their regions and states. Northern governors must let their peoples and citizens now see them as fulfillers of their dreams provided by their own resources.

The Northern governors must now happily acknowledge their new reality. Whatever they can now fuse and integrate in their states and regions must now be fused and integrated for the public good of all. Clearly, this is a practical opportunity for them to unite their disparate peoples in a manner that will practicably benefit them and our country your country our country. Their nationalistic nationalism and patriotic patriotism should and must shine forth now. They should rise to the occasion and the challenge that their supremely patriotic colleague Governor Nyesom Wike of Southern Nigeria has tossed at them. Afejuku can be reached via 08055213059.