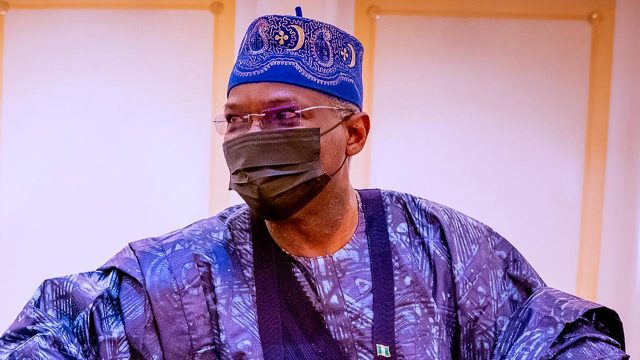 Mr Babatunde Fashola, Minister of Works and Housing, has said that Federal Government houses nationwide would be allocated through online applications.

Fashola stated this in an interview with Journalists during his inspection of houses under the Federal Government housing project on Thursday, in Bauchi.

He said very soon the process of allocation would start through online applications by the beneficiaries.

“The process is going to be on an online platform, the form will be online and pay online, fill them, you don’t need to give anything under the table. It is first come first served, that is why it takes a little while.

“We also noticed some dampness and drainage issues in the completed houses. Our facility manager would address them and find a way of draining the water for the beneficiaries”, he said.

Fashola pointed out that the houses would be allocated to all Nigerians; everybody is entitled to own the house through the online application.

He said the Federal Government was committed and passionate about solving the nation’s housing deficit.

“The Federal Government is determined to provide houses to the public across all the states of the federation”, the minister added.

He said the first phase of the houses had been completed; the Federal Government would now focus on the second phase to bridge the deficit in housing.

The Minister noted that the housing projects provide jobs to the citizens and boost the economy of the people in the state, as all materials used are bought in the state.

He commended the Bauchi state government for all the necessary support and for providing the land for the construction of the houses.