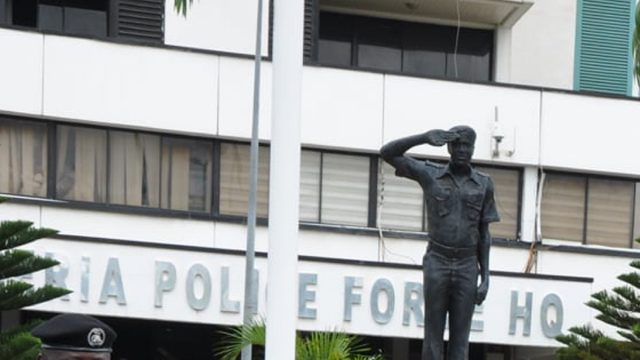 A Magistrate court sitting in Yaba on Friday have ordered the remand of Sargent Samuel Phillips, a dismissed police officer who allegedly killed 18 years old Monsurat Ojuade an awaiting admission into university.

Chief Magistrate Adeola Adedayo ordered the remand of the dismissed Sergeant for 30 days sequel to the motion filed and argued by police counsel attached to PANTI Barr Nwabuisi Augustine to abide the DPP advise following the conclusion of his orderly room trial,Is to be tried for shooting Miss Ojuade in the Ijeshatedo area of Surulere, On September 11th.

During the brief proceedings on Friday, the magistrate granted the application of the prosecutor for the remand of the accused for thirty days, pending an advice of the Directorate of Public Prosecution, that will recommend the murder trial to hold at the High Court, which hears charges relating to capital offences.

Further hearing was adjourned to October 25.

The defendant was represented by Doyin Shobiye, while lawyer for the Ojuade Family, Israel Mbaebie, was also present in court.

Mr Mbaebie Urged the police to change its “stray bullet” narrative as to how the deceased died.

According to him, “… the bullet that killed Monsurat Ojuade was not a stray bullet but a case of premeditated murder on the part of the killer police.”

The lawyer also frowned at the failure of the police to make public its orderly room trial and the late notice the family got as to the arraignment.