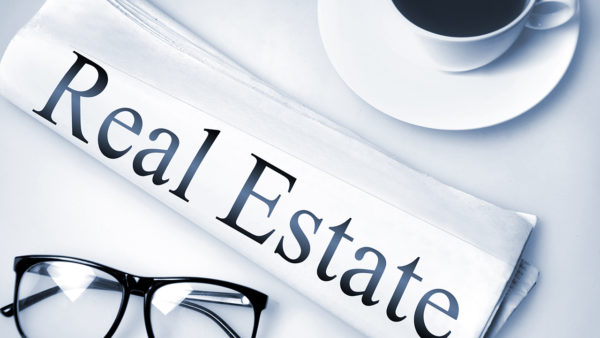 *Directs The Firm To Withdrawal Its Adverts For Legal Services *Demands Apology Along With Undertaking To Desist From The Unlawful Act.

The Nigerian Bar Association (NBA) Benin Branch, has Indicted a real estate firm for engaging in practice of law

This is contained in a statement made available to ASKLEGALPALACE signed by the Chairman of the NBA Benin Young Lawyers Forum, Osayuki King Agbonghae.

Agbonghae said the estate firm was investigated after receiving complaints from the public. He said the during a meeting between the Branch and representatives of the firm, it was discovered that the firm actually advertised for legal services and drafted legal documents for the public.

He stated, “Following several complaints and negative reports concerning some real estate firms in Benin, whose mode of operations offend the Legal Practitioners Act (LPA) and undermine the legal profession, the Chairman of the Nigerian Bar Association, Benin (Lion) Branch, Pius Oiwoh caused an investigation to be carried out with respect to the complaints.

“The investigation revealed that some actions of an estate agency violated certain provisions of the LPA. This particular real estate firm employed a lawyer (placed on a monthly salary of about 30 thousand naira) whose job description is basically to prepare deeds of transfer and other legal documents for members of the public who patronizes the firm; while the legal fees for preparing these documents go solely to the estate company. It was also discovered that the said real estate firm makes publications and radio advertisements where it claims to have a legal department in its firm that can prepare deeds of transfer for its customers; as such they need not get a lawyer of their own

“As a result of the above findings, the Chairman of the NBA Benin Branch summoned the CEO and Managing Director of the said real estate agency to the NBA Secretariat. The meeting held yesterday the 22nd day of September, 2021 at 6:30pm and in attendance were the NBA Chairman, Pius I. Oiwoh Esq.; some members of the Branch Executive Council (Charles Igiebor Esq., Osarodion Igiede Esq., Osayuki King Agbonghae Esq. and Dennis Osaretin Esq.,); other members of the Bar (Emmanuel Okorie Esq., Abraham Aluna Esq. and Abutu-Olisa Esq.); the CEO of estate agency, the said young lawyer employed by the real estate firm, the Chairman of the Association of Real Estate and Property Managers (AREAPM), Mr. Philip Ebuetse; members of AREAPM’s Executive Council; and other members of AREAPM.

“In the course of the meeting, it was discovered that the findings of the Bar with respect to the internal operations and publications of estate agency were true. The Executive Council therefore found this misconduct and misrepresentation unlawful and an invasion of our professional space as lawyers; as only a Law Firms can employ lawyers to render legal services to a third party or members of the public. It was also pointed out that the lawyer employed by the company, who admitted to have prepared over 50 deeds since being engaged in May, 2021, acted in breach of the Rules of Professional Conduct (RPC) for Legal Practitioners, which in turn warrants that the needful be done, i.e, referral to the appropriate disciplinary committee.”

In view of the findings, the Branch threatened to take legal action against the company but was prevailed upon to resile after remorse and plea from the firm. However, a condition was given to the firm to desist from the unlawful act and was made to undertake not repeat the action.

Furthermore, the firm was directed to withdraw its adverts for legal services

“To this end, the Chairman of the Bar stated in clear terms that the Bar will take all necessary legal steps to ensure that the law take its course as far as the matter is concerned. However, with the passionate plea of the Chairman of AREAPM and the CEO of the company who at the time was remorseful, contrite and ready to make amends, the Executive Council decided to place the company on a watch list subject to the following:*

1. Withdraw the said offensive publication and radio advertisement. 2. Tender an unreserved written apology with an undertaken to discontinue and desist from doing such verboten acts. 3. Make a monetary reparation of N1,000,000 (one million naira) to the credit of the NBA Benin Branch (of which the sum of N500,000 was instantly paid to the branch account.)

“The CEO was thankful for the soft landing given to him by the Bar and promised to assist in exposing others who errode our space including lawyers also.