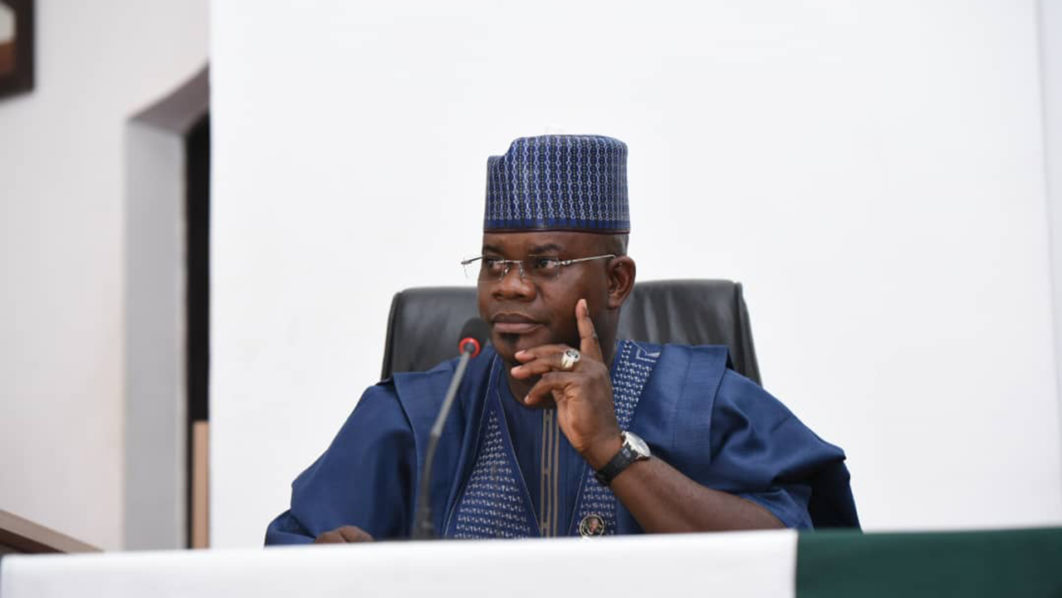 The Kogi State Governor, Yahaya Bello on Thursday administered the oath of office to the recently confirmed Chief Judge of the State, Justice Richard Olorunfemi, and the President Customary Court of Appeal, Justice Isiaka Momoh-Jimoh

Governor Bello in his address which was delivered by his deputy, Edward Onoja charged the legal lords to execute all the functions of their respective offices with erudition and the fear of Almighty God noting that there was no doubt that they would provide excellent leadership for our Judiciary and the state in general.

The Governor alluded that as proof of positive cordial relationship in the three Arms of Government, there had been multiple successions into the Judicial Arm since the passage of the late Justice Nasir Ajanah, and each time, the government have respected the legal and principles set by the Constitution and the Judiciary herself and refrained from interfering with existing hierarchies or organograms.

He recalled that on the 26th of March and 2nd of August this year the state government administered the Oath of Office to their Lordships into their respective Offices in an Acting capacity expressing that the ease with which they scaled through all the processes leading up to today’s event, including screening and confirmation at the Kogi State House of Assembly confirmed that his administration’s faith in them was not misplaced

Governor Bello expressed that the state was indeed fortunate to have found worthy incumbents for these two most critical Offices in the Administration of Justice in Kogi State affirming that the two law lords to whom such positions have been entrusted were persons very well known and possessed the education, experience and above all, character to discharge their duties effectively, efficiently and with the fear of Almighty God.

He enjoined Justice Richard Olorunfemi and Justice Isiyaka Momoh-Jimoh to always as the head of the Kogi State Judiciary and the President of the Customary Court of Appeal of Kogi State to bring their considerable history as experienced jurists to bear in the administration of justice in this state.

In his remarks, Justice Richard.O. Olorunfemi who spoke on behalf of the newly sworn-in Justices, assured of their utmost discharge to the quick dispensation of justice, promised to make the State proud.