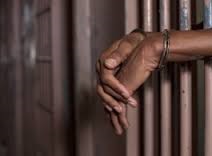 A Federal High Court sitting in Osogbo, Osun State, on Wednesday sentenced a 64-year-old man, Folorunsho Olayanju, to one year’s imprisonment for falsely claiming to be a lawyer.

The defendant had been arraigned on six counts bordering on fraud, impersonation and stealing.

He was also accused of obtaining a sum of N2,250,000, from one Hammed Bamidele being a professional fee for the prosecution of a matter at the Supreme Court.

In his judgement, Justice Peter Lifu, said the prosecutor had proved that the defendant committed the offences and sentenced him to one-year jail term without the option of a fine.

The judge also said the defendant must pay back the sum of N2, 250,000, fraudulently obtained from Bamidele.

He also ruled that the jail term should run from March 25, 2021, when the convict was re-arrested