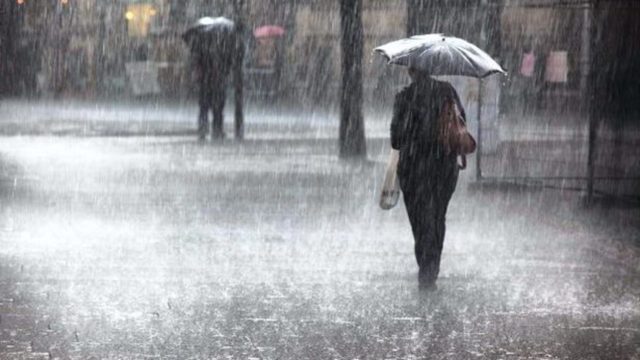 NIMET, during the presentation of its yearly forecast, had alerted that the country would witness severe rainfall between July and September.

However, the Director-General, Prof. Mansur Matazu, warned that due to climate change, the states might experience extreme weather conditions.

Citing Katsina, where 100mm rainfall – that is one-sixth of the rainfall expected in the state for a year – was recorded in one day, Matazu said such episode never happened in the last 100 years, he said: “It shows that climate change is increasing and inducing the intensity of rate of the extreme event, which are coming more sudden and more intense.”

The DG, who disclosed this yesterday in Abuja at the African Swift Tested Workshop on Nowcasting and Co-production, also mentioned that most northern states “are currently more vulnerable to extreme weather activities than the southern states.”

He, however, warned southern states to be wary of flooding as a result of rivers going downstream from the north, adding that the rains were getting ready for the second peak in the south.

Matazu further disclosed that the Federal Government approved N1 billion for the agency to provide efficient forecast for the marine sector.

Nigeria has lost millions of dollars due to its inability to provide forecast for the marine sector, as most of the shipping lines usually contract the service out. But the DG assured that by the end of the year, NIMET would be providing the service for the shipping lines, fishermen and the entire safety of the Nigerian coastline.

He said the budgetary allocation would be deployed into installation on highly-sensitive instrument to monitor prevailing weather condition around the coast, as well as the state of the sea.

“It is really capital-intensive, involving the purchase and installation of ocean grid, tidal gauge and other marine installation. So, this is just the first phase and we hope to expand by next year, given the huge support being provided by the Ministry of Aviation,” he said.

Matazu disclosed the agency’s plans to sign a Memorandum of Understanding with the Nigerian Ports Authority (NPA) and the Nigerian Maritime Administration and Safety Agency (NIMASA) to ensure effective implementation of the project.

The Country Representative of the World Meteorological Organisation (WMO), Bernard Gomez, stressed that given the changing weather conditions, there was need for Nigeria and other African countries to improve their weather forecast.