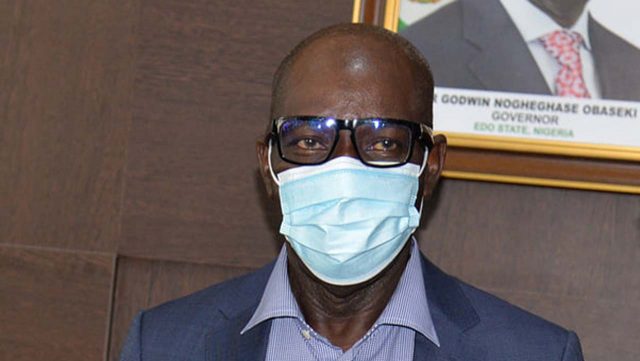 Eromosele, who spoke to journalists in Benin City, canvassed support of residents to tackle rape and domestic violence in line with the vision of Governor Godwin Obaseki and his wife, Betsy through the centre, named after the late teenage victim of rape, Vivian Ogu.

She restated the need for prompt reporting of sexual assault and gender-based violence, as soon as they happen to law enforcement agencies, adding: “Thereafter parents, guardians or relatives can get victims to avail themselves of medical and other services at the centre.”

The coordinator further stated that the government would open branches of the Centre in all councils of the state spread the three senatorial districts to accentuate its seriousness about rape and defilement.

“The Vivian Centre is one ofits kind in the country and it is positioned as a safe environment where survivors are given the required care and support they need, including medical examination, screening and preventive treatment for Human Immunodeficiency Virus (HIV) and other sexually transmitted infections,” she added.

MEANWHILE, the Edo State Government, on Friday, commenced one month training for information officers, media practitioners and public relations officers in its employ.

It explained that the training, aimed at upgrading the workers and equipping them with modern communication skills and tools, was part of ongoing efforts of the Obaseki-led government to renew the state’s communication ethos through the establishment of the Edo Communication Organisation (ECO).

Declaring the workshop open at the John Odigie-Oyegun Training Centre in Benin City, the state Head of Service (HoS), Anthony Okungbowa, said the workshop would further enhance the workers’ skills to ensure improved productivity and service delivery to Edo people.

“The training programme is timely, as it will enable participants to enhance their skills and knowledge, thereby ensuring that they function effectively,” he said

Organised in collaboration with the Tonnie Iredia Centre for Media Advocacy (TICMA), Chairman Board of Trustees of TICMA, Prof. Tonnie Iredia and other prominent professionals would be among resource persons to the participants at the training.