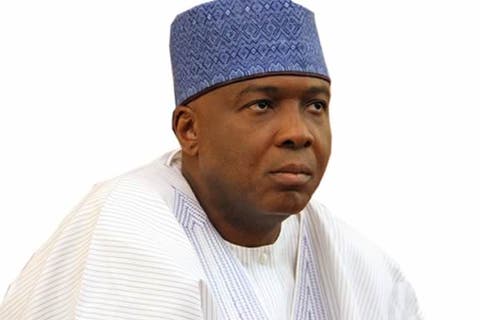 “There is no greater tyranny than that which is perpetrated under the shield of the law and in the name of justice.” – Charles-Louis de Secondat, baron de la Brède et de Montesquieu in The Spirit of the Laws

There is no doubt as to the power vested in the Attorney General of the Federation under section 174 of the 1999 Constitution regarding criminal prosecution.

That power has long been said to be the prerogative of the holder of that office to the extent that the Supreme Court once said in The State v Ilori (1983) 1 SCNLR 94 that the power so vested in the Attorney General of the Federation cannot be challenged in a court of law.

The reasoning behind the power so vested in the occupant of that office can be seen in the English case of R v. Comptroller-General of Patents (1899) 1 Q. B. 909 where Lord Justice Smith said: “a man in his position will never prostitute those functions which he has to perform.”

The clear overarching intendment of this broad power did not escape the opinion of then Chief Justice Fatayi-Williams who offered an excellent counsel in the same judgement thus: “It is of paramount importance that when an Attorney-General is being appointed, the appointor should, at all times, bear in mind the integrity, ability, experience, and maturity required of the person holding this high and important office. He should be a person who, in the discharge of his duties, will always have regard to the public interest, the interest of justice, and the need to prevent any abuse of legal process.”

The never-ending prosecution of Senator Saraki would be a rude shock to the memory of the erudite and sagacious Justices who sat on Ilori’s case.

Those Justices and Lord Justice Smith dreamt of an ideal situation where dispensation of justice would be as dictated by good conscience. They felt deeply about sacredness of justice in the affairs of men.

They would not have imagined that for failure to yield to a few party leaders, a person would be dragged through all the judicial systems in Nigeria; or that insistence on contesting and winning election as the Senate President of Federal Republic of Nigeria would have taken a man through the Code of Conduct Tribunal, the Federal High Court, the Court of Appeal and the Supreme Court of Nigeria.

Bukola Saraki should be on record as one who has been to all judicial institutions in Nigeria in what now seems to be ‘punishment’ for his legitimate political aspiration. And in each occasion, the law was and still on his side.

It has been similar set of facts at all the courts; and it has been victory with certainty in all the courts visited, yet the prosecuting authority is still in the business of investigating the same facts again. The issue is, at what cost to taxpayers? What a burden on the judicial process.

The initial attitude of deference to the Attorney General in the exercise of his power found favour in the popular comment of Viscount Dilhome in Gouriet v. Union of Post Office Workers where he said: “The Attorney-General has many powers and duties. He may stop any prosecution on indictment by entering a nolle prosequi. He merely has to sign a piece of paper saying that he does not wish the prosecution to continue.

“He need not give any reasons. He can direct the institution of a prosecution and direct the Director of Public Prosecutions to take over the conduct of any criminal proceedings and he may tell him to offer no evidence. In the exercise of these powers, he is not subject to direction by his ministerial colleagues or to control and supervision by the courts.”

However, a new development occurred with the courts adopting a progressive attitude in Council of Civil Service Unions v. Minister for the Civil Service(1985) AC 374 where Lord Scarman said: “The law relating to judicial review has now reached the stage where it can be said with confidence that, if the subject matter in respect of which prerogative power is exercised is justiciable, that is to say if it is a matter upon which the court can adjudicate, the exercise of the power is subject to review in accordance with the principles developed in respect of the review of the exercise of statutory power. Today, therefore, the controlling factor in determining whether the exercise of prerogative power is subject to judicial review is not its source but its subject matter.”

After several legal gymnastics that took the matter from the Code of Conduct Tribunal to the apex court and back, the Tribunal in June 2017 discharged Senate President Bukola Saraki in a ruling delivered by the Chairman of the tribunal, Danladi Umar.

The Tribunal’s Mr Umar held that the Code of Conduct Bureau had not established a prima facie case against Saraki relating to the case of false declaration of assets.

It was the conclusion of the Tribunal that the failure of the prosecution to present witnesses who were fully part of the alleged offence against the senate president made their case incurably defective.

The Federal Government did not hide their disdain for Saraki for daring to aspire and win his election as Senate President. They had also filed a forgery of Senate Rules charge against Saraki and others but withdrew the charge and a High Court of the Federal Capital Territory (FCT) struck out the forgery charge brought against them after granting the application of the federal government to withdraw the charge.

Justice Yusuf Halilu struck out the charges and released all four defendants – Saraki, Ike Ekweremadu, Abubakar Maikasuwa and Benedict Efeture, accordingly, following the withdrawal of the criminal charge brought against them by the Federal Government.

Then came the interim forfeiture of property case against the same Saraki. The allegation regarded properties located at 17 and 17A MacDonald Road, Ikoyi, Lagos which formed the basis of an interim order of forfeiture.

Trial judge, Justice Liman vacated the order in his judgment after counsel to the Economic and Financial Crimes Commission, EFCC, Mr Nnaemeka Omewa, and counsel to Senator Saraki, Mr Kehinde Ogunwumiju, SAN, adopted their respective written addresses for and against the making of the final forfeiture order sought by the EFCC against Senator Saraki’s properties.

The court held that the essence of an interim order of forfeiture was to preserve the property from being dissipated by the suspect and the burden is on the applicant, that is the EFCC, to satisfy the Court that the property is a proceed of unlawful or illegal activity under the corruption laws.

As senate president, Senator Saraki spent a considerable time facing allegations of false declaration of assets. He was acquitted by the Supreme Court in June 2018.

Presently, in a new allegation by the EFCC, the former Senate President is to answer questions over alleged theft and laundering of public funds using a network of cronies and proxy companies. This case appears similar to what the courts had earlier ruled on.

In the light of the glaring attempts by the prosecuting authority to secure conviction at any cost, it is perhaps time for the courts in Nigeria to stop this charade of unending investigations and prosecution of Saraki.

The decision in Ilori should be seen as an abnegation of the Judicial power vested in the courts under section 6(6) of the 1999 Constitution.

The failure of the Attorney General to exercise their power judiciously in public interest should call for a stand from the Judiciary with the court asserting the powers conferred by section 6(6) of the Constitution.

In the alternative, the operators of Nigeria’s criminal justice administration should think of revisiting the 1979 Constitution Drafting Committee which recommended (in section 159(2) of the Draft Constitution) that the Attorney-General’s power to institute or take over or discontinue criminal prosecutions instituted by some other person should only be exercised with the permission of the court which, in deciding whether or not to grant permission, shall have regard to the public interest, the interests of justice and the need to prevent abuse of legal process.

This recommendation was rejected by the government. Instead, sections 160(3) and 191(3) of the 1979 Constitution, which conferred prosecutorial powers on the Federal and States’ Attorneys-General respectively, provided that in exercising the prosecutorial power, the Attorney-General shall have regard to the public interest, the interest of justice and the need to prevent abuse of legal process.

The above recommendation is apposite as we have had Andoankaa and now we are witnessing another season of politically motivated prosecution under the guise of fighting corruption.