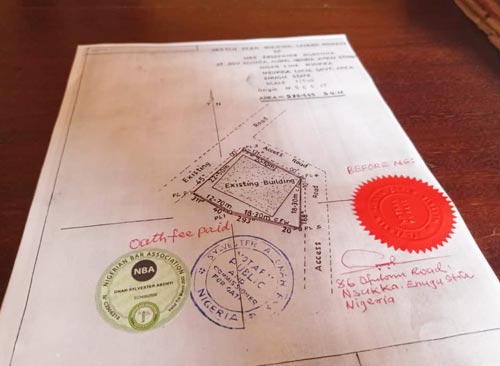 A picture has been making rounds across the internet, the picture contained a survey plan with an NBA seal of a Notary Public.

This has attracted a lot of mixed opinions among lawyers as some believed that it was totally uncalled for and that NBA seal is not required for authentication by a Notary Public.

While some lawyers were of the view that the lawyer who used the NBA seal might be because of the fact that the client involved is residing outside the country and it requires the survey plan to be notarized.

Despite the above answers, the public are still curious as to why would an NBA seal be attached to a survey plan.