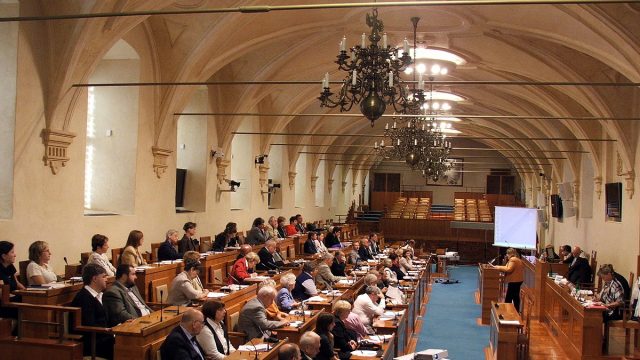 Senate Committee on Constitution Review has recommended the creation of 20 new states.

They also proposed that referendum be conducted for the 20 new states by the Independent National Electoral Commission.

Some of the requests are ITAI State (from Akwa Ibom State); State status for the FCT; Katagum State from Bauchi State; Okura State from Kogi East; Adada State from Enugu State; Gurara State from Kaduna South; and Ijebu State from Ogun State

Others are Etiti State from the South East Zone; Orashi State from Imo and Anambra states; Njaba from the present Imo State or the excision of Aba State from Abia State; Anioma State from Delta State; Torogbene and Oil River States, from Bayelsa, Delta and Rivers states; and Bayajida State from parts of Katsina, Jigawa and Zamfara states.

Earlier, The House of Representatives has passed for second reading, a bill seeking to amend the 1999 Constitution to allow creation of state police and legalise regional security outfits. The current police system will be decentralised by moving police from the Exclusive Legislative List to the Concurrent List.

Chairman of the House Committee on Judiciary, Onofiok Luke, who sponsored the bill, said in the explanatory note that the bill seeks to alter the Constitution “to provide for state police and other state government security services to enhance security and preservation of lives and properties in Nigeria”.

The Second Schedule to the Constitution will also be altered in Part I by deleting Item 45 from the Exclusive Legislative List; and in Part II by inserting after Item 30 on the Concurrent Legislative List, new Items 31 and 32.

The Governor of Imo State, Hope Uzodinma, has advocated for an additional state for the South-East region.

He said that Ndigbo would be proud of the country if a sixth state was created in the region. States in the region at the moment include Imo, Enugu, Ebonyi, Abia and Anambra while other geopolitical zones have at at least six states.