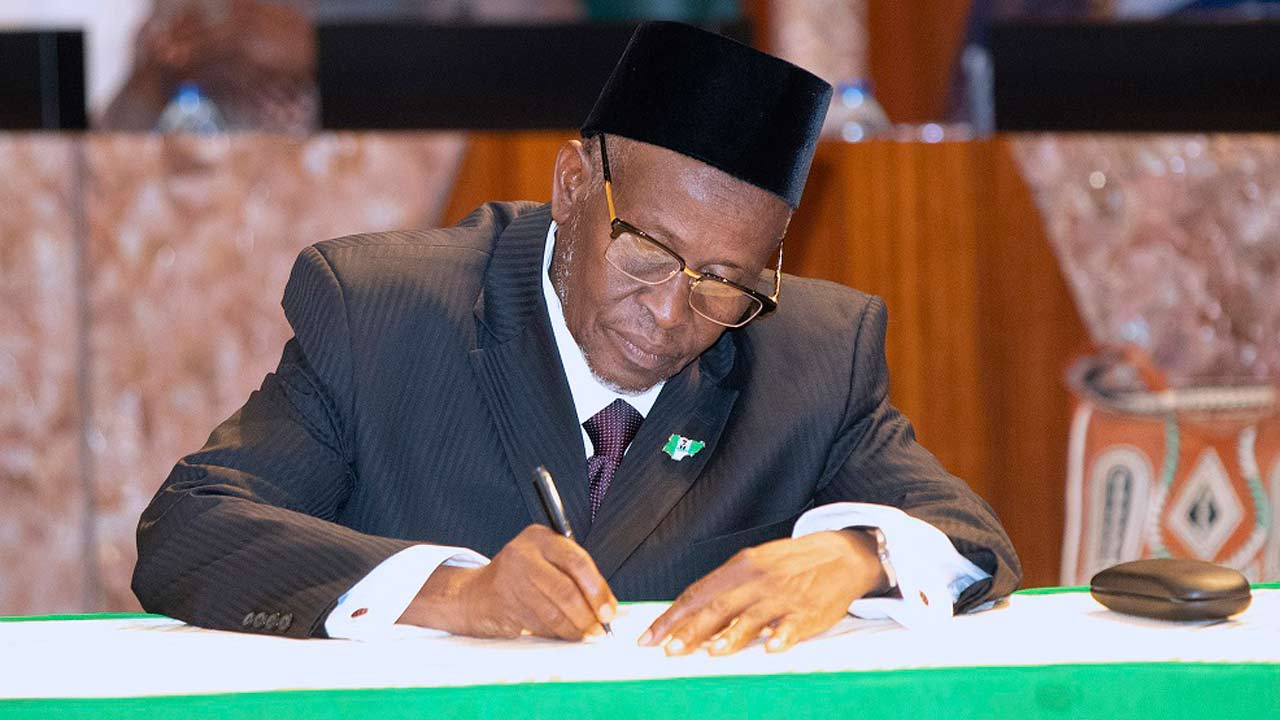 A non-governmental organization, Access to Justice, AJ, has called on the Chief Justice of Nigeria, CJN, and the National Judicial Council, NJC, to reconsider the vacation periods announced by various heads of court in the country and make new policies regulating the length of time those vacations should last in order to get the courts back to business in the earliest possible time.

Access to Justice in a statement by its Convener, Joseph Otteh and ‘DejiAjare, Project Director, recommended measures that can be adopted to ensure that cases do not suffer undue delay during the period of annual vacation.

The body advised heads of court to make new policies regulating the length of time those vacations should last in order to get the courts back to business in the earliest possible time,

They also recommended that Judges handling criminal cases should not partake in the general vacation but arrange their own individual vacations so that criminal trials can continue uninterrupted across Nigeria. According to them, that way, persons being held in detention during their trials can expect their trials to go on to conclusion without much more delay.

The body also urges the Chief Judge of the Federal High Court to ensure that there are vacation courts open in all of its judicial divisions, and not just in Lagos, the FCT and Port Harcourt, given that urgent matters can arise anywhere in the country.

Part of the statement read: “It is customary for courts to mainly shut down in the months of August and September each year to give Judges the opportunity to rest. During this period, only a few designated courts sit to adjudicate urgent matters.

“Access to Justice has, in the past, called for a reform of the judicial vacation system, so that courts’ businesses do not shut down en bloc, and allowing judges take individual vacations instead, in the way it is done in many other countries.

“Justices of the Supreme Court of Nigeria commenced their annual vacation on July 19, 2021, and will resume for the new 2021/2022 legal year in September. Judges of the Federal High Court, commenced theirs from July 26, 2021, until September 17, 2021.The National Industrial Court of Nigeria also commenced its vacation from July 30, 2021, until September 27, 2021. The High Court of the Federal Capital Territory Judges will commence their vacation on July 23, 2021, and will last till September 3, 2021. State Judiciaries are also announcing their individual vacations.

“Most of the announced vacations for federal courts range from a period of (nearly) 1.5 months to just about two months.

“The current legal year has been marked by extraordinary disruption: the COVID-19 pandemic, the ENDSARs protests that saw many court buildings and records destroyed, and the JUSUN strikes that shuttered courts for a little over 2 months. In addition to the enforced closures, Judges also enjoyed at least four additional vacations – the Christmas, Easter as well as two Muslim vacations. When the various vacations are summed up, many courts would have been closed for business for up to 3 months. When the periods of disruption are added to this figure, some courts would have been closed for business for a period of more than five months during the legal year.

“The lengths of time various heads of courts have appropriated to shut down courts for vacation purposes is of great concern. It would mean, in some cases, that courts would be effectively shut down for close to six months in the legal year. While the factors leading to the enforced closure of courts during the legal year were not primarily the making of the Judiciary, yet, the Judiciary must be conscious of the impact these developments have had on those who use or “patronize” the courts, and on the delivery of judicial services nationwide.

“Given this, the Judiciary ought to fixate more eagerly and conscientiously on how to clear the case backlogs that have accumulated over the months that court could not sit, create a sense of burning urgency among judges for more spiritedness in resolving cases, and thus, placing the needs of court users – who are the courts’ customers – well above its own.”

Taking extended court vacations at this time, therefore, appears insensitive to the interests of court users who have already endured much suffering from the closure of courts for many months.

“Some court users are in correctional centres or other detention places, either waiting for courts to hear and decide on the legality of their detentions or awaiting the hearing and conclusion of their trials. Many others who have pending cases before courts may suffer irreparable injury with more delays in the resolving their disputes or getting court Orders, without which some serious harm might befall them.

“We are persuaded that the Judiciary ought to give a better public image of itself, and offer a higher level of accountability to the public which it serves. Where the Judiciary ignores the broader needs and stakes of the court user community, and takes any length of vacation periods it chooses, only just because it can, it gives the impression that it is more interested in preserving the vocational privileges of its members than it is committed to the cause of justice and realizing the constitutional rights of citizens to a fair and reasonably speedy trial.

Where court users feel this way, they further lose faith in courts as vehicles of justice and see the judicial branch as just another impassive, spiritless player in the business of governance. For a Judiciary that has been reeling under a considerable weight of negative public perception, this can be further alienating.”