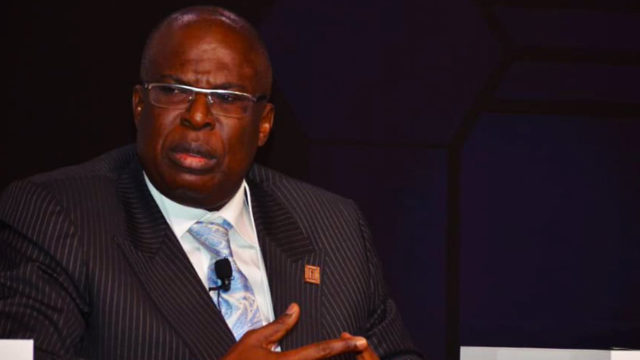 The Federal Government is to further engage oil-producing host communities in the Niger Delta on issues regarding the 3 percent of operational costs allocated to them in the recently passed Petroleum Industry Bill (PIB).

Minister of State, Petroleum Resources, Chief Timipre Sylva disclosed this in Abuja on Friday while playing host to Ijaw elders, leaders, and critical stakeholders who visited him on the passage of the PIB after 20 years. Sylva challenged host communities on effective management of the funds.

He also lamented the situation where communities in the Bonny Island cannot access funds paid to them by the Nigeria Liquefied Natural Gas Company NLNG following court cases instituted by some individuals. The Minister who said he has secured the commitment of multinational oil firms to relocate their operational headquarters to the Niger Delta urged the elders to continue to sensitize communities on the need to secure public assets in their areas.

According to the minister, “We are planning, alongside the Minister of Information to hold town hall meetings in the host communities after the presidential assent to the PIB. We need to have more stakeholders engagement in the 3 percent allocated to the communities. People need to know that it is from production costs and not from profit. The production cost is always higher than the profits. “Today, I can tell you authoritatively that we are on the last mile of the oil economy. Economies around the world are now discussing renewable fuel.

“We must understand that very soon we might wake up and find out that oil is not as valuable a commodity as we thought before. Coal did not finish before the world moved away from coal. There is still a lot of coal deposit in Enugu today but if you give some of it to someone, he might not appreciate it because the world has moved away from coal. We must support every effort to ensure that the oil we have today is produced and sold so that we can get the benefits.

“For the past 20 years we have been struggling to pass the PIB and that introduces a lot of uncertainties in the horizon because when you are in the process of amending your laws, investors would hold on to see what the amendment will be. That was why for the last 20 years, investments in the sector were on hold. Last year, there was over $50bn investment in Africa and what came to Nigeria was $3 billion because of the uncertainty in the sector. Our main challenge is resource management. If we manage all the money coming to the Niger Delta, NDDC, 13 percent derivation, 3 percent host communities funds, and even the one from the amnesty program, we won’t have some of the issues currently confronting us”, he added.

Chief Timi Kay Ogoriba, leader of the 33-member delegation commended the minister for the introduction of unprecedented massive reforms in the petroleum industry especially the radical expansion of the gas sector. The delegation lauded the minister for working with the 9th National Assembly towards its eventual passage of the Petroleum Industry Bill after about 20 years.