Relationship between subsidiary legislation and extant principal legislation
Bolaji Ogungbemi
May 25, 2021
7:52 am
6 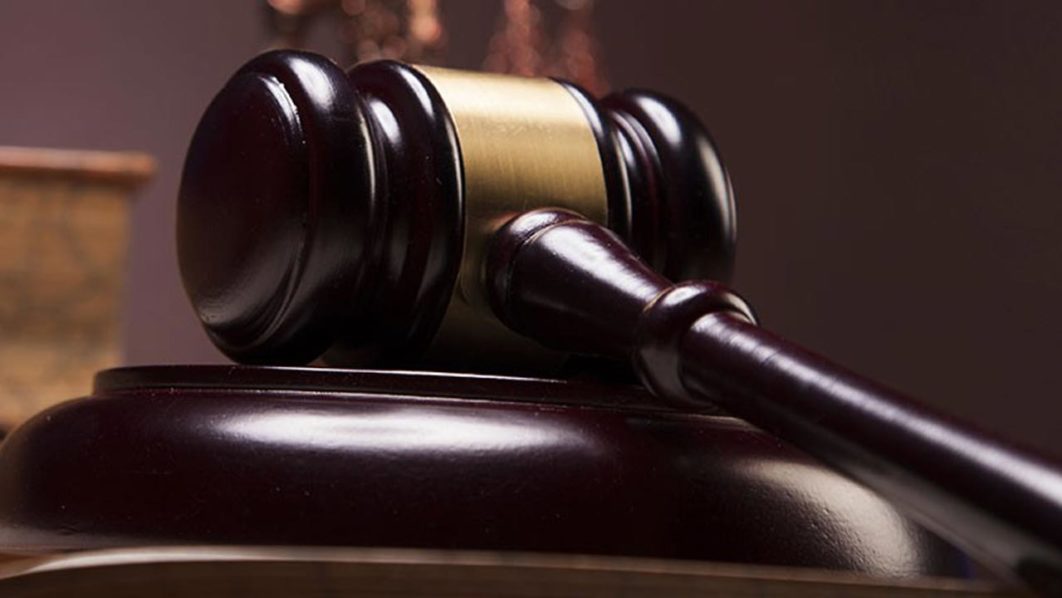 (Suing for themselves and on behalf of all the members of Petroleum and Natural Gas Senior Staff Association of Nigeria,Chevron Branch) CLAIMANTS

FACTS On 22nd September, 2020, the Defendant had invited the 2nd, 3rd and 4th Claimants and other members of the Petroleum and Natural Gas Senior Staff Association of Nigeria (PENGASSAN, Chevron Branch) to a meeting. Thereat, the Defendant intimated the Claimants of its intention to embark on a staff reduction exercise, owing to the low global oil prices and the effect of Covid-19, and therefore, invited the Claimants to apply for new positions with the Defendant. Shortly after the meeting, the Managing Director of the Defendant and some Management Committee rolled out a redundancy project for its workers.

While the Claimants asserted that the so called “Project Evolution” embarked on by the Defendant was without notice and recourse to any form of agreement, consensus or discussions on the gratuities, pensions and other emoluments payable to the Claimants as senior employees and as enshrined in the “Collective Bargaining Agreement (CBA) dated 16th December, 2019 entered into between the Defendant and representatives of the Claimants, the Defendant posited that it informed the Claimants about the terms of the redundancy package for staff in line with the CBA, and duly informed the Department of Petroleum Resources (DPR) and the Nigerian National Petroleum Corporation (NNPC) of its action and that the project evaluation was being examined by the regulatory bodies.

Along with the Originating Summons, the Claimants filed a Motion on Notice for Interlocutory Injunction by which they sought different prayers and injunctive orders, restraining the Defendant from implementing the redundancy policy or applications for fresh jobs which it sought to enforce.

The Honourable Court considered the following issues, in its determination of the suit:

1. Whether the Claimants are entitled to the Orders sought in the Motion on Notice;

2. Whether by virtue of Guidelines for the Release of Staff in the Nigeria Oil and Gas Industry, 2019 dated 17th day of October, 2019, the Defendant ought to obtain the written approval of the Minister of Petroleum resources before embarking on any staff reduction and or redundancy exercise; and

3. If the resolution of issue two is in the positive, whether that obligation had arisen in the circumstances of this case.

In its argument in support of the Motion on Notice, the Claimants contended that they placed enough material before the court in support of the application for preservative Orders sought. They argued that there was imminent risk and likelihood of dissipation and total erosion of the res in the suit which may render the eventual decision of the court nugatory. Countering the submission, the Defendant submitted that the reliefs sought in the application overlaps on the substantive issues in the Originating Summons, and that the Claimants failed to give an undertaking as to damages as required by law. The Defendant argued further, that the action which the Claimants seek to restrain will not foist a fiat accompli on the court, and that the application negates known principle of law which enjoins the court not to grant an injunction to force a servant on an unwilling employer. More so, the Claimants did not fulfil the requirements for granting an injunction, by establishing that they have legal rights to remain in the employment of the Defendant or that an award of damages will not be sufficient to compensate the Claimant for any wrong that may result from the action. Further, a determination of the application will amount to determining substantive issues at a preliminary stage.

Regarding the second issue, it was argued for the Claimants that where the law prescribes the method of doing a thing, that method or no other method must be followed – YAKI v BAGUDA (2015) 18 NWLR (Pt. 1491) 288 at 348. Counsel submitted that the Defendant does not have a legally justifiable reason for refusing to comply with legal provisions, as no one is above the law. He argued that there is considerable weight and force in the Regulations on Release of Staff in the Nigeria Oil and Gas Industry, 2019, and its provisions will override all the provisions in the CBA between parties and in line with the decision of AMASIKE v THE REGISTRAR-GENERAL CAC& ANOR. (2010) LPELR-456(SC) 106. They argued further that the provisions of Section 91 of the Labour Act does not apply to the Claimants, as they do not come under the definition of “worker” under the law.

Responding to the submissions above, the Defendant argued that issues of termination of the contract of an employee, can only be subject to the contractual relationship which is usually between an employer and employee. Counsel submitted further that the Guidelines for the release of staff in the Nigerian Oil and Gas Industry, 2019, is not binding on the Defendant. He relied on the case of SHELL PETROLEUM DEVELOPMENT COMPANY v NWAWKA & THE DIRECTOR OF PETROLEUM RESOURCES (2001) 10 NWLR (Pt. 720) 64.

On the third issue, counsel submitted for the Defendant that assuming without conceding that the Defendant is bound by the referenced Guidelines, the Defendant is not in breach thereof. Counsel argued that, there is provision in the Guideline which mandates the Defendant to seek permission before commencement of its redundancy procedure; what the Guidelines merely prohibits is the declaration of a worker as redundant before an approval is obtained. The Defendant posited that its workers to be declared redundant had not yet been identified, and that even if the provisions of the Guidelines had been breached, it is only the Director of the Department of Petroleum Resources that can enforce same, not private persons.

The court determined the Claimant’s Motion in Notice and the Originating Summons together, but decided on the issue raised with respect to the Motion on Notice first. After due consideration of the arguments of parties, the court held that for an application of this nature, the conditions stipulated in the case of KOTOYE v CBN (1989) 1 NWLR (Pt. 98) 419 at 411 must be fulfilled. The court observed that the facts relied on in support of the application, are exactly the same as those in the affidavit in support of the Originating Summons. It is settled that the courts are wary to determine at an interlocutory stage, the main issues in the substantive suit – NIGERIAN CIVIL SERVICE UNION v ESSIEN (1985) 3 NWLR (Pt. 12) 306 at 316. The court therefore, declined to make pronouncements on the issue, so as to forestall violation of the right of fair hearing.

Deciding the preliminary issue in the said issue two relating to admissibility of the Guidelines (Exhibit B), the court held that the Guideline was issued pursuant to Section 9 of the Petroleum Act, and this makes it a subsidiary legislation which has the force of law. Subsidiary legislations are to be cited in court, and the court is bound to take judicial notice of such legislation; they need not be tendered in evidence in line with Section 122(1) and (2a) of the Evidence Act, 2011 and that it would be an unnecessary adherence to strict technicalities rather than doing justice between parties, for the court to insist on admitting the certified true copy of the document. Her Ladyship decided further that should it be found that the document requires certification before its admissibility, since the Defendant did not challenge its authenticity, then it would be a good time to employ the provisions of Section 12(2) of the National Industrial Act which enables the court to depart from strict adherence to the provisions of the Evidence Act.

Regarding the main issue two, the court held that in a contract of employment, parties are bound by the agreement and the court cannot introduce any term or conditions not agreed to by parties. A court of law should only concern itself with the terms and conditions of the contract. Thus, it is the responsibility of a party who asserts that a particular term is applicable to him, to show how the term becomes applicable to him. The court found that the 2019 Guidelines was issued pursuant to the powers, derived from the Petroleum (Drilling and Production) Regulations, 1969 (as amended) (PDPR) and the Petroleum Act. The relevant Section 15A of the PDPR contains powers ordinarily exercised by the Minister. Neither the Section 15A of the PDPR nor Section 9 of the Petroleum Act gives the Minister powers to regulate private contracts of employment, or to introduce terms into the contracts of employment between parties. The Petroleum Act did not contemplate the type of regulation, contained in the Guidelines under consideration. The non-inclusion of the power to regulate private employment contracts, is in tandem with the age-long principle of sanctity of contracts. In CHUKWUMA v SPDC (1993) 4 NWLR (Pt. 289) 512, the appellate court refused to rely on extraneous agreement and policy statement which was not part of the contract between parties, and which was not incorporated into the contract. By the decision in NNPC & ANOR v FAMFA OIL LIMITED (2012) LPELR-1812SC, subsidiary legislations must confirm with the principal law. If any provision of the subsidiary legislation like the Regulations are inconsistent with the provisions of an Act/Statute, the provisions of the Regulation are, to the extent of its consistencies, rendered void.

More so, by virtue of the 2019 Guidelines, the Defendant does not need to obtain any written approval of the Minister, before embarking on any staff reduction and/or redundancy. The court held further that even if the Regulation is said to be applicable, the Claimants did not establish that the Defendant breached the provisions of the Guidelines, as what is required is written consent before the release of employee and not before the process leading to the identification of persons to be released. There is no evidence before the court showing that the Defendant identified or communicated the names of persons to be declared redundant to bring into force, the application of the Guidelines. It follows that the suit is premature.

M.I. Abu for the Claimants

Etigwe Uwa, SAN with L. Soetan and O. Omaghomi (Mrs.) for the Defendant.

6 thoughts on “Relationship between subsidiary legislation and extant principal legislation”