Nigerian Police! Obtaining Confessional Statements From A Suspect Does Not Obviate The Need For Proper Examination Investigation.
Editor
April 13, 2021
9:54 am 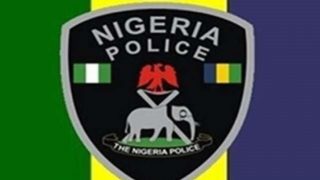 “I must observe that there is this penchant for police investigation in criminal cases to consist of no more than obtaining confessional statements from the suspects. Without a doubt, the easiest way to establish the offence charged against an accused person and solve the crime is to get a confession…However, I daresay that this penchant for the easy way out should not obviate the need for proper investigation to be conducted in criminal cases.” Per OGAKWU, J.C.A.

We can all agree with the learned Honourable Justice that this has become a common practice of the Nigerian Police. In this special Be The First To Know edition, we bring you the latest case that extensively touches on this matter:

TOPIC:  NIGERIAN POLICE! Obtaining confessional statements from a suspect does not obviate the need for proper investigation.

The Appellant was charged before the High Court of Ogun State on an Information for the offence of conspiracy to commit armed robbery and armed robbery contrary to and punishable under the Robbery and Firearms (Special Provisions) Act, Cap. R11, Laws of the Federation of Nigeria, 2004.

The case of the prosecution is that a case of armed robbery was reported and in the course of the robbery, two of the complainants were raped. A few days after the report was made, the complainants brought the Appellant to the Police Station, stating that he was one of the robbers. A search warrant was executed at the residence of the Appellant where some items were recovered and then the case file and the exhibits were transferred to the State Criminal Investigation Department for further investigation. The statement of the Appellant was then recorded which was volunteered in Yoruba language and translated into English language. The said statements were tendered by the Investigating Police Officer who further testified that the Appellant took him to someone who he sold the stolen jewelries to.

The Appellant’s defence at the trial is that on the date of the alleged robbery incident, that while working as a loader, he had loaded charcoal in a vehicle which they took from Abeokuta to Lagos where the charcoal was offloaded, after which they returned to Abeokuta and that thereafter, when he was going to buy food to eat, he was accosted by some boys who accused him of stealing and took him to the Police Station. He retracted the statements relied upon by the Prosecution and maintained that the exhibits tendered by the Prosecution were not the items that were recovered from his house when it was searched. The statements were admitted in evidence after a trial within trial.

The Appellant’s alibi about having gone to Lagos from Abeokuta as a loader, to offload charcoal was not contained in any of the statements he made to the Police which was tendered and admitted in Court. Hence, no investigation was conducted to verify the truth or otherwise of the Alibi. The complainants did not testify at the trial and the person who allegedly bought the stolen jewelries was also not called as a witness. The evidence adduced by the Prosecution was the testimony of the two prosecution witnesses, the Investigating Police Officers and nothing more.

At the end of the trial, the High Court convicted the Appellant as charged and sentenced him to death. The Appellant was dissatisfied with the judgment and appealed against same to the Court of Appeal Ibadan division.

The Court found merit in the appeal and it was allowed. Consequently, the Appellant was discharged and acquitted.

POLICE – DUTY OF POLICE: Duty of police to ensure proper investigation and prosecution of criminal offences
“As I begin to wind up this judgment, I must observe that there is this penchant for police investigation in criminal cases to consist of no more than obtaining confessional statements from the suspects. Without a doubt, the easiest way to establish the offence charged against an accused person and solve the crime is to get a confession. This is especially so because a confession, if voluntary is a relevant fact against the person confessing. See IKEMSON vs. THE STATE (1989) 3 NWLR (PT 110) 455 at 476 and IHUEBEKA vs. THE STATE (2000) 13 WRN 150 at 176.

However, I daresay that this penchant for the easy way out should not obviate the need for proper investigation to be conducted in criminal cases. As stated by Kazeem, J.S.C. in ONAH vs. THE STATE (1985) LPELR (2668) 1 at 18:

The investigation carried out by the Police in this matter was nothing to write home about. The Police could not even assist the Prosecution secure the attendance of the complainants to testify. The Police seemed content to procure a confessional statement as the beginning and end of their investigation. The foibles in the case arising from the poor investigation have been such that their trusted “confessional statement” is not the silver bullet they intended it to be, as there is nothing else outside the confession on which the veracity of the confession can be ascertained. I lend my voice to the exhortation of my learned brother, Omoleye, J.C.A. who stated as follows in ADAMU vs. THE STATE (2013) LPELR (20770) 1 at 36-37:

“Before I end this judgment, I must not fail to chide the Police the umpteenth time, for the very shoddy manner in which they discharge their constitutional duty of crime investigation in this matter. Indeed, I venture to even state that, they did not investigate this matter at all. This being a capital offence, one would have expected the Police to be very diligent especially, in the gathering of evidence they planned to use in establishing the offence with which the Appellant was charged. I am always amazed at the trend and style of the Police in this country, it is only in this nation that, most people accused of committing crimes end up ‘confessing’ to the commission of crimes vide the so-called ‘confessional statements’. This is very ridiculous and laughable. Therefore, I am using this occasion again to appeal to the Police to please step up and keep pace with the high standards of crime investigation which obtains in all civilized countries of the world and always ensure that they perform their constitutional duty creditably well. They owe Nigeria and Nigerians this duty of care.”

Perhaps, if a proper investigation had been conducted by the Police, the quality of the prosecution of this matter may have been better. Definitely so! Verbum sap.” Per OGAKWU, J.C.A.

CRIMINAL LAW AND PROCEDURE – DEATH SENTENCE: What is required of the Court in criminal cases involving capital punishment
“The offences for which the Appellant was convicted attract capital punishment and the lower Court imposed the supreme punishment of the death penalty. It has been held that a judgment which imposes the capital punishment must be arrived at based on analytical reasoning that attracts confidence… In SAIDU vs. THE STATE (1982) 4 SC 41 at 69-70, Obaseki, J.S.C. stated:

“It does not give the Court any joy to see offenders escape the penalty they richly deserve but until they are proved guilty under the appropriate law in our law Courts, they are entitled to walk about in the streets and tread the Nigerian soil and breathe the Nigeria air as free and innocent men and women.” Per OGAKWU, J.C.A.