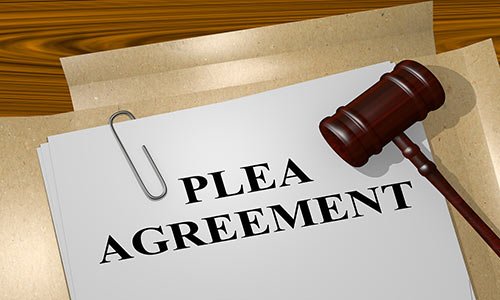 For Nigeria to fully embrace the plea bargain policy and consider it effective, government must include stringent conditions that would discourage potential looters, writes Alex Enumah

On Tuesday, March 23, the Ministry of Justice organised a virtual roundtable to review the Draft Guidelines on Plea Bargaining for Federal Prosecutors. Attorney General of the Federation and Minister of Justice, Mr. Abubakar Malami, SAN had at the meeting described the development of the Draft Guidelines as one of the strategic interventions by the Federal Ministry of Justice towards ensuring lasting reforms in the Criminal Justice Sector in Nigeria.

“You will recall that the purpose of the Administration of Criminal Justice Act (ACJA), 2015, as detailed in section 1(1) is to guarantee that the system of administration of criminal justice in Nigeria promotes the efficient management of criminal justice institutions; ensures speedy dispensation of justice, protects the society from crime; and protects the rights and interests of the suspect, the defendant and the victim”, he said.

The Minister, who was represented at the occasion by the Solicitor General of the Federation and Permanent Secretary, Ministry of Justice, Mr. Dayo Apata, SAN, told the gathering that one of the major innovations of ACJA aimed at achieving these objectives is the introduction of plea bargain.

Quoting Section 494(1) of the ACJA, he described Plea Bargain as: “the process in criminal proceedings whereby the defendant and the prosecution work out a mutually acceptable disposition of the case, including the plea of the defendant to a lesser offence than that charged in the complaint or information and in conformity with other conditions imposed by the prosecution, in return for a lighter sentence than that of the higher charge subject to the court’s approval.”

The AGF went further to observe that effective deployment of the provisions of Plea Bargain would among others, enhance the recovery of the country’s stolen assets by public office holders, hence the need for an appropriate and effective guidelines for the prosecutors, who are saddled with the responsibility of ensuring that justice is meted out to criminals.

“As you are well aware, the Justice system in our nation is presently fraught with a lot of challenges, which prolong adjudication time and most times frustrate parties. The effective deployment of Plea Bargain provisions will therefore, reduce the financial cost of prosecutions, hasten trial process, eliminate uncertainty of trials, enhance the quick return of stolen assets, and generally, enhance the efficiency of the criminal justice system”, he said.

It is apt to state at this point that Plea Bargaining is not a new concept in Nigeria’s jurisprudence. It may be one of the major innovations of the ACJA, 2015, like the minister noted, Plea Bargaining however preceded 2015, as it was allegedly deployed to resolve some issues of corruption of some public office holders under the tenure of former President Olusegun Obasanjo.

A lot of corrupt public office holders were said to have returned stolen public assets to the government under various agreement, which were not made public. It is therefore believed that those public office holders brought to the open for prosecution were those that the then president chose to embarrass.

Speaking on the issue, a senior lawyer, Mr. John Baiyeshea, SAN, said Plea bargain as a concept has both negative and positive effects. “The positive effect is that it saves time if the person accused of corruption (and they are so many in this Country), admits, and agrees to pay back the illicit money to the State.

“This will be done in exchange for promise by the State not to insist on maximum sentence/punishment for the accused upon conviction”, he said.

The senior lawyer went ahead to cite the case of Mrs. Cecelia Ibru accused of running down former Oceanic Bank. “She forfeited more than 40 properties and huge amount of money to the Government in exchange for light prison sentence. She eventually avoided going to jail.

“If plea bargain had not taken place, perhaps 10 years since 2008, she would probably still be in Court with Government trying to prove the case”, Baiyeshea noted.

On the other hand, he cited the case of former Abia State Governor, Senator Orji Kalu as an example of intractable and long years of prosecution. He lamented that after more than ten years of trial, the Supreme Court set aside Kalu’s conviction for a very technical reason.

“So, good as plea bargain may be, it can (and has indeed been like many Nigerian policies), despite its potentials for possibility of recovering so much looted fund, been subjected to gross abuse”, he said. Similarly, the policy has been queried by some for being too soft and liberal on looters and the big thieves of the people’s commonwealth. It is also believed that the policy allows looters to give back what belongs to the people, in a manner that suggests the looters are doing the Nation a favour.

Baiyeshea, therefore, argued that any policy that would allow thieves to keep part of the proceeds of corruption under the guise or disguise of plea bargain was immoral and ungodly and would encourage more people to steal.

“In the past, the plea bargain was abused in most obscene and condemnable manner. For instance, a former Governor of Edo State, was only given a paltry fine of N3m (no prison sentence), for humongous corruption relating to the funds of Edo State. In such situations, the person goes home to enjoy the loot while the Nation bleeds to ‘death’ in its economy”, he remarked.

According to him, they have the fund to hire the lawyers to defend them. “In fact, when they steal, they steal enough to be able to afford legal fees no matter how high. And again the entire system succumbs to corruption in such a way that, convictions are so few, if at all.

“Some big thieves even go to the ridiculous extent of securing ‘abominable’ Court Orders to prevent them from ever being arrested or arraigned in Court for corruption. In other words, some courts ‘vaccinate’ them, to give them permanent immunity from arrest, investigation and prosecution for corruption.

“Meanwhile corruption in Nigeria has an endemic and pandemic nature like Covid-19. This is the only country in the whole wide world where such odium happens”, he added.

The senior lawyer, also observed that, it is against this backdrop of the nation not trusting its own judicial and legal systems that made the government to think of plea bargain, thereby, surrendering to the whims of the criminal cartel.

He, however, wants Nigeria to emulate order climes, where plea bargain is never a means to escape from Justice.

“Plea bargain can reduce your prison sentence like in the case of former President Trump’s Lawyer, Cohen. But you will taste jail/prison even if you release all the money stolen.

“I’m surprised they are just talking about guidelines for plea bargain. I was in a Committee (which worked with Presidential Advisory Committee Against Corruption, of which Prof Sagay is chairman). And we completed work on it in 2016.

“Naming and shaming corrupt people will be the best thing to happen in anti corruption war in this Country. The present situation whereby corrupt people are hailed as if they are heroes and are rewarded with appointments and positions in/by government is most disturbing. This has reduced Nigeria to a laughing stock in the ‘Comity’ of civilised nations”, he added.

Mallam Ahmed Raji, SAN, on his part, shared a different opinion. He noted that Nigeria’s justice system is currently overwhelmed by a lot of factors hence the need for other measures of curtailing crime.

“There is no doubt the criminal justice system is overwhelmed by a number of factors. Resolving all infractions through the court system may not be a good option. It is more realistic and in the greater interest of the system to look for alternative solutions including plea bargain”, he said.

Raji believed that “ Naming and shaming” of people accused of corruption might not serve any useful purpose, adding that there was no provisions for such.

“Under what section of the Law do we have ‘naming and shaming’?” he queried, suggesting that the system should develop enough anti-abuse provisions to prevent most of the infractions. The senior lawyer also called for the tinkering of the current presidential system practised in Nigeria so as to give room for a modified parliamentary system with enough checks and balances with minimum costs.

“It will appear that in our climate, the presidential system is synonymous with executive impunity and unmitigated corruption with the bandwagon effects in all facets of our life”, he said.

While stating that Section 270 of the ACJA (2015) provides the general legal framework for the application of Plea Bargain, the minister expressed belief that this provision could also be effectively deployed to address compounding offences that feature in some statutes but without any procedural detail to aid its application.

“This lacuna is responsible for abuses in compounding of offences, which had strengthened the current public skepticism about plea bargaining in general. In spite of the laudable provisions of section 270 of the ACJA, there is no doubt that these provisions are inadequate to guide the prosecutor and the defendant in reaching a plea bargain that ensures the protection of public interest, the interest of justice and prevents abuse of legal process.

“This informed the development of the Draft Guidelines, which is before you for review. The Draft was developed by the Administration of Criminal Justice Reform Department in collaboration with Rule of Law and Anti-Corruption Programme (RoLAC) and other distinguished Experts,” he explained.

According to him, the purpose of the Draft Guidelines is to promote standardisation and consistency in Plea Bargain (including compounding of offences) by Federal Prosecutors as well as ensure that the principles of accountability, equity, integrity, and transparency are observed in reaching plea bargain agreements across board. He said the draft provides further support to the existing Code of Conduct and Prosecutorial Guidelines for Federal Prosecutors, which generally regulate the conducts and actions of Federal Prosecutors in the exercise of their prosecutorial discretion.