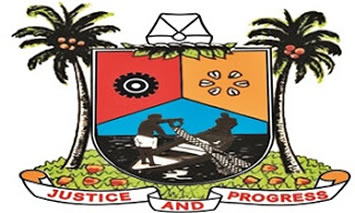 In an action commenced under the Fundamental Rights (Enforcement Procedure) Rules, Alhaji Tolani Bakare, the applicant challenged the invitation extended to him by the Task Force which was investigating a petition by the Nigerian Union of Teachers that the applicant had no right to sell the land he sold to the union.

It was the case of the applicant that the invitation amounted to an infringement of his fundamental rights to life, dignity of human persons, personal liberty, freedom of association and assembly, and freedom to own property.

In the considered judgment delivered last week Justice Sharafa Olaitan upheld the contention of counsel to the Attorney General of Lagos State, Olanrewaju Akinsola that the Task Force’s meetings were called in furtherance of the statutory mandate of the Lagos State Task Force on Land Grabbers for the purpose of assisting the parties to resolve the ownership of land disputes between the applicant and the Nigerian Union of Teachers.

His Lordship held that: “The applicant has a skeleton in his cupboard and that’s why he refused to go for the proposed settlement called by the 1st Respondent [Lagos State Attorney General].

“He rather chose to use the court to delay investigation into the allegation against him of whether the land he (the applicant) sold to the 2nd Respondent [Nigerian Union of Teachers] falls outside the government excision granted to the applicant’s family.

“Reliefs 4, 5, 6 and 7 deal with possession and ownership of land and challenge the legality of the Lagos State Force on Land Grabbers.

“These reliefs are not cognizable under the Fundamental Rights (Enforcement Procedure) Rules and therefore incompetent.”