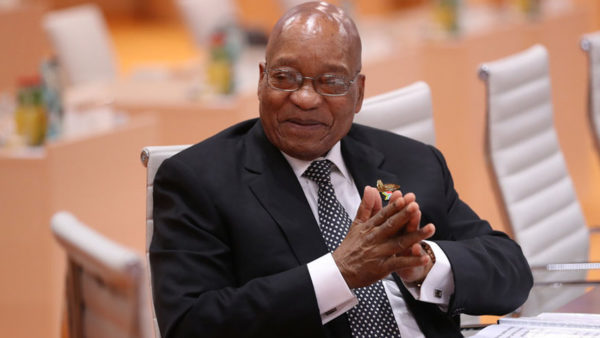 South Africa’s top court on Thursday heard an urgent application seeking to have ex-president Jacob Zuma jailed for two years for defying an order to testify before corruption investigators.

Zuma, who was forced to step down in 2018 over graft scandals, has snubbed a government-appointed panel investigating the plunder of state coffers during his time in office, claiming bias on the part of its chair, Deputy Chief Justice Raymond Zondo.

The former leader testified only once, in July 2019, before staging a walkout days later.

On January 28, the Constitutional Court ordered him to appear before the commission, but he ignored the order.

The commission’s lawyer Tembeka Ngcukaitobi said Thursday that Zuma’s failure to comply with a court order was “deliberate and cynical” and “constitutes an assault” on the rule of law.

“His conduct must be seen for what it is. We are dealing with a cynical manoeuvre to avoid accountability.

“In his failure to comply, he also adopted a belligerent and defiant tone,” the lawyer told the top court in Johannesburg.

Ngcukaitobi said the 78-year-old must be jailed for contempt of court as his “status as former president does not protect him from the law”, adding he is “insulting” the country’s highest court.

Zuma earlier this year issued a statement comparing the court to the apartheid judiciary.

“The court itself has become a target of Mr Zuma’s angry, threatening and …provocative tirades,” said the lawyer.

Accused of enabling runaway graft during his tenure in office, Zuma was forced to step down in 2018 over scandals mainly surrounding an Indian business family, the Guptas — who won lucrative government contracts and were allegedly even able to choose cabinet ministers.

The lawyer said if established that will constitute “a huge threat to our nascent and fledgling democracy”.

When Zuma was forced out of power at a time fissures were widening in the ruling African National Congress between his loyalists and supporters of his successor Cyril Ramaphosa.

Neither Zuma nor his lawyers attended Thursday’s court hearing.

James Grant, a constitutional lawyer in private practice said Zuma “doesn’t really have options if he chose not to oppose”.

“Generally contempt of court is not regarded as particularly serious offence,” said Grant.

The country’s highest court will make its ruling at a later, yet undecided date — perhaps within weeks, according to legal experts.

Justice Minister Ronald Lamola on Wednesday warned that defiance of the rule of law could lead to “degeneration into anarchy”.

A handful of supporters picketed outside the court house chanting in support of the ex-leader.