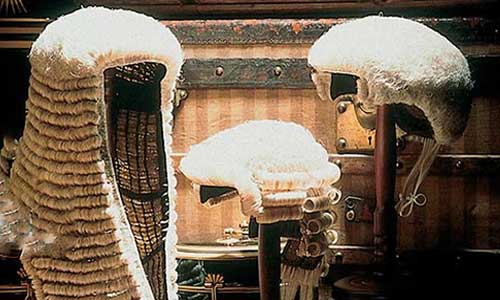 — Says Magistrate Gave Him Opportunity To Purge Himself Of Contempt

A lawyer, Sekpe Benjamin Benabraham, who was present in Wuse Zone 6 Magistrate Court Abuja, has given full detail of what played out in Magistrate Ibrahim Mohammed’s court, today.

The lawyer who clearly pointed out that he was not holding brief for the Magistrate said the report making around in the legal community was not the true story, noting that he had first-hand knowledge of what transpired.

However, he said he pleaded on behalf of Eburu Ekwe Barth both in the open court and when the court rose.

According to the information availed to ASKLEGALPALACE, It is true that Eburu Ekwe Barth interjected when the ruling was going on but that was not the main issue, that led to the court convicting of contempt.

He said the application for which the Magistrate was delivering the ruling on was in respect of an Application made by the Plaintiff Counsel that the matter be referred to the multidoor for arbitration, the Defendant Counsel came late into the Court room while the Plaintiff’s Counsel was moving the Application (the matter was coming up for the first time) so the plaintiff counsel May not have known if the defendant had a legal representation, the Counsel started confronting the Plaintiff Counsel on the issue of appearance but the Court asked them to be calm and later allowed the Defendant’s Counsel to announce his appearance.

“Upon announcing his appearance, the Court now asked him to respond to the application that the matter be sent for arbitration he responded that he was not in court so he doesn’t know what has happened, the Magistrate read the application from his record and requested him to respond, he started by saying that the Plaintiff’s Counsel deceived his client as he had claimed he is going to withdraw the matter. Another round of altercation arose between the Plaintiff’s Counsel and the Defendant counsel.

The court at that point proceeded to deliver its ruling.

“While delivering the ruling, the court was now giving a summary of submission of both counsel, he mentioned the issue of withdrawal of the suit that the Defendant counsel made mentioned of, that was when the Defendant counsel rose up and started interjecting the Magistrate that he never said the matter should be withdrawn. I tried to calm him down at this point but he ignored me and proceeded to say” it appear there’s a conspiracy against my client”.

“The Court asked him to sit but didn’t and the court told him that he would be cited for contempt and he responded that the court should go ahead.

“The court asked him to enter the dock and purge himself of the contempt. I stood up to appeal to the court but at that point the Magistrate was already furious he asked me to sit down otherwise he will ask me to enter the dock too, I sat down.

“The Magistrate gave a ruling he is not satisfied that the counsel have purged himself of the contempt and sentence him to 2Months imprisonment.

“That was actually what happened. I am not writing this because I want to justify the conduct of any one, I know we all have different ways of responding to issues but let’s be properly guided,” he stated.

However, speaking with the Chairman NBA Abuja(Unity Bar), said, the branch is already on the matter and it will be resolved.