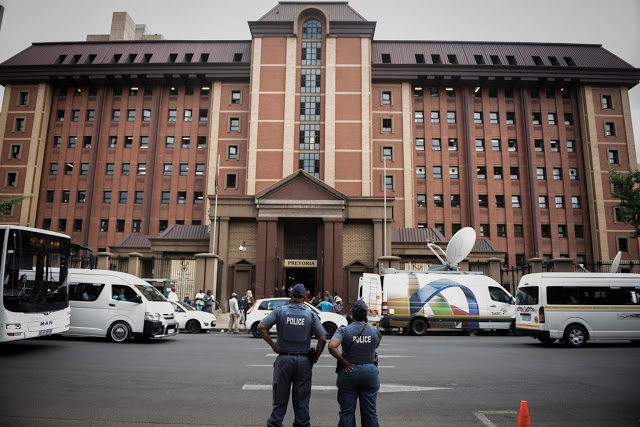 A court in South Africa has turned down a father’s renewed bid to share in the R15 million left behind by his late son whom he had not seen since the child was six months old.

According to South African news outlet, IOL, the man, identified by the Gauteng High Court in Pretoria as TM, appealed against an earlier ruling that only the child’s granny, who raised him, and the child’s mother, would share the millions.

The man maintained that as he was the biological father, he stood in line to inherit.

But Judge Jody Kollapen earlier found that a parent did not in the strict sense of the word need to be the blood and biological parent to inherit if the child died intestate (without a will).

The child, who was born with cerebral palsy, died in 2018 at age 5, a few days after the court terminated the parenthood of his father.

Shortly before the child died, a protracted legal battle was finalised in the Gauteng High Court, in which the grandmother and the mother were granted full parental responsibilities and rights and the father’s rights were terminated.

The child’s estate comprised a payout from the Department of Health after the child was left with brain damage due to the negligence of medical staff during his birth. The money was due for his future living expenses and it was controlled by an executor.

The child died shortly after the payment was made. The executor of the child’s estate initially turned to the court for guidance as to who should inherit the R15m.

The granny took over the care of the child as the unemployed mother could not cope. A family advocate, however, said the mother tried her best to also take responsibility. As there was no will, the executor asked Judge Kollapen whether the parents should inherit.

The father, in demanding his share, conceded that his parental responsibilities and rights were terminated, but suggested his obligation to maintain the child remained intact.

The judge, however, ruled that the granny and mother equally share in the inheritance.

The father, however, argued that the judge erred in finding that he never assumed any parental responsibilities and rights and did not contribute in any manner to raising the child. He added that the court was also wrong in not holding that the word “parent” in the Intestate Succession Act was a reference to blood relationships.

The judge said the man had made much of what he termed a factual dispute with regard to whether he assumed parental responsibilities in respect of the minor child.

“Notwithstanding what he may say with regard to his alleged contribution, the reality of the matter and the legal position is far from being in dispute. The applicant did not acquire any parental rights in respect of the child in terms of the Children’s Act,” Judge Kollapen said.

The judge added that in any event, his rights were terminated in 2018.

Regarding the father’s insistence that “parent” must always mean biological parent in terms of the law, such an interpretation would be offensive to both the provisions of the Constitution and the Children’s Act.

He concluded that it could not be said that there was a reasonable prospect that another court would come to a different finding on this issue.