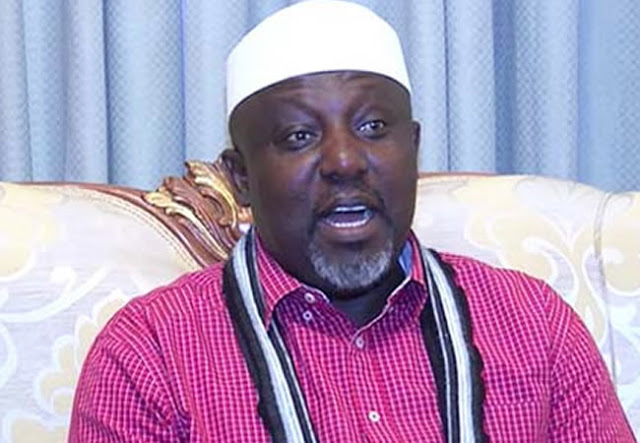 The trial of the 14 associates and workers of a former governor of Imo State, Rochas Okorocha, was on Thursday stalled following the absence of the prosecution counsel.

The ex governor’s associates and workers, including his Aide-de-Camp, Eberendu Chimechefulem; senior legislative aide, Steve Asinubi; and 12 others were on February 22 arraigned before magistrate B.U. Adikaibe of the Magistrates’ Court 4, Owerri, for allegedly breaking into the sealed Royal Spring Estate, Owerri, owned by Okorocha’s wife, Nkechi.

At the resumed trial on Thursday, the Director of Public Prosecutions, who is the state counsel, Mr S. C. Ibechem, pleaded with the court for an adjournment due to her poor state of health.

She stated that he had an appointment with her doctor and wished to honour it.

In response, the defence counsel, Eddy Onyema, said that he had no objection with Ibechem’s request.

The matter was subsequently adjourned till April 22, 2021, for the continuation of trial.

One of the suspects, Darlington Ibekewe, caused a stir in the court when he appeared on crutches and in neck collar.

He told journalists that he was attacked, adding that no amount of intimidation would make him run away from the state.

The 14 loyalists and workers of Okorocha were on February 22, 2021, accused of conspiring among themselves to disobey a lawful order by removing the seal of the state government and entering the sealed premises of the Royal Spring Palm Hotel and Apartments belonging to Okorocha’s wife.

The police prosecutor, M. A. Omo-Osagie, had also told the court that Okorocha’s former appointees, Lasbery Okaforanyanwu, Ijeoma Igboanusi and his sons-in-law, Uche Nwosu and Dr Uzoma Anwuka, were at large.