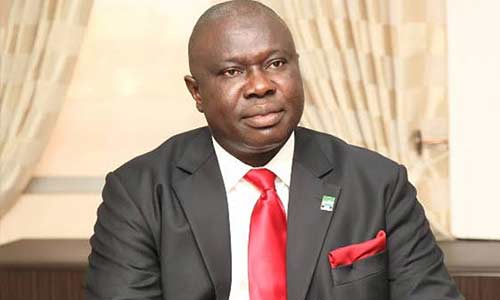 Justice Mohammed Liman set the date after the Economic and Financial Crimes Commission (EFCC) closed its case upon the testimony of its second and final witness, Adewale Taiwo Olatunji.

Ikuforiji is standing trial alongside his former Personal Assistant, Oyebode Atoyebi, on 54 counts bordering on the alleged offences.

They pleaded not guilty before Justice Mohammed Liman last December 11 and were allowed to continue on a N500 million bail granted to them in 2012 when they were first arraigned.

Liman’s ruling yesterday followed an application by Ikuforiji’s counsel, Mr Dele Adesina, SAN, for a short date to either open defence or file a no-case submission.

The judge granted his prayer for the former.

Led in evidence by EFCC counsel, Mr Ekene Ihenacho, the witness, Olatunji, identified himself as a retiree and former clerk of the Lagos State House of Assembly (HoA).

Olatunji, 70, identified the former speaker and his personal assistant in the dock.

He recalled receiving two letters from the EFCC; the first concerned the agency’s intention to investigate the HoA’s financial dealings. The second was an invitation to him to appear before the Commission in relation to the investigation.

“When they came, I directed a staff of the house to cooperate with them and give them what they required,” Olatunji said, adding that he later honoured the invitation at the EFCC’s Abuja headquarters.

The witness confirmed that he was aware that the EFCC officials demanded for and were given documents.

“The documents were majorly cash registers,” he said.

Upon being shown one of the documents – which were in the court’s possession as exhibits – the witness Identified same as a certified true copy of a cash register forwarded to EFCC by the HoA.

Responding to a question by Iheanacho, he confirmed that in his time, the HoA had five accounts, but could not recall all of them.

“It was a long time ago. We had WEMA Bank, Equitorial Trust Bank, Skye Bank, which had two accounts,” Olatunji said, adding that he was not aware if any of the banks had branches within the HoA complex in Alausa.

Iheanacho: “Who approved payments in the exhibits?

Olatunji: “The Speaker had power to approve. Speaker approved all expenditures above N50, 000. The Honourable Adeyemi Ikuforiji was the Speaker at the time.”

Iheanacho: “That’s all for the witness.”

During cross-examination by Adesina, the witness summarised his testimony.

Adesina: “All you’ve said concerning the first defendant is that he was the speaker and approving authority.

Adesina: “The banks you mentioned, did they have branches within Alausa?

Adesina: “The House of Assembly and state secretariat are in same vicinity of Alausa?”

Adesina: “You made a statement in respect of this matter with the EFCC?

Adesina: “That will be all for this witness.”

Justice Ibrahim Buba of the Federal High Court, Lagos, discharged both men of the same allegations in 2015 on the ground that they had no case to answer.

But the lower court’s decision was reversed by the Supreme Court, following which Ikuforiji and Atoyebi were last December 11 re-arraigned by the EFCC before Justice Liman.

In the new charge dated June 4, 2013, the EFCC filed 56-counts against the former speaker and his aide.

It alleges that Ikuforiji and Atoyebi between April 2010 and August 2011 conspired to commit an illegal act, to wit, accepting various cash payments amounting to the sum of N673m from the Lagos State House of Assembly without going through a financial institution, thereby committing an offence contrary to Section18(a) of the Money Laundering Act 2011.