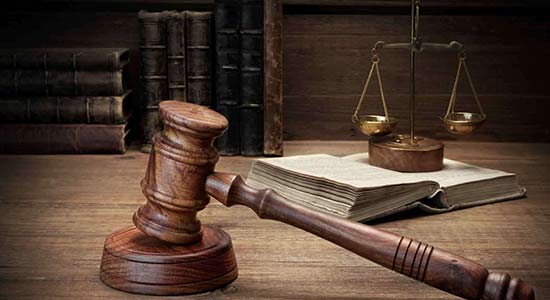 A Federal High Court in Lagos has fixed May 5 to continue the criminal trial of Petro Union Oil and Gas Company Limited and its officials.

The presiding judge of the court, Justice Mohammed Liman fixed the date after the prosecution, the Economic and Financial Crimes Commission (EFCC), presented a key witness from the Central Bank of Nigeria (CBN) in the case.

The four Directors, Abayomi Kukoyi (trading under the name and style of Gladstone Kukoyi & Associates), Prince Kingsley Okpala, Prince Chidi Okpalaeze and Prince Emmanuel Okpalaeze are facing a 13-count charge, including alleged forgery, conspiracy, obtaining by false pretences, procuring and uttering a Barclays Bank cheque in the sum of £2.556 billion, and fraud.

They were also alleged to have sometime in April 2007, forged a statement of account purported to have been issued by the CBN in the name of Goldmatic Limited, which was used to obtain judgment in the sum of £2,159,221,313.54 billion from the Federal High Court.

In his testimony, the witness, Mr. Leke Akinkunmi, Associate Head, International Funds at the CBN, gave evidence that the CBN, like other apex banks globally, functions as a banker to banks and the government, and does not hold accounts for private individuals or companies.

Following his testimony, the defence lawyers led by J.K Gadzama (SAN) and Bolaji Ayorinde (SAN) could not dent the credibility of the witness in cross examination.

During the penultimate hearing in January 2021, the anti-graft agency had presented other key witnesses including former Minister of Finance, Senator Nenadi Usman.

The former minister testified about how she received and responded to a request from Petro Union for approval to bring an investment of £2.556billion into Nigeria.

She stated that she directed the company to approach the CBN since a new law had by then divested the Ministry of any involvement in approving foreign investments into Nigeria.

She clarified that the response of the Ministry of Finance which she signed was by no means an endorsement or confirmation of the investment.

Another prosecution witness at the hearing in January, an official of the Federal Ministry of Finance, Ojetunde Oluwaseyi, had also presented several documents which Petro Union had relied on to obtain the judgement in question.

He explained that he had never heard of the purported author of most of the documents during his career in the Federal Ministry of Finance.

He explained further that there are several incongruities in the documents presented including the fact that several letters containing different information on the same subject matter were written on the same date and given the same reference number.

He explained that this is contrary to the practice in the Federal Civil Service and he strongly suspects that the documents were forged and created to achieve a particular clandestine purpose.