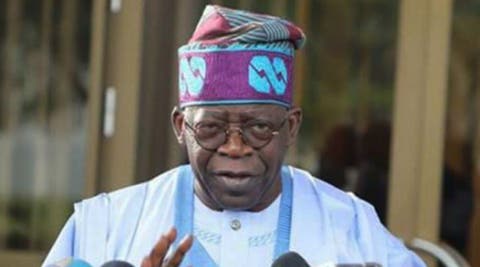 The National Leader of the All Progressives Congress, Asiwaju Bola Tinubu, on Saturday spoke on the farmer-herder crisis, urging state governments to convert unoccupied public land to ranches for herdsmen.

He also enjoined the Federal Government to convene a meeting of all state governors, security officials, traditional and religious leaders, including representatives of herders and farmers, to find solutions to the lingering conflict

In recent times, nomadic herders have been accused of trespassing on farms and destroying crops with their cows in several parts of the country, particularly in the South-West.

Some herdsmen have also been accused of raping, kidnapping, and killing in host communities.

Many leaders in Yorubaland, including a chieftain of the socio-political group, Afenifere, Chief Ayo Adebanjo, had criticised Tinubu for failing to speak on the crisis due to political reasons.

However, Tinubu on Saturday broke his prolonged silence on the issue by canvassing the conversion of unoccupied public land to ranches to solve the lingering conflict

“Unoccupied public land can be fenced into grazing areas or ranches and leased to herders on a very low-cost, nominal basis,” Tinubu said in a statement he signed and titled, Statement on the herders crisis.

It was not the first time, though, that the APC leader would make such a call.

He had in October 2018, while addressing a National Summit jointly organised by The Nation Newspapers and Television Continental, called for the conversion of unoccupied land to grazing reserves as a way of resolving the herdsmen violence.

He reiterated his position on Saturday, noting that the crisis had taken on violent dimensions.

The APC leader said the crisis had cost too many innocent lives and destroyed the livelihoods of many.

He said although there had been sporadic disputes in the past, the current crisis was more serious, noting that economic and climate change factors, the proliferation of weapons, generalised increase in criminality, and the weakening of social institutions were all playing a role.

Tinubu said increased security measures alone could not solve the farmer-herder crisis, recommending that after the Federal Government should convened a security summit involving all the stakeholders, the state governors should convene follow-up meetings in their states to adopt the solutions suitable for their states.

He said, “Governments need to employ new technology and equipment to enhance the information gathering/surveillance and response capabilities of law enforcement.

“Help the herders’ transition to more sedentary but more profitable methods of cattle-rearing. Unoccupied public land can be fenced into grazing areas or ranches and leased to herders on a very low-cost, nominal basis.

“The leasing is not intended to penalise herders. Rather, the nominal fee is intended to ensure the herders are invested in the project and incentivised (by reason of their investment) to use the land provided. This aspect will also mitigate any resentment over herders being given land for free.

“Government, in turn, being a responsible lessor, must help with supplemental feed and water in these areas. This will enable herders to better maintain and care for their livestock, thus enhancing their incomes.

“Herders can augment income by becoming suppliers to the leather goods industry. Additionally, herders can also develop a more symbiotic relationship with farmers by, for example, trading animal compost to the farmer in exchange for animal feed.”

Correspondingly, Tinubu said governments should assist farmers to increase productivity by supporting or providing subvention for their acquisition of fertiliser and machinery.

He also urged the establishment of commodity boards to guarantee minimum prices for important crops.

“In the medium- to long-term, resources must be dedicated to establishing better irrigation and water catchment systems to further improve farm productivity and mitigate the dire impact of flood and drought cycles brought about by extreme climatic conditions,” he said.

The APC leader also called for the establishment of a permanent panel in each state as a forum for farmers, herders, security officials and senior state officials to discuss their concerns, mitigate contention, as well as identify and douse trouble it before it erupts.

Also, Tinubu cautioned against fanning the embers of hatred, saying such could worsen the farmer-herder crisis.

“Sadly, others who should know better have incited matters by tossing about hate-tainted statements that fall dangerously short of the leadership these people claim to provide,” he said.

“This is no time for reckless chauvinism of any kind on either side of this dispute. This matter is not ethnic in factual origin or actual causation, although in the minds and hearts of too many, it has become ethnic in recrimination and impulsive action,” he added.

Tinubu also said the situation of the herder was becoming untenable, saying their nomadic ways had increasingly fallen in conflict with the dictates of modern society.

“This way of life is centuries old and steeped in tradition. We can never condone or accept violence as a valid response to any hardship.

“However, we all must recognise and understand the sense of dislocation caused by the sudden passing of such a longstanding social institution,” he said.

Meanwhile, commenting on Tinubu’s proposition on the farmer-herder crisis, Afenifere chieftain, Adebanjo, said no state should be compelled to convert any land to ranches.

In an interview with newsmen, Adebanjo also urged Tinubu to press for the restructuring of the country.

“No state should be compelled to convert any land to ranches. States should be free to decide if and where there is a need to establish ranches,” Adebanjo said.

He added, “Tinubu should go further to press for the restructuring of the country now, whereby the state governors will be the Chief Security Officers of their states in law and in practice as against the present situation when they have no control over the police.”

In a similar manner, the Secretary- General of the Yoruba Council of Elders, Dr Kunle Olajide also disagreed with Tinubu’s suggestion.

Olajide said cattle business should be treated like other private businesses, adding government’s attitude of pampering of herdsmen must stop.

He said, “The pampering of herdsmen should stop. Cattle business is a private business like any other agricultural businesses such as poultry.

“The herdsmen should be treated like other people. Why should the public land be fenced and used as ranches? They should go through the normal processes which others business owners go through if they want land. The land belongs to the people and it is only held in trust by government for the people.

“Everybody should be subjected to the same law. There is no moral or legal justification on why public land should be fenced with public money and used to pamper the herdsmen.”

The YCE secretary also disagreed with the former governor of Lagos State that such land when fenced should be leased to herders at a low-cost. “Why should the charges be nominal? As for me, I don’t agree with that. Everybody should be treated the same way. In as much as government does not convert public land for the use of engineering firms and other businesses, everybody should be treated the same way,” he added.