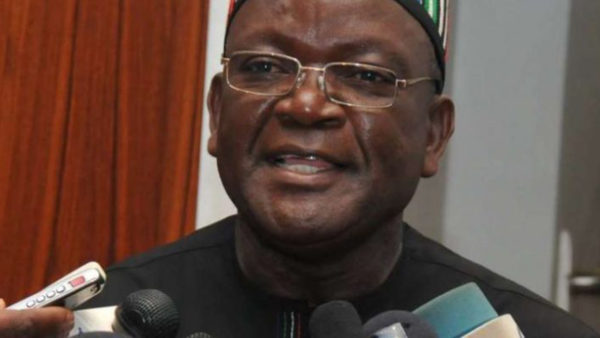 Gov. Samuel Ortom of Benue says his administration will no longer negotiate with or grant amnesty to criminals under any guise in the state.

Ortom stated this on Saturday in Anyiin, Logo Local Government Area of the state at the burial of Mr Terkura Suswam, the slain elder brother of former governor, Sen. Gabriel Suswam.

The News Agency of Nigeria (NAN) reports that Suswam was killed along with his aide, Mr Solomon Utanor on March 2, close to his residence in Anyiin.

The governor condemned the crime rate in Logo, Ukum and Katsina-Ala, reiterating his determination to end all forms of criminalities in the state.

“There is no more amnesty, no more negotiation with them, (criminals) except they come back like the prodigal son and plead for forgiveness,’’ he said.

According to the governor, the State Security Council has declared total war on the assailants and other criminal elements in the state and no matter how long it takes, they will be defeated.

He described the late Suswam as a great man who would ever be remembered for his legacies, pointing out that he died struggling to bring peace, prosperity and economic development to his community, Anyiin.

The governor expressed concerns that the incident may deter investors from coming to invest in the village but he appealed that such investors should not be distracted by the unfortunate incident.

“You can see in Anyiin alone, we have Ashi Polytechnic, Ashi International Market, Micro Finance Bank and a Rice Mill.

“These are the things that we are using to woo investors to come and do business in the state because government does not have the resources to do it alone.

“The late Suswam saw it but unfortunately, he met his death right here in Anyiin struggling to work and add value to the economic development of the community,’’ the governor said.

Ortom reiterated his administration’s commitment to go after those who had taken to crime in the state, particularly the Sankera axis.

“From intelligence report, some members of the community are supporting these criminals which makes it difficult for security men.

“I want to assure youths in the state, not only in Sankera, that we are going to go after these criminals and by the grace of God we will get them.’’

The governor appealed to Sankera people to support the government and security agencies to be able to restore law and order in the troubled local governments.