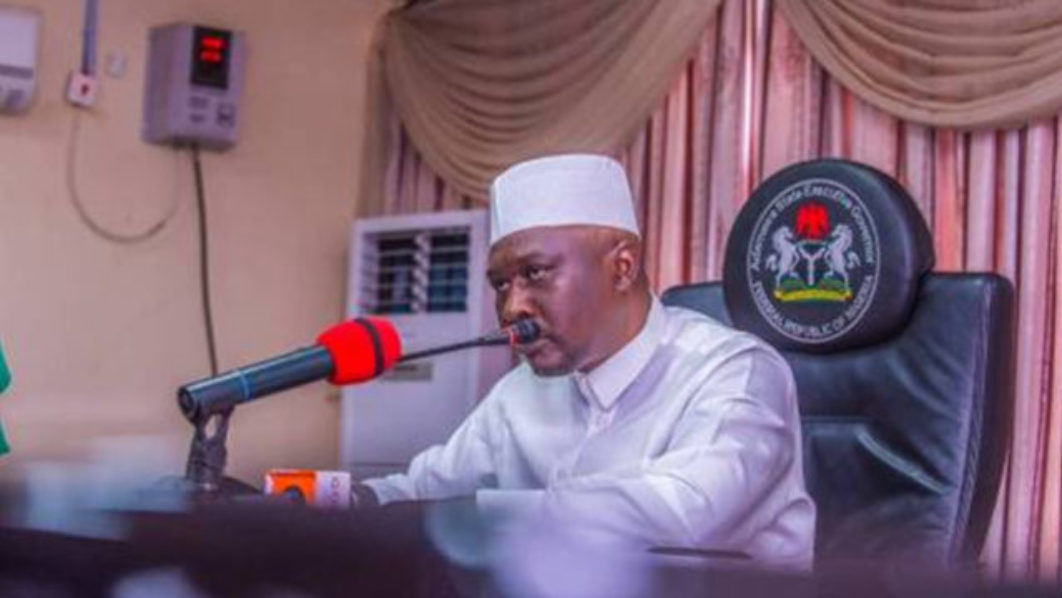 Gov. Ahmadu Fintiri of Adamawa, has challenged the state-owned University to develop alternative means of power supply to the university.
Fintiri, who threw the challenge at the combined 5th – 12th convocation ceremony of the University, held on Saturday, in Mubi, said that he was aware that the University was grappling with service problems, such as lack of safe water, electricity, and waste disposal.
” Instead of spending millions on diesel to power generators for instance, why can’t the university devote itself to research in alternative and cheap energy in the long run, for the campus.
” With all the Physics and other related researchers, why must the university be part of the diesel guzzling community?
” We need to domesticate excellence on the campus in order to export it into the society “. Fintiri said. He said that he was happy with the number of Professors in the University and prayed that the development would translate into researches and innovations/inventions that could be linked to markets, industries.
Fintiri explained that the state government had approved an annual grant of N25 million Naira to the University for research and publications, in journals of international repute, explaining that the grant would have a budget line in the state’s budget for the next four years.
” Our strategic plan is to expand the faculties, by establishing a Faculty of Medicine and a Teaching Hospital, before the end of our term in office.
” This will no doubt deepen Health Care Services in the State and make our Health Sector reforms complete”. Fintiri said.
In her address, Prof. Kwaletapwa Farauta, the university’s Vice Chancellor, disclosed that a total of 11,625 graduands would be conferred with various degree certificates at the convocation.
She said that the university had secured 98 and 100 percent accreditation for all its undergraduate and postgraduate programmes, respectively.
” The university has secured the National University’s Commission approval for two new Faculties, 13 Departments and Seven programmes. It now has 50 professors as against three Academic staff in the Professional Cadre in 2017”, Farauta said.
In his remark, the Chancellor of the university and Emir of Pindiga, Alhaji Mohammed Ahmed, said he would strongly align himself with the need for the university management to invest heavily on entrepreneurship skills development, as a compulsory component of its curriculum.
The News Agency of Nigeria ( NAN) reports that the university has in nine years graduated 92 First Class, 2,793 Second class Upper , 4,975 Second class lower 2, 384 Third class and 291 others with Pass degrees.
In this article:
Category : Uncategorized
Tags : Ahmadu Fintiri Kwaletapwa Farauta METRO
PreviousWTO’s Ngozi Okonjo-Iweala on 4-day courtesy visit, to hold talks with President Buhari, stakeholders on economy
NextTinubu charges Nigerians on unity, decisiveness to end farmer-herders’ crisis