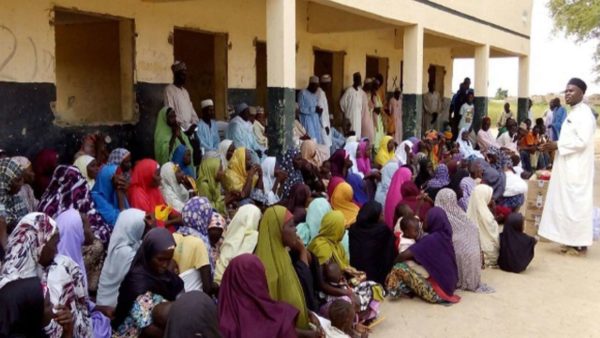 The present tension in Nigeria following the murderous activities of the Fulani herdsmen in the last few years and the forced reactions of the frustrated victims of their atrocities in the South necessitates the need to re-visit this topic, the North and the rest of us. The Fulani herdsmen constitute an integral part of Nigeria’s North.

The government of the pseudo-federation under the control of a retired army General who himself is a Fulani, exacerbated the tension by not doing anything visible to stop the heinous activities of the rampaging Fulani terrorists especially in the South and Middle Belt of the country. The suspicious silence of the president and the Federal Government on the issue has become too deafening to the victims of the atrocities. This again is aggravated by the overt and covert support of the Northern elite for the Fulani terrorists. When a governor in the South ordered the killer Fulanis to vacate their hideout in government forest reserve, the Northern elite cried foul. To them, because they are Northerners, the Fulanis are free to engage in criminal activities anywhere in Nigeria.

Apart from the unfortunate events that snowballed into the avoidable fratricidal civil war in the country between 1967 and 1970 and the attendant loss of lives and properties, no other issue had heated the polity more than the prevailing situation now in which some Fulani herdsmen appear to be enjoying unwarranted immunity in their gruesome murder of innocent Nigerians.

It is an indisputable fact that there was no nation called Nigeria even as late as the close of the 19th century. Different groups and nationalities with ethnic and linguistic affinities occupied the geographical areas where Nigeria is found today. Before the advent of the British imperialists, each group was enjoying its independence and control over its affairs. It was in 1914 that the colonialists lumped them together to form a contraption called Nigeria.

The two territories (Northern and Southern parts of Nigeria) were parts of British imperialist’s own share (or is it loot?) arising from the Berlin conference in 1884 by the Europeans who were then scrambling for the control of hapless Africans and their territories among themselves for maximum exploitation.

With the emergence of the Europeans at different times also emerged three distinct administrations within the geographical areas today known as Nigeria. This arrangement lasted until 1906 when they were reduced to two viz; the Northern and Southern Protectorates. The colonial powers put them under the control of Frederick Lugard in 1912. Yet, they were still being administered as different entities.

Apart from other factors that made separate administrations under the colonial rule absurd and uneconomical, a re-nowned Professor of History revealed that: “unification also provided a means by which the impoverished Northern Protectorate could share with the South the enormous revenue accruing to her from customs receipts.

Southern Nigeria was financially self-supporting while British administration in the North was kept going with an annual grant-in-aid fixed at a hundred thousand pounds between 1912 and 1918…The point to note was that while Southern Nigeria proved itself as a viable economic frontier, Northern Nigeria in spite of its vastness was a classic example of an ‘uneconomic imperialism’, at least up till the time of amalgamation.”

Implicit in the above is the fact that the parasitic relationship of the North with the South dated back to the pre-amalgamation era under the colonialists. In fact, the colonialists, in their efforts to prepare Nigeria for neo-colonial agenda, ensured that no other person from the South could be in control of power in Nigeria apart from a Northerner who they knew could easily be manipulated by them after independence. They pampered the North into becoming the spoilt child of the Nigerian politics which they remain until today.

This explains why the North wants to dominate and/or dictate everything in the country. It is either one of them controls the reins of government or they determine who does. For instance, if one may ask: Why was MKO Abiola’s election annulled in 1993 by a government led by a dictator from the North? If Tofa (a Northerner) had won the election, would they have annulled it? This question remains unanswered till today. This hegemonic tendency of the North has always been one of the major sources of tension in the country. It has always been a case of the blind leading those who can see clearly. The consequences are what we are seeing today.

Since the amalgamation, the union between the North and the South had functioned more as an association of incompatibles. The poor and hapless masses in the country are the greatest losers. The situation reduces the country to the Hobbesian state of nature where life is nasty, brutish and short. It is even more glaring in the North among the downtrodden. With struggles to acquire Western education, the situation is better among the rest of us in the South. But with the well entrenched antiquated feudal system in the North, the Northern elite try to keep the poor masses away from education for them to accept their oppression as the normal way of life. Only the children of the elite appear to be having unhindered access to education and good things of life.

The Northern elite appear to be doing this wittingly as showed by the experience of a young man from the South who was posted to one of the core Northern States for his mandatory National Youths Service Corps (N.Y.S.C) some years back. This young man found it difficult to believe what he saw. The house where he was lodged belonged to one of the Northern elite. The boy noticed to his amazement that the children of the Security Guard employed to keep the house were not going to school at all. He challenged their father why he did not care about his children education. His reply shocked the young man further. The ignorant Guard did not even know that his own children had right to education which of course was free. The young N.Y.S.C man then made arrangement to get uniform for the innocent children to join other children in school.

The greatest shocker for the young man from the South came when the Northern elite owner of the house came on a visit. Unfortunately for the innocent children of the Guard, the landlord came at the time they were coming from school. The Northern elite felt disappointed seeing the children coming in school uniform. He queried the Guard about what he was seeing. The man explained that it was the N.Y.S.C man who enlightened them. He then flared up with the young man asking him whether that was what he came to do in the North. Thereafter, he arranged for the transfer of the young man out of the area.