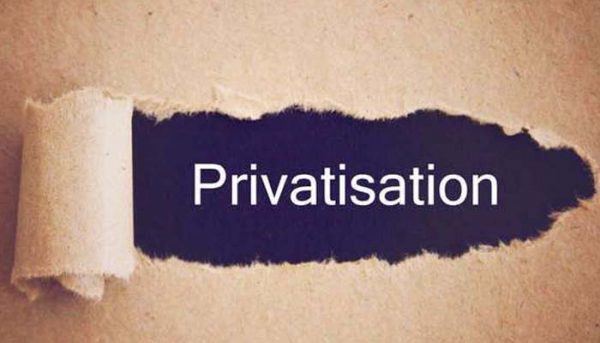 Between 1988 and 1993, Alhaji Hamzat Rafindandi Zayyad (1937-2002) dominated the headlines in this country. He was in the news not because he was the first chartered accountant from the old Northern Nigeria. He became an accountant in 1963. He was in the news not because he was a mentor and godfather to many public officers especially from northern states including the current Governor of Kaduna state, Mallam Nasir El-Rufai, a surveyor, who has been elected twice as the Governor. Alhaji Hamzat was in the news because he was appointed by General Ibrahim Babangida, GCFR, in 1988 as head of the technical committee on Privatisation and Commercialisation in Nigeria. He studied accountancy in Leeds. While in Leeds, he was very close to another Nigerian who also studied accountancy In Leeds at that time Olu Christopher Akindolire, 85, the former managing director of Tate and Lyle sugar company who is now the Lisa of Idanre in Ondo State. In the early 60 s, Alhaji Zayyad was the best friend of Major Yakubu Gowon who later became Head of State in 1966. He married Folashde Okuboye Maimanatu who bore him four kids one male three females. In June 1966, he was appointed chief accountant of the Northern Nigeria Produce Marketing Company, a central marketing agency for agricultural export produce. He was transferred from the position to Ahmadu Bello University later that year. He later rose in the field of finance to become the bursar of Ahmadu Bello University in 1968. From 1976 to 1981, he was the managing director of the New Nigeria Development Company (NNDC), an investment holding company. I knew him through Alhaji Gidado Idris, GCON, the late Secretary to the Government of the Federation. I once asked Alhaji Zayyad why he had white linen wrapped with his cap, he replied, that he was a titled chief, the WAZIRI OF RAFINDADI in Katsina state, a title once held by his grandfather. He was a friend to so many including Oba Otudeko, CFR, the Guru in the First Bank of Nigeria Limited.

In 1988, Privatisation bandwagon was a matter of Political and Economic ideology to raise revenue or reduce the cost of government. While Alhaji Zayyad was the Chairman of the Privatisation Committee, the Secretary of the committee was Chief Omowale Kuye (1928-2015).

Some members of the committee included Chief Gbadebo Bisi Omidiora and Alhaji Shamsuddeen Usman (71) who later became Nigeria’s Minister of Finance between June 2007 and 2009 and Minster of National Planning between 2009 to September 2013. It was Chief Kuye who recommended Chief Ernest Adegunle Oladeinde Shonekan (84), GCFR, then Chairman of UAC, to be a member of the committee. It was Chief Shonekan’s first Job in government. The committee became the launching pad of Chief Shonekan’s rise in government. When General Babangida dissolved the Armed Forces Ruling Council on January 5, 1993, he named Chief Shonekan, the Abese of Egbaland as a member of the governing council of the National Defence and Security Council. It was on that day the National Council of Ministers was replaced with a transitional council headed by Chief Shonekan. When General Babangida “stepped aside” on August 26, 1993, he made Chief Shonekan the Head of the Interim Government.

Chief Kuye handed over as Secretary to Mr. Bernard Beeor Amasetimin Veer from Mbakor in Benue state. Before his retirement in 1993, Chief Omowale Kuye was Permanent Secretary, budget. Chief Kuye, OFR, the Osi Olubadan, an economist and a lawyer was a sage. The activities of the committee were later transferred to the CABINET OFFICE for effective monitoring.

Eventually the committee came under the Ministry of Nigeria Enterprises and Promotion Board of which Dr. Chukwuemeka Ezeife (81), the Okwadike was Permanent Secretary. Dr. Ezeife was elected governor of Anambra State in Nigeria from January 1992 to November 1993 during the Nigerian Third Republic. He was a principal planning officer in the National Planning office under Chief Gilbert Obiajulu Chikelu (90), who was then the director. Other senior officers who worked under Chief Chikelu at that time in the 70 S were Chief Samuel Oluyemi Falae (81) (macroeconomics), Chief Evboyomwan Kenneth Oyegun (social services), Chief Fajobi, Remi Olowude, Gbenga Tiamiyu, Wole Okunfulire, Chief Ilugbuyi, Dr. S.O. Bababunmi, Chief J.O. Ayo, Boye Ilori, Mr. P.I. Adegbayo and others.

In 1986, the inefficiency of state owned enterprises became the launching pad of a global programme – Structural Adjustment Programme (SAP) with the main objective of ensuring efficient and effective resource allocation and utilization in Nigeria. Privatization was then adopted to achieve this objective and formed an integral part of the SAP. At that time, one hundred and eleven public institutions were listed for privatisation while thirty-four others were listed for commercialization. During the first phase of the privatization exercise which lasted from July 1988 till June 1993, about 88 government-owned enterprises were either fully or partially privatized jointly with foreign or private Nigerian investors. However, for basic industries with large capital requirements such as vehicle assembly plants, paper and steel mills and sugar and fertilizer companies, privatization proved challenging due to the financial insolvency and negative net assets of these entities. This first phase of the privatization programme had an absolutely positive outcome and succeeded in providing relief for government in financing public enterprises. In short the central government was not thinking of the gigantic unemployment the privatisation programme would bring about but the government was thinking in terms of the waste those moribund companies had become. In promulgating the Privatisation and Commercialisation decree of 1988, General Babangida later promulgated seven decrees. They are Securities and Exchange Commission, Decree 229, 1988,

The mandate given to AIhaji Zayyad was just to privatise. Alhaji Zayyad’s committee, later transformed to what we now know as the Bureau of Public Enterprises under General Abdusalam Abubakar, GCFR.

Teniola, a former director at the Presidency wrote from Lagos.