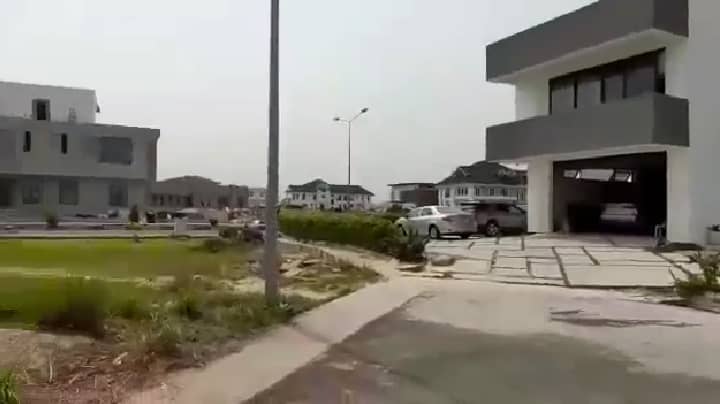 A woman, who is 104 years, Mrs Margret Onwuelo from Nnewi in Anambra state has sued a prominent Anambra businessman and 14 others to Nnewi High Court, alleging that they demolished her house located at No 136-140 Abel Okoye road Egbu, Umuenem Otolo Nnewi and left the family homeless.

Mrs Onwuelo through her counsel, J.O Asoluka (SAN), listed the defendants who were led by the businessman to include, Ikechukwu Onwuelo, Ebuka Ileka, Afam Obiekosi and Charles Onyeka.

The woman, in an 83-paragraph statement of claim told the Court in case no HN/59/2020 that the defendants had on January 6 demolished her family properties located at No. 136-140 Abel Okoye road, Egbu, Umuenem Otolo, Nnewi.

She prayed trial judge, Justice D. C. Maduechesi to among other things declare that “by the invasion, trespass, demolition and subsequent actions of the defendants on the properties, the plaintiffs’ constitutionally guaranteed right to dignity of human person, right to own properties, right to private and family life and right to personal liberty were grossly violated.

“That the plaintiffs are entitled to the statutory right of occupancy of the piece of land; that the private second access road paved in the middle of the land by Benjamin Akamelu, his agents and privies without permission of Mrs. Onwuelo amounts to trespass.

“An order that the defendants pay N30, 925, 000 as estimated value of damaged structures; N21, 494,750 to cover properties carted away when the place was invaded; N1. 3 billion as aggravated and exemplary damages the plaintiffs suffered; N320 million for gross violation of the plaintiffs’ constitutionally guaranteed fundamental human rights when they invaded the land and N100 million for damages occasioned by trespass and creation of private access road; and N50 million for the cost of action assessed in that sum”.

The plaintiff, who sued along with her three daughters namely: Margaret Ukachukwu, Felicia Ezeudo and Clementina Okolo for themselves and on behalf of Edward Onwuelo family in their statement of claim alleged that the businessman who led the vandalisation and grabbing of the land had no family ties with the them whatsoever, and is not from the village where the land is located.

She further stated that for more than 67 years she and her family were in “uninterrupted peaceful possession of the piece and parcel of land, cultivating same”, saying that they trespassed into her property because she has no surviving son.

After the presentation of the matter by her counsel, Justice Maduechesi adjourned the case for hearing to May 12, 2021 and warned that any party that will default in appearing on the days the case is listed for hearing will pay a fine of N50, 0000 to the other.