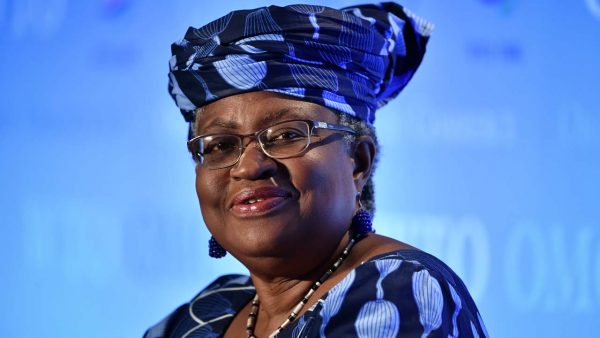 The flurry of congratulations pouring into Dr. Ngozi Okonjo-Iweala on her appointment as the Director-General of the World Trade Organisation (WTO) effective March 1, 2021, clearly confirms the saying that “success has many relatives” and that “failure is an orphan”.

Being the first woman and first African to be appointed to this exalted position, numerous messages have come from heads of states and governments, the European Union, African Union, various multilateral organisations and from key stakeholders within the country including President Muhammadu Buhari, President of the Senate, Speaker of the House of Representatives, governors of her home Delta State and a host of many others.

Dr. Ngozi Okonjo-Iweala, who has spent a greater part of her life in the United States with her U.S.-trained neurosurgeon and Abia State-born husband, Dr Ikemba Iweala and who holds dual citizenship, having recently acquired U.S. citizenship is thus, also the first American to hold the WTO top position.

The appointment became plausible after the Joe Biden administration of the United States endorsed her candidacy and invariably prevailed on her main challenger Yoo Myung-hee, the Trade Minister of South Korea to withdraw her candidacy. This was a clear departure from the tough stance of the out-gone Trump administration, which had endorsed the South Korean for the job contrary to the position taken by the other 164 members of the WTO. Dr. Okonjo-Iweala thus became one of the early beneficiaries of the Biden-Harris administration “America is back” policy.

The appointment, which comes into effect on March 1, 2021, is scheduled to run beyond the statutory four years the first term to August 31, 2025, a total of four and a half years. She thus has to brace up for the long task ahead since she is entitled to a second term of another four years with satisfactory performance in her first. It is hoped she would run this race to the end unlike her predecessor, the immediate-past Director-General, Roberto Azevedo of Brazil who, for personal reasons, voluntarily relinquished the office in August 2020, one year before the expiration of his second term.

The work of the WTO is quite a challenging one. The organisation, which was set up in 1994 under the Marrakesh Agreement to replace the 1948 General Agreement on Trade and Tariff (GATT), is the foremost and only international body that governs multilateral trading systems among its members of 164 countries, with the aim of facilitating a seamless and hitch-free trade through the instrumentality of trade rules, trade negotiations and trade dispute resolutions, among others. Dr. Okonjo-Iweala, in the opinion of the 164 member countries as well as that of the General Council as stated by the Chair of the Council, David Walker of New Zealand, is well qualified for the job.

With degrees in economics from Ivy-league Universities such as Harvard and Massachusetts Institute of Technology (MIT) in the U.S., coupled with over 20 years of work experience at the World Bank where she retired as Managing Director, as well as Minister of Finance in Africa’s largest economy under two different Presidents, she has garnered sufficient global and economic management experience to run the WTO despite the claim by the Trump administration that she has a very weak experience in global trade issues. She indeed has some trade experience and whatever is lacking in this regard can be largely compensated for by her immense experience in corporate governance, economic management and organisational reforms, which is what the WTO direly needs at this stage in its history.

There have been challenges in the work of the WTO in recent times and trade disputes have arisen among many nations, which have been largely unresolved. The mantra has been that trade need not only to be free but to be fair also. A case in point here is the vexatious U.S.-China trade war, which has largely affected the global economy with trade barriers being mounted between these nations affecting major technology, companies such as Huawei among others, all with intellectual property implications. In fact, many have mused that the promotion of bilateral as against multilateral trade by the Trump administration has helped to check the exponential growth of the Chinese economy to the detriment of the other members of the WTO. The work at the WTO, particularly under the tenure of Roberto Azevedo, however, recorded some evident achievements, which include the delivery of the Trade Facilitation Agreement, the expansion of the Information Technology Agreement and decisions on food security. Also, there has been substantial elimination of agricultural export subsidies and the enablement of more goods and services exports from the least developed countries, among others.

There have been lots of expectations from various stakeholders from within and outside the country on what is expected of her on the assumption of office. With expectations high and the pressure that comes with this, she would also need to address recurring issues such as the harmful fishing subsidies, the burgeoning e-commerce environment as well as put structures in place for addressing pending trade disputes. She would need to, in the same vein, confront one of the biggest flaws of the WTO which include the underperformance of its trade monitoring functions, ineffective trade dispute mechanism and antiquated trade rules that do not cater for the emergence of businesses in the digital and e-commerce space. These have bred concepts such as “vaccine nationalism” and protectionism, which largely are to the disadvantage of developing countries. Dr. Okonjo-Iweala has indicated her interest to commence, as a matter of first priority, addressing the economic and health consequences of the COVID-19 pandemic and get the global economy going again. She would need to build on the achievements of her predecessor. She needs to ensure that the next (12th) Ministerial Conference, which statutorily holds every two years, is organised to project her reform agenda and thus stamp her authority in the organisation.

She needs to prove that the WTO can be a veritable organisation for the transformation of the global economy with benefits of trade spread more evenly to the least developed economies, much more than she met on ground. Good enough, she has promised, in her acceptance speech, that it would not be business as usual at the WTO. That is cheery news for the poor countries of the world. However, she has to learn, and quickly too, that the WTO is a hotbed of politics which some have described as “a race between the cat and the mouse”. She must learn how to navigate the “imperial waters” given that the WTO is the hotbed of capitalist intrigues. It is hoped that she will rise to the occasion and largely make a difference as she occupies this exalted office. The Guardian wishes her well in this. Her work is cut out for her. She should pursue her goals at the WTO with passion and make Nigerians proud. She should prove that an African woman can do the job successfully. She can rest assured that the prayers of the entire African continent are backing her up. All Nigerians wish her well for a successful and glorious tenure at the World Trade Organisation as the first woman, the first African to occupy this exalted position.