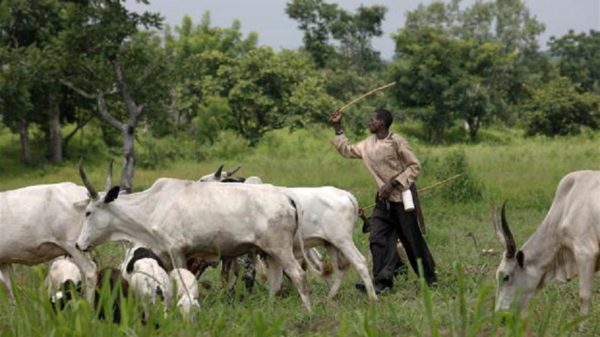 As the country continues to witness widespread conflict between farmers and herders, which has gradually snowballed into criminality, stakeholders in the livestock sector have highlighted the need to transform all the gazetted grazing reserves in the country into ranches.

The Nigeria Livestock industry is worth over N30tr, stakeholders are of the opinion that if the 25 million cows in the country are well managed, it could become a top foreign exchange earner for the country, enhance food nutrition and security, increase employment and wealth creation, as well as increase the social stability of the owners.

According to them, cows remain important asset in the country, but the industry is plagued with series of challenges threatening its sustainability.

Familiar root causes of the crisis include land and water use, obstruction of traditional migration routes, livestock theft and crop damage, desertification, degraded pastures and dried up natural water sources across the country’s far-northern Sahelian belt.

In addition, insecurity in the Northeast, banditry and cattle rustling in the Northwest and North central zones have further prompted migration of the herdsmen to the south.

The crisis unfortunately has continued unabated, leading to loss of lives, displacement, distrust, destruction of properties leading to food insecurity and unemployment.

At a recent briefing in Abuja, the Registrar of the Nigeria Institute of Animal Science (NIAS), Prof. Eustace Iyayi, advocated the establishment of ranches as a way of resolving the crisis, stressing the need to move from the transhumance mode to the modern and more sustainable ranching method of cattle production.

One of the moves towards this direction was the Federal Government’s partnership with the Netherlands government through the Dutch Investment Agency (RVO), which has commenced with the implementation of the N200m (€400,000) National Livestock Transformation Plan (NLTP) project in four states-Nasarawa, Plateau, Adamawa and Gombe.

The grant will cover 50 per cent cost of the pilot NLTP model to be piloted in Nasarawa State, and it’s expected to reach about 30 pastoralists, just as a pilot farm developed by Connexon, a leading Dutch consultancy focused on dairy farming in each of the participating states, which will serve as a training center, will be developed.

The Special Adviser to the Minister of Agriculture on Special Projects disclosed during the flag-off of the project in Nasarawa State that President Muhammadu Buhari had signed a Memorandum of Understanding with RVO for the two and a half year’s project with focus on feed production, transfer of knowledge and skills, as the Connexon group will work together with the federal and state teams, led by him.

The NIAS registrar, who applauded the Federal Government’s efforts with the establishment of the NLTP and the Livestock Productivity and Resilience Support (L-PRES) Project of the Federal Ministry of Agriculture and Rural Development (FMARD) supported by the World Bank, stressed the need for the government to ensure they guide the programmes jealously to guarantee its sustainability.

He further recommended that a Commercial Pasture Production value chain should be established as part of the NLTP, noting that modalities for its operation on private sector basis should be worked out. He added that it would be a source of revenue generation to states, as well as provide employment for youths.

Iyayi further stressed the need for continuous engagement of the herders to embrace ranching in place of trans-boundary movement of the ruminant, and what they stand to gain if they embrace the ranching.

He however, disclosed that the Institute will be establishing model units at its National Livestock Training Center in Kachia, Kaduna State for the breed improvement of livestock, saying their aim was to produce more meat and milk on less land, with the overall objective of lesser herd size and more income on less land.

The NIAS registrar also disclosed the plan to engage about 2,000 Community Animal Husbandry Officers who are Graduate Animal Scientists for the next three years in the Institute in Sustainable Commercial Ranching and Pasture Production.

Iyayi said: “The Institute is ready to make its expertise available to the federal and state governments in the establishment of ranches and development of high yielding pasture for cattle production, as a measure to solve the lingering conflict.”