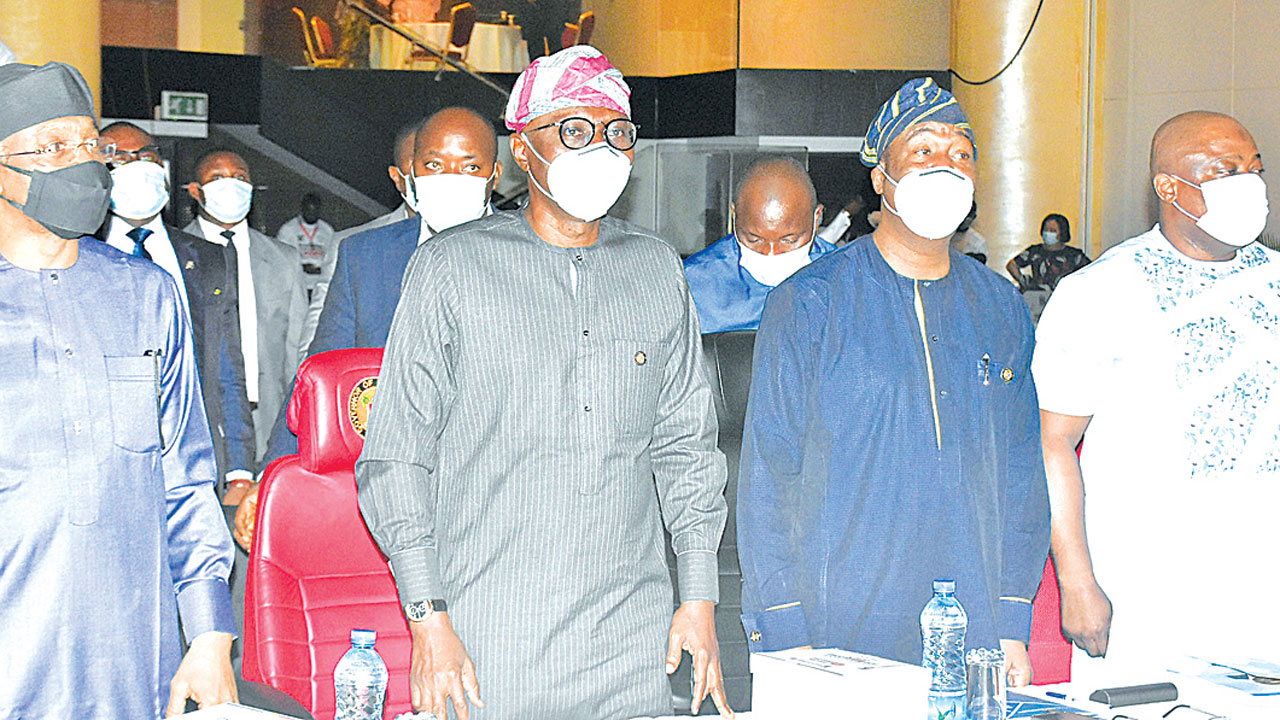 Lagos State Governor, Babajide Sanwo-Olu; Speakers, House of Representatives, Femi Gbajabiamila and Lagos House of Assembly, Mudashiru Obasa, yesterday, said the executive and legislature must work together to ensure that the rebuilding of Lagos is done urgently and efficiently, maintaining that collaboration between both arms critical towards accelerating the sustainable growth of the state over the next decade.
Speaking at the 16th Executive/Legislative parley of the State organised by the Office of Civic Engagement, Sanwo-Olu said as a government, both arms need to scale up activities and work as a team so that they can continue to discharge their responsibilities with the ultimate goal of meeting the yearnings and aspirations of the people.

According to Sanwo-Olu, his administration is committed to rebuilding the state, improve infrastructural development, provide quality health care service, security, among other basic amenities. Gbajabiamila said the legislature would continue to push an agenda for COVID-19 vaccine to get to Lagos, calling on everyone to work for a better Lagos to take her to the next level.

He also said the rebuilding and remodeling of the state was a continuous process, adding that this could be achieved not only through infrastructure development, but in social, health and moral values. Special Adviser to the Governor, Office of Civic Engagement, Aderemi Adebowale stated that the sixteenth edition of the parley was aimed at reaching consensus on issues germane to the growth and development of Lagos.