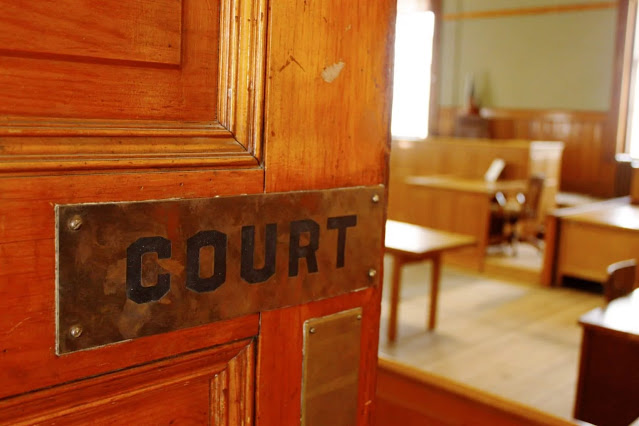 *Oando to appeal court judgment
The Securities and Exchange Commission (SEC) has secured a big win as the Federal High Court sitting in Abuja, on Thursday, struck out three cases filed by Oando Plc and some of its directors against the Commission for lack of jurisdiction.
The Court dismissed the cases in a judgement delivered by Hon. Justice F.O.G. Ogunbanjo.
Oando Plc and three of its directors namely, Adewale Tinubu, Omamofe Boyo and Olufemi Adeyemo had instituted these cases against the SEC in view of the enforcement action taken against the Company and the affected directors in its letter dated May 31 2019.
The affected directors, according to the SEC letter dated May 31, 2019 had violated the Commission’s Code of Corporate Governance, the provisions of the Investments and Securities Act 2007 and the SEC Rules and Regulations.
Oando Plc and the three directors had prayed the court to hold that their fundamental human rights were violated because according to them, the SEC did not give them fair hearing in investigating some petitions received by the SEC in 2017 from some shareholders of Oando Plc.
But the Court in delivering its judgement, struck out the three cases and ruled that the Federal High Court cannot assume jurisdiction to entertain a matter where the subject matter falls outside its jurisdiction under the guise of enforcing fundamental human rights.
The court further held that the Federal High Court lacks jurisdiction to entertain matters arising from the Nigerian Capital Market.
Oando Plc, said it would appeal Thursday judgment of a Federal High Court sitting in Abuja, which declined jurisdiction to hear three fundamental rights suits by the Group Managing Director of Oando Plc and its Deputy, against their sack from the company by the Securities and Exchange Commission, SEC.
Oando, saying that it would appeal the judgment, noted that “The basis for the court’s decision is Section 36(2) of the Constitution which allows aggrieved individuals to first approach any tribunal or administrative agency to determine civil rights and obligations as long as that process and the resulting decision is not final.
“The court also reiterated that the IST has primary jurisdiction over applicants (Oando and its principals) in respect of capital market issues and not the Federal High Court.”
An Oando official explained that as much as they respect the decision of the court, in their opinion, the court did not address their concern thus the battle was far from over as they have lodged an appeal with the courts in Abuja, contesting the court’s decision to refer the case to the IST.

Oando and its affected directors argue that the powers conferred by the constitution of the Federal Republic of Nigeria on its citizens to enforce their fundamental rights supersedes the provisions of the Investment and Securities Act 2007.