We are not interested in community land grabbing, says Miyetti Allah
Editor
February 16, 2021
6:56 am 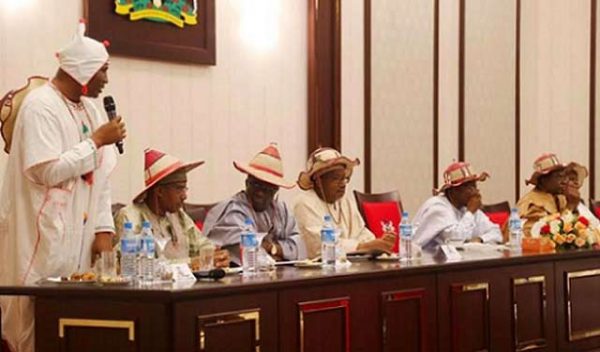 The Miyetti Allah Cattle Breeders Association of Nigeria (MACBAN), yesterday, said that they were not interested in land grabbing and would never contest ownership of land with any host community. It, therefore, urged Nigerians to unite and seek avenues to douse the raging tension and insecurity in parts of the country.

The South-East Zonal Chairman of the association, Alhaji Gidado Siddiki, stated in Enugu that the spate of insecurity and outbursts of emotive utterances across the country were further fanning the embers of fears among Nigerians.

He said that the situation, coupled with name-calling, had worsened and disrupted the economic life of herders, adding that it had become imperative to restore hope and sanity in the country.

“For the ordinary man, the situation is enough to infer that Nigeria might just be on the verge of activating its emergency security mode,” he said.

Siddiki said that though there was no denying the fact that government at all levels had put much effort into finding solution to the situation on ground, “but the situation requires the ability of political leaders to ensure safety in the immediate.”

He said that it was sad that herders had borne the brunt of insecurity in parts of the country and in some cases accused of perpetrating the same, adding that they had at various times been misunderstood even when they suffered terrible losses.

“What we face today is a situation where the misdemeanour of others have largely rubbed-off on us but these trials shall come to pass,” he said.

“We only ask to be allowed to do our business until such a time when viable and more beneficial options are realised.

“We maintain our support for the authorities to go after criminals and rid the forests and cities of such bad elements to make life better for every Nigerian,” he said.

Siddiki, who said no harm of any kind was meant by herders in the course of carrying out their legitimate trade, appealed to state governments in the South-East to address the need for law abiding citizens to carry out their legitimate businesses in safe environments, adding: “We implore our people not to resort to self-help or avenge their losses. We trust that the government is putting up positive responses to earn the people’s trust by protecting them.

“We should seek true understanding, facilitate the warmth and cross-pollinated business interactions that are mutually beneficial to Nigerians across the board.”