Another look at plea bargain in Nigeria’s criminal justice administration
Editor
February 16, 2021
5:48 am 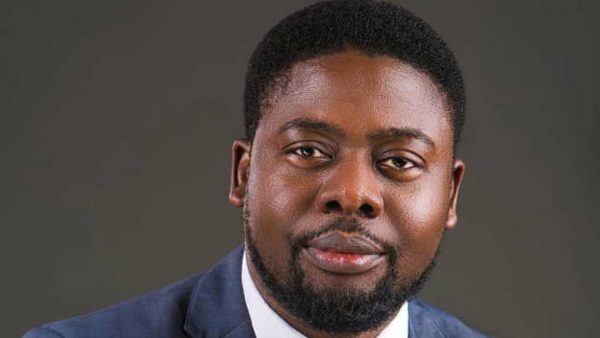 Former accountant general of the federation, Jonah Otunla, reportedly returned N6.3billion to the federal government, following an agreement he allegedly reached with the suspended acting chairman of the Economic and Financial Crimes Commission (EFCC), Ibrahim Magu. Accused of money laundering, he decided to make a pact with the understanding that he would not be prosecuted anymore. But that seems not to be the case. The EFCC is prosecuting him on five counts of money laundering involving the diversion of about N2billion from the account of the office of the National Security Adviser.

He was to be arraigned on December 7, 2017, along with one Ade Adelakun, and seven other companies – Gold Reef Industries Limited; Lambster Nigeria Limited; G.C. Electronic Limited; Sinmilak Nigeria Limited; Wehsac Farms Limited; Shepherded Field Global Resources Limited and Stellavera Development Company Limited – but his absence stalled his arraignment. He has still not been arraigned. He is allegedly challenging his arraignment, having reached an understanding that he would not be arraigned on account of the money already returned.

Also, former Comptroller-General of Customs, Dikko Inde Abdullahi entered into an agreement with the Federal Government to refund $8 million, believed to have been misappropriated during his tenure. He reportedly did. However, the EFCC still went ahead to file charges against him. But he insisted that he could no longer be prosecuted, having returned the money.

Consequently, a Federal High Court in Abuja stopped the EFCC from prosecuting Dikko for financial infraction while in office. Justice Nnamdi Dimgba, in a judgment upheld Dikko’s argument that he can no longer be prosecuted by an agency of the Federal Government after an agreement he entered with the Attorney General of the Federation (AGF) and the Director-General of the Department of State Services (DSS) to refund $8 million to the government.

Justice Dimgba held that since it was proved that such an agreement exists, and Dikko has kept his side of the bargain by paying N1.576 billion ($5.12 million) to the Federal Government through the EFCC funds recovery account in the Central Bank of Nigeria (CBN), it was wrong for the EFCC or any other agency of government to seek to prosecute him on the same crime.

Justice Dimgba held that by virtue of the provisions of Section 174 of the Constitution, the AGF, being the chief law officer of the federation, was imbued with wide powers and discretion on prosecution matters.

The judge said the claim by the anti-graft agency that it acted on an anonymous petition to commence its investigations “cannot override the discretionary powers conferred on the Attorney-General of the Federation by virtue of Section 174 of the Constitution.” Justice Dimgba also noted that since Attorney-General did not oppose the suit by Dikko, the AGF had subscribed to Dikko’s case.

These developments have once again resurrected the debate about the pros and cons of plea bargain and when the doctrine should apply in law.

For Bar Elias Offor, plea bargain introduces restitution in the criminal jurisprudence in a very awkward way. “Due to the way it is being practiced in Nigeria, it encourages graft even more. A case of gross misappropriation that warrants death penalty in some countries will be accorded remission by plea bargain where after, the culprit walks the road unperturbed. Plea bargain in the manner it is being practiced in Nigeria makes mockery of the country’s laws,” he declared.

The national welfare secretary of the Nigerian Bar Association (NBA), Bar Kunle Edu described plea bargain as a signed agreement between the prosecution and the defendants in a criminal trial. According to him, it is akin to filing terms of settlement in a civil case.

“The introduction of plea bargain into Nigeria’s criminal jurisprudence by the Administration of Criminal Justice Act and the domesticated versions in various States, is a welcome development,” he said, adding that it fast-tracks criminal trials and ensure that justice is done from a social obligation perspective.

His words: “It also reduces the cost of criminal prosecution. So, I see plea bargain as a win-win arrangement amongst the prosecutor, the defendant, the court and also the general public.”

Edu however, pointed out that it is the court’s approval of the terms of the bargain that gives it legal effect before it is made judgment of the court. “The trial court still has the power to consider if the terms of the bargain are reasonable, not against any law and public policy. There must also be free will of the parties in making it. Therefore, fraud, misrepresentation and undue influence once proven may vitiate a plea bargain already made judgment of a court and can be challenged on those grounds,” he explained.

Lagos lawyer, Osita Enwe believes that to effectively use plea bargain as a shield against prosecution, the plea and the bargain must have to occur after an arraignment in court. He added that any of such agreement was acceptable to the court. This, he said, is consistent with the public interest dimension in every plea bargain.

“In any case and in view of the commitment of the Federal Government to fight corruption, the State ought to respect such agreement and ratify it in court by way of plea bargain. To successfully prosecute them at this time, in view of their seeming mutual agreement, may amount to undue utilisation of tax payers’ funds,” he stated.

He added that the circumstances serve as material lesson for anyone who wants to enter into such agreement to seek proper legal advice and an occasion for the courts to affirm the conditions of a plea bargain in Nigeria.

Describing plea bargain as a win-win situation, activist lawyer, Dr. George Uboh said it is a “dream come through from the prosecution’s end point and the delight of the criminal defendant, if the fellow is able to negotiate a good deal.”

Uboh explained that instead of spending years and years, the criminal defendant would be able to cut it down, citing the case of Lucky Igbinedion, who was only fined N5 million. Such deal, he said, would be fine for such defendant because the government cannot appeal the plea bargain decision.

He explained that when the Attorney General of the Federation engaged him to trace funds trapped in financial institutions, he handled that of the defunct Oceanic bank, whose erstwhile managing director, Cecilia Ibru pleaded guilty on such plea bargain arrangement. Uboh said as at that time, the government was not aware of the UK branch of the bank, but because the MD then pleaded guilty on a blanket basis to forfeit all Oceanic bank assets to the federal government, it was easy for him to fly to UK and recover those funds without any resistance. According to him, 23.4 million Pounds was recovered as at 2015.

Uboh said: “So, that is a loss for her because the guilty plea became a catch up, such that even if we find any of the bank’s assets today, it would be forfeited. And that is good for the government because having pleaded guilty, it doesn’t matter the number of years, any assets of the bank stands forfeited whenever one is found.”

“So, if a criminal defendant enters into a plea bargain to forfeit money in lieu of serving jail term, and they signed, crossed all the T’s and dot all the I’s and the government reneges on it, it can be the avenue to either annul the agreement in whole or have the court compel the government to fulfill its part of the agreement,” Uboh maintained.

When the office of the Attorney General of the Federation, Abubakar Malami (SAN) was contacted for reaction through his Special Assistant, Media, Dr Umar Gwandu, they kept mum over the matter. Also, effort to get the EFCC to react was unsuccessful. Calls to its spokesman, Wilson Wujaren did not go through and text message sent to his mobile phone was not acknowledged or replied.