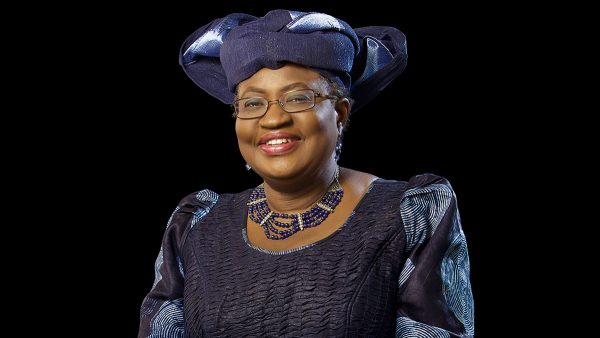 Former Nigerian finance minister Ngozi Okonjo-Iweala Monday said she is “honoured” to have been named as the director-general of World Trade Organisation.

Okonjo-Iweala was appointed on Monday, months after key ambassadors of the trade organisation recommended her for the job. Her confirmation was initially stalled by the then Donald Trump administration in the United States’ support for South Korea’s Trade Minister Yoo Myung-hee.

But the administration of the new American president Joe Biden threw its weight behind Okonjo-Iweala after the South Korean minister pulled out of the race.

“A strong WTO is vital if we are to recover fully and rapidly from the devastation wrought by the COVID-19 pandemic,” Okonjo-Iweala said after her official confirmation.

“I look forward to working with members to shape and implement the policy responses we need to get the global economy going again. Our organization faces a great many challenges but working together we can collectively make the WTO stronger, more agile and better adapted to the realities of today.”

When she takes office on 1 March, Dr Okonjo-Iweala will become the first woman and the first African to be chosen as Director-General. Her term, renewable, will expire on 31 August 2025.

“This is a very significant moment for the WTO. On behalf of the General Council, I extend our warmest congratulations to Dr Ngozi Okonjo-Iweala on her appointment as the WTO’s next Director-General and formally welcome her to this General Council meeting,” said General Council Chair David Walker of New Zealand who, together with co-facilitators Amb. Dacio Castillo (Honduras) and Amb. Harald Aspelund (Iceland) led the nine-month DG selection process.

“Dr Ngozi, on behalf of all members I wish to sincerely thank you for your graciousness in these exceptional months, and for your patience. We look forward to collaborating closely with you, Dr Ngozi, and I am certain that all members will work with you constructively during your tenure as Director-General to shape the future of this organization,” he added.

Dr Okonjo-Iweala said a key priority for her would be to work with members to quickly address the economic and health consequences brought about by the COVID-19 pandemic.