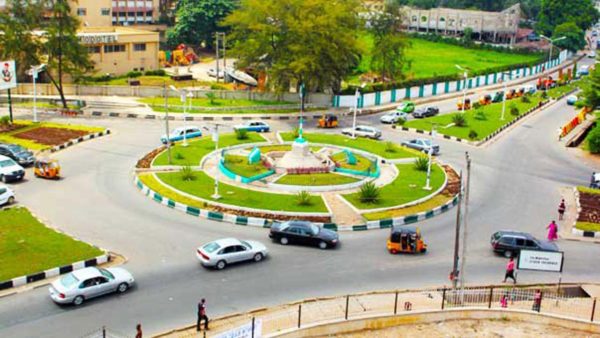 There was preponderance of evidence that some state governments converted land acquired for public use to private interest, which has raised questions over improper application of the Land Use Act (LUA).

The lands, which are often acquired under the LUA, solely rest on the governor of the state, who holds them in trust for the people and administered for the use and common benefit of all.

The LUC, enacted in 1978, aims at energising economic development by ensuring effective and equitable utilisation of land and resources in the country.

However, Section 28 (1) and (4) of the act stipulates the grounds for revocation or acquisition of private interest in the land by the state government notwithstanding that all the land in the territory of the State is vested in the Governor.

The central objective of the act is to invest ownership of land in the government, which applies it equitably for the benefit of all Nigerians and for the country’s economic and social development.

But recent developments across states have shown abuse of the Act as many lands held in trust by governments have been converted for private use.

For instance, land acquisition by the government and top officials has also become one of the dominant features of discourse in Imo state.

In April 2012, the people of Umuoyima Community in Owerri practically their homes to Area K, close to the World Bank Housing Estate, and the former Timber Market respectively.

The indigenes claimed that the land housing former Timber Market was returned to them by the Ikedi Ohakim administration, and that the Area K land belonging to them had also been appropriated by the government without due consultation with the original owners.

Also, Dr. Chukwujindu Felix was reported to have accused the government of forcibly appropriating his land in Ogboko without compensation and using same as part of the Eastern Palm University.

However, it has adopted the report of Judicial Panel of Inquiry on Lands set up by Emeka Ihedioha’s administration.

Imo State Commissioner for Information and Strategy, Chief Mbadiwe Emelumba, hinted that the state government would revoke all lands illegally acquired in the state and return them to their original owners.

The Commissioner said council adopted the Whitepaper on the Judicial Panel of Inquiry on Lands and other related matters, which covered the years from June 2006 to May 2019.

He added that the council agreed with the whitepaper on the revocation of the Certificate of Occupancy (C of O) issued on the lands forcefully and illegally acquired and for the restoration of such lands to the original owners, even as he disclosed that council also adopted other recommendations by the panel such as the restoration of Owerri master plan.

Similarly, residents and property owners at Foweoseye Community, Lakowe, Ibeju-Lekki, Lagos State have been in a running battle with a private firm that is claiming ownership of their community land.

They alleged that the firm has been offering and selling their land to individuals at Foweseje village for as much as N3, 300,000 per 450 square metres.

The sale, they said, could not have been for public interest but personal interest of powerful individuals.

An estate surveyor and legal practitioner, Mr. Emma Omuojine, said there is no land that is practically free.

“Either the individual or communities have planted on it, developed on it or had inherited them as natural resources before the Land Use Act. But if for any compelling reason the state deemed it proper to acquire that land for public service, it should be used for public purposes and not for private developments.”

According to him, it is a travesty for government to acquire such land purportedly for public purposes but instead of using it for that, start issuing allocation letters to individuals or to themselves.

He said such practice is wrong and the community can decide to sue the government.

However, Omuojine said, “if the Land Use Act has allowed the states to hold lands in trust for the people, one wonders if it can be deemed as the state has acquired what is its own.”

The court, he said, could decide such cases because unless a law and some of its provisions are tested, it does not become law. It would be proper for such communities to approach the court on such matter.

Also, the chairman of the Estate Surveyors and Valuers Registration Board of Nigeria (ESVARBON), Sir Nweke Umezuruike, said any government doing that is acting illegally.He stressed that the law does not permit private properties to be acquired except for public purposes.

However, Umezuruike, a lawyer said, we do know that at times, government acquires property without specifying the particular public purposes for which the land is acquired.

“But, we have been advocating that the particular public purpose for which property is being acquired should be stated in the notice of acquisition and that if public purposes fail, then, the land should revert to erstwhile owners.

“But people are afraid of doing that, so government does what it likes and gets away with it. It is illegal and we are unfortunately looking for better results and that is why we are not getting the principles established.”

Similarly, a human rights lawyer and former vice president of Nigerian Bar Association (NBA), Monday Ubani, said It is unlawful, illegal and not permitted by the Land Use Act.

He said, “it is a wrong procedure that should be challenged in court.    There are several legal authorities where such was frowned on by the courts in the land.”