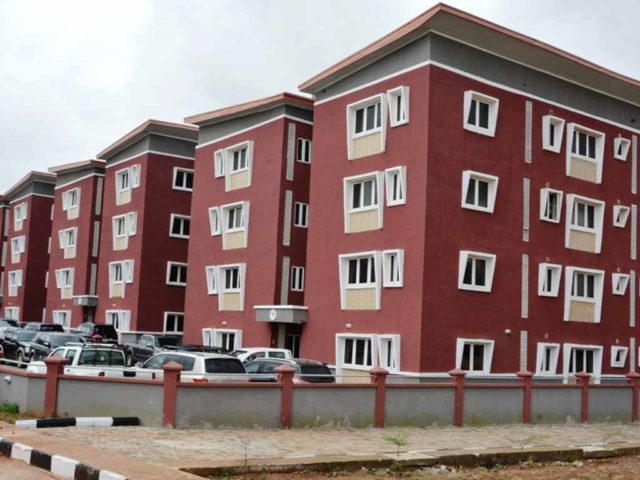 The Lagos State government has intensified measures to ensure that allottees of its completed housing schemes gain access to their homes.

The state had through the Lagos Home Ownership Mortgage Scheme (Lagos HOMS), completed a lot of housing schemes to address its three million housing deficit.

However, many of the completed and allocated schemes geared towards encouraging home ownership of First-Time Buyer (FTB) have remained vacant due to some challenges.

For instance, housing units in Omole and Gbagada have been vacant for years due to litigation and other issues, which border on land acquisition, delay in provision of infrastructure and sewage management.

That some subscribers of the completed Gbagada scheme situated opposite The Redeemed Evangelical Mission (TREM) headquarters have not been able to access their homes.

Similarly, allottees of Omole estate located after the Otedola Bridge along the Lagos-Ibadan Expressway are not left out of the situation.

One of the allottees, lamented that after he emerged winner and satisfied all basic requirements, including paying the initial deposit, he was finding it difficult to meet other financial requirements.

The allottee, who confided in newsmen expressed dissatisfaction with the scheme on the ground that, the government has reneged on its promise to hand them keys to their apartments, despite satisfying all necessary requirements, including the payment of the mandatory 30 percent asset deposit.

Also, a real estate advisor said the enthusiasm that greeted the scheme is waning going by tales of woes by subscribers and prospective homeowners.

For instance, he said, the idea behind the scheme has been defeated because most of the allottees are not First-Time Buyers (FTB). According to him, the scheme was conceived to encourage home ownership through the provision of accessible mortgage finance.

The expert, said that vision is now defeated as most of the scheme is now through outright sales, while subscribers are not first-time buyers.

He blamed litigation and infrastructure as the major impediments to the full actualisation of homeownership dreams of subscribers.

According to him, there was an agreement at the inception of the Omole Scheme, by the then governor, Fashola, who agreed to build a road and when it was not done residents of the nearby estates in Otedola took the State government to court.

Their grouse was government indifference in provision of infrastructure to accommodate such a development in estate, especially when the existing ones were internally financed by residents.

Similarly, there was an issue about ownership of land used for the Gbagada scheme, which also led to court case.

But, the Director of Estates, Lagos State Ministry of Housing, Mrs. Olayinka Patunola- Ajayi, said the ministry is working hard to resolve the issue in Gbagbada scheme.

She said the issue in Otedola has been resolved while people who paid fully have moved in.

She said: “ We have completed the road, the drainages and street lights in fulfillment of the court settlement terms and it is fully allocated.

“We had issues with Gbagada and we are already getting through the issue. We are already meeting the terms of out of court settlement.

“Similarly, the Ilupeju scheme has been fully allocated. It does not matter if the houses are empty because many of the people that bought them are not in the country, they only use it when they are around.”

MEANWHILE, the state has asked allottees of its various public housing estates who are yet to complete their payments to do so or forfeit their rights over the housing units.

The state said the notice was particularly directed at those who enrolled for homes under the outright sales arrangements.

Permanent Secretary, Ministry of Housing, Mr Wasiu Akewusola, said this while inspecting ongoing constructions of housing schemes in the Sangotedo and Epe axis of the state

He said that government’s revenue has been greatly affected by defaulters in some of the existing estates.

Akewusola pointed out that offer letters for those housing units were issued to beneficiaries only after they had consented to the terms and conditions given by the State Government, which included the forfeiture of homes in case of incomplete payments at an agreed date.

He, therefore, urged those concerned to ensure that full payment is made with bank drafts after due clearance and bills have been obtained from the Estate Department, Ministry of Housing.

He also added that the bill must be issued before the lodgment of the bank drafts to the designated banks.