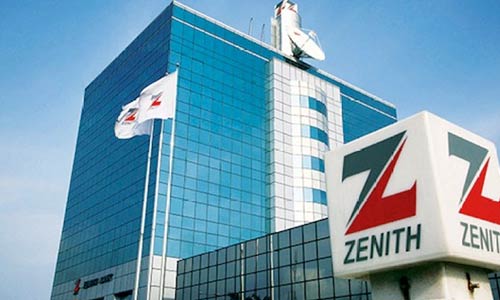 A Federal High Court sitting in Lagos presided over by Justice (Professor) Chuka Obiozor has granted an order directing Stallion Nigeria Limited and Zenith Bank PLC to submit themselves to KPMG Auditing firm for the purpose of reconciling a disputed N23, 388,188,765,.49. alleged indebtedness.

The order of the court was sequel to a Motion on Notice filed on behalf of Stallion Nigeria Limited by the law firm of the late J.A Badejo, SAN, which was moved by Mr Wahab Shittu .

Other plaintiffs in the suit are Westex Investment Limited, Hyudai Motors Nigria Limited and Stallion NMN Limited, while the defendants’ are, Zenith Bank PLC and the Corporate Affairs Commission.

Following the inability of Stallion Nigeria Limited and Zenith Bank PLC to agree on the actual amount due for payment from a N14.5 billion facilities granted to the Stallion conglomerate , which Zenith Bank said has risen to N23,388, 188, 765.49 with accrued interest, but Stallion on the other hands denied any liability to the bank , saying it had fully repaid the facilities and the accrued interest .

Zenith Bank had through its lawyer, Mr Kemi Balogun, SAN, wrote a letter of demand dated 15th of May , 2020 to the alter ego of Stallion Nigeria Limited, Mr Sunil Vaswani demanding for the immediate payment of outstanding N23,388,188,765.49 allegedly owed by the conglomerate to Zenith Bank

Consequent upon the letter of demand and the disagreement over the indebtedness, Stallion Nigeria Limited instituted an action against Zenith Bank at the Federal High Court, Lagos, claiming among others that the bank acted in bad faith by debitting the companies’ accounts with illegal charges and arbitrary interest and also for rejecting discussions and agreement aimed at reconciling the the group’s accounts through an independent firm of auditor.

In the affidavit filed by the Stallion in support of the Motion on Notice , the company said it has been maintaining a banking relationship with Zeith Bank for almost three decades in the course of which the bank availed several facilities to the conglomerate.

The company added that the facilities granted were to finance the importation of rice , fish fertilizer automobiles, purchase of Negotiable Duty Credit Certificates and payment of duties, adding that in compliance with it’s obligations , she made payment in liquidation of the various facilities and enjoyed a mutual beneficial relationship with the defendant.

The plaintiffs also averred that a substantial part of the facilities advanced to the first plaintiff Stallion Nigeria Limited was to cover various Letter of Credit with a covenant to convert the facility which was denominated in Dollars to Naira within 180 days of the facility.

Applicants added , however, that trouble started when upon the recession in year 2015, Zenith Bank began to apply exorbitant interest rate on the facilities and also stopped supporting the business of the plaintiff and that upon discussion with the bank and it’s solicitors starting from August 2017 , Stallion sought to resolve the matter amicably, without conceding any indebtedness and consequently offered to pay the sum of N4.6 billion naira subject to the reconciliation of it’s accounts with the bank.

” Based on its discussion with Zenith Bank and to show good faith, first plaintiff made a lodgement of N4,290,428,874 in cash and proceed of the sale of it’s shares in the same bank.”

Stallion also stated that it has also made supplies of vehicles to Zenith Bank without receiving payment up to the value of N1, 544, 159, 999.96 and that it also secured a purchaser for a pledged property at Plot 1114, Adesola street, Victoria Island , Lagos for the sum of N3, 500,000.00, but added that Zenith Bank failed and neglected to give approval for the sale until the offer from the buyer laaped.

“Despite the huge payment made towards liquidating the alleged indebtedness, Zenith Bank continue to maintain without justification that the plaintiffs are still oweing, a position denied by the plaintiffs.” Stallion said.

The first plaintiff said it requested for reconciliation of it’s accounts vide a letter dated September, 2018 and that it also requested for details of debit charged on Overseas Line (OSL) from the bank, but that despite several reminders, the Zenith Bank has refused to respond to the letter.

The plaintiffs said that from the audit conducted on its account from the period between 2012 till date , it was discovered that Zenith Bank had charged unauthorised and illegal interest, management fees, COT-VAT fees, Finance charge , LC Charges to the tune of N18, 369, 960 , 000.00.

Stallion also averred that contrary to the explicit statement in the letter of offer that each tranche if the facilities shall be for a maximum tenor of 180 days , Zenith Bank blatantly failed to comply with the tenor and continued to charge interest on the dollar denominated facilities which should have been converted to naira.

“As a result of the failure to convert at the due date in accordance with the contractual agreement and the letter of offer , the figures claimed by Zenith Bank as due on the Letters of Credit are false and unobtainable.” The plaintiffs said.

Stallion further stated that it engaged the service of an Audit firm to conduct and review the various Letter of Credit and that the report from the auditor established that the total value of the said Letter of Credit liquidated on the 180 days from the date of opening at the average daily rates prevailing at CBN window is N65, 446,742, 668,.72, but that Zenith Bank continued to maintain different figures as the alleged indebtedness of the plaintiff which confirm that the bank is just putting out inflated and unsupportable figures.

It was further stated that contrary to the agreement reached between the parties, Zenith Bank proceeded to institute simultaneously by way of originating summons two actions in suit No FHC/L/CS/571/19 between Zenith Bank PLC vs Stallion Nigeria Limited and Others as well as suit No FHC/L/CS/ 866/2019 to determine that the Stallion and Sunnil Vaswani were indebted to the bank, but that upon service of the Hearing Notice , the first plaintiff (Stallion) became aware of the suits and filed application to strike it out , but Zenith Bank opted to discontinue both suits.

The plaintiff stated that afterwards, it again engaged Zenith Bank towards amicable resolution of the dispute and that at a meeting held in early January 2020 with the Executive Directors of the bank and other officials , it was agreed that the firm of KPMG will be appointed to conduct an audit of the company’s accounts, but that surprisingly, Zenith Bank reneged on the agreement to appoint KPMG as auditors but started raining false allegations of diversion of funds which had been denied and debunked severally.”

The plaintiffs added that it has become apparent that Zenith Bank is determined to stick to the unfounded and inflated claim of indebtedness against it and is planning to take unorthodox and adverse steps against the interest , goodwill and assets of the plaintiffs and other associate companies contrary to the agreement between the parties.

Stallion said that upon proper reconciliation of it’s accounts, it is obvious that the company is not indebted to Zenith Bank and that the securities pledged for the facilities stand discharged.

The plaintiffs said that as a result of the unyielding position of Zenith Bank to allow for an independent audit of the accounts of the plaintiffs, it has become necessary to approach the court, adding that unless the prayers sought are granted , the applicants will be greatly prejudiced as the defendants will proceed to alienate the assets of the parties.

Meanwhile, the matter has been adjourned till February 17th for report on progress made as regards the reconciliation by KPMG.