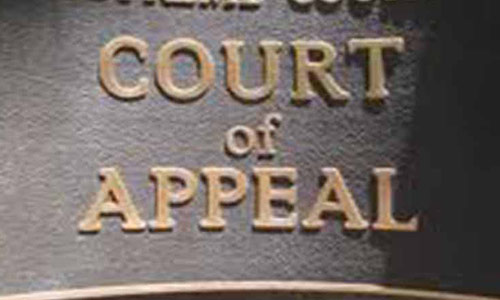 — Says Jurisdiction of Trial Court Can Be Raised Via Interlocutory Appeal, Despite Having Not Been Raised At Trial Court.

— Considers That Money Laundering Offences Are Derivate or Predicate Offences

The Court of Appeal sitting at Calabar, Cross river state, has held that the Federal High Court has the [Territorial] Jurisdiction to hear and determine non-physical offences relating to Cybercrimes and Money Laundering. The court made the decision on Friday, the 12th of February, 2021, whilst ruling on an interlocutory appeal with appeal number, CA/C/385c/2020, between Scales Olatunji Ishola and the Federal Republic of Nigeria.

The appeal was challenging the decision of the Federal High Court, sitting at Uyo, par, Hon. Justice A.A. Okeke for declining bail in a bailable offence, especially in view of a medical report allegedly showing the poor medical state of the Appellant’s health. Dismissing their application at the trial court, the court held that the “Applicant failed to place sufficient facts before this court to warrant the grant of this application. The nature of the charge does not tilt the balance of convenience in favour of the application. This application is refused and the same is struck out”.

On Appeal, Counsel to the Appellant, Gboyega Oyewole, SAN (with S. E. Negbenebor), argued that the Trial Court did not have the valid territorial Jurisdiction to hear criminal offences where the alleged offence was not committed in the state on the face of the record.

The learned silk also placed heavy reliance on the recent Supreme Court case of Muhammad Belogore and FRN, wherein the Appellate Court held that, “where the ingredients of an offence occurs outside the territorial jurisdiction of the court asked to adjudicate over the matter, such a court will not assume jurisdiction over the offence for apparent lack of jurisdiction”. Similarly, the Appellant contended that the Trial court ought to have place reliance on the medical evidence suggesting that the appellant was in need of proper Medical care, and applied its discretion in favour of the Appellant.

On his part, Nwandu K. Ukoha, Counsel for the Respondent, argued that count 6-45 of the charge shows that the charges are non-physical offences as they require no particular location to be committed and accordingly, an exception to the Muhammad Belogore Case.

He contended that, the remaining six [6] counts of Money Laundering, are derivative or predicate offence which requires underlying illicit act or offences. In any case, he opined that the issue of jurisdiction cannot be raise at the appeal court in an interlocutory Appeal, where same hasn’t been done at the trial court, accordingly the matter ought to have been raised at trial level to allow the trial court to determine the Application on way or the other. On the issue of bail, counsel noted that Intelligence report has it that the Appellant will possibly flee the country if bail is granted, especially as some other accused are ‘at large’ at the moment.

Delivering the Court’s opinion, Justice Muhammad Shuaibu, JCA, noted that in determining whether a court has proper territorial jurisdiction, reliance must be placed on the charge sheet, as well as the relevant documents before the court, it noted that:

‘…the best way to resolve the issue of proper venue of trial is to identify the offence(s) charged and elements of same as contained in the proof of evidence so as to determine whether any of the acts constituting the offence occurred in the particular place where the accused is being tried…counts 6 – 45 of the charge in question relates to cybercrimes which are computer-oriented crimes involving computer and network. These types of offences are not constraint to a given location and thus its territorial or geographical limit is undeterminable…[and the] complex nature of money laundering offences particularly as in this case where the methods allegedly employed involved international transactions. In contrast to the case of MUHAMMED DELE BELGORE –V- F.R.N (Supra) where the sum of N450 Million Naira was disbursed to various persons in Ilorin without going through a financial institution, the allegations in counts 1 – 5 of the charge against the appellant and his cohorts reveals that they conspired and transferred proceeds of crimes into their various accounts in Nigeria. Thus, fixing these transactions that are not physical by their nature to a particular location in Nigeria is practically impossible. To that extent, the trial Federal High Court will undoubtedly be a forum convenience for the trial of the appellant.”

The court further held that the relation between ‘…the predicate cybercrimes charge with the derivative money laundering offences, the court with territorial jurisdiction to try the conjoined or related offence shall in the same vein try other offence that are so connected….thus, considering the fact that both the cybercrimes and money laundering happened in Nigeria and that they are so connected with one another; the trial court is also a forum conveniens for the trial of the appellant for the money laundering offences charged.”

On the issue of bail,the court held that the trial judge acted aright and applied his discretion judiciously and accurately.