Rather than receive empathy and consolation for being cheated and betrayed, hard knocks, castigations and reprimands have become the lot of Justice Anthony Okorodas following the public declaration of his marital crisis that bothers on the paternity of his three grown-up children in his failed marriage.

The narrative now is akin to a situation in which the cheated is being blamed, the guilty is defended and the victims being vindicated. In this wise, Justice Anthony Okorodas, who was allegedly cheated and betrayed by his former wife, Barrister Celia J. Ototo, is now being vilified for being “selfish,” being economical with the truth and for damaging the public image of his innocent children for nothing but showmanship, grandstanding and self righteousness. The presumed “guilty” in this case, Celia Ototo, is being defended against what some people observe as “not giving her the privilege to state her own side of the story.” Nobody does anything without a reason. She must definitely have her reasons. By the contents of Okorodas’ statement, his estranged ex-wife deserves to be taken to the Golgotha for her alleged sacrilegious acts. The victims in this family messy situation are the children. They didn’t choose their parents, nativity, and when or where they were born but are now being subjected to public ridicule, a stigma that some, if not all of them, will carry as a cross for the rest of their lives.

Critics took a swipe at Okorodas for being an attention seeker whose outburst is seen as unfair and disparagingly unfatherly to his children. The main question many are asking is that “Why must he make his family issue public?” Is he the only man with the painful burden of paternity fraud? Who is he that addressing a press conference over his DNA results should become a breaking news? There is suggestive notion that he wanted to disparage his ex-wife in order to earn public sympathy and to let the children know that he’s not their biological dad because of how he would share his estate in his will.

The thought line of several readers since last weekend till now appears unanimous. The direction of people’s opinions signals that a robust evaluation of issues is necessary to avoid a kind of backlash Okorodas is getting now.

A university don, Dr. Henry Hunjo of Lagos State University feels the judge’s reaction was to curry favour and sympathy with a tinge of emotional blackmail without hearing from the other side. He posits that such occurrences are not new in our society. He stated inter alia: “These experiences are not new. I’ve heard of these stories from my old folks as a growing child. I don’t underestimate the humiliating feelings that envelope one as soon as one discovers that a partner in a marriage violates the fidelity laws once or in multiple times. Be that as it may, we often hear one side of the story most of the times, sympathising with the victims but never patient enough to hear from other person, the woman. Even in the Judge’s Press Briefing, the offending woman has been reported to have walked away from the marriage. There’s no indication of her expressed reasons or conditions.

“I know that objectivity becomes backgrounded so much that there will be no chance to hear the side of the story. My view, though a minority one, and may not be acceptable but promotes peace, is that a cheating woman has reasons she cannot explain. The same is true of a cheating man. Therefore, it’s really hard to hear the truth but it’s better to accept the children of the union and look elsewhere about paternity. When these children, minor human beings, grow, they’ll appreciate the caring parents. Let’s be careful with DNA notwithstanding that I vehemently oppose infidelity.”

A special school proprietor in Lagos, Liz, descended heavily on Justice Okorodas for being unkind to his children. She couldn’t contain her displeasure about the whole scenario. “From time immemorial men have been fathering children outside their marriages and forcing, yes, forcing their legally married wives to accept them. Nobody hears of these cases. It’s not published in the dailies or on social media. But when a woman does same, it’s called sacrilegious, and all other big grammar that requires a dictionary. Do I approve of adultery? No. In both sexes, it’s a deal breaker for me.

“But the man went on record to tell the world that three innocent children were illegitimate. These children have a life, they have friends and colleagues. He has tainted their future with a tarred brush. Mr.Judge’s action is condemnable. To hell with him and his support and training. If he dies today, those children will succeed.

“It is unfortunate that people will forever see these children as ‘bastards.’ Social media lasts forever. Their own children will be born, grow up and read the story. The judge is a bad man and I pray he reaps the sour fruits of his deed so soon. Nonsense!

“I guess he’s one of many men prancing around with premature ejaculation and erectile dysfunction, which, I’m sure the judge has, hence the woman (ex-wife Barr. Celia Ototo) went outside to get her groove on. I’ve said my own.”

In his reaction, Frank Tietie, a human rights lawyer and Executive Director, Citizens Advocacy for Social and Economic Rights (CASER), berated the judge by describing his action as grossly “irresponsible and selfish” for denouncing the paternity of his children publicly, adding that the action is highly selfish and seriously harmful to the dignity and general psyche of the children involved.

The fiery lawyer further expressed his disapproval for the unfatherly action by describing it as utterly illegal. His statement reads further:“The public disclosure of the contents of such DNA test results to the public is most reprehensible. Why would any man subject a child or children born within wedlock to such psychologically debilitating encounter, foisting such traumatic experience that will permanently scar the self-esteem of such children, especially older ones, for life? It is utterly cruel and selfish!

“It is plain wickedness that is vindictive and propelled by crude vengeance. It must be condemned. Let it be known that by our law, in Nigeria, particularly, Section 165 of the Evidence Act, provides that all children that are born during the continuance of a valid marriage between their mother and any man, or within 280 days after the dissolution of the marriage, so long as the mother remains unmarried, the law and the court shall presume that such children in question are the legitimate children of that man.”

Re: How to Manage DNA Trauma 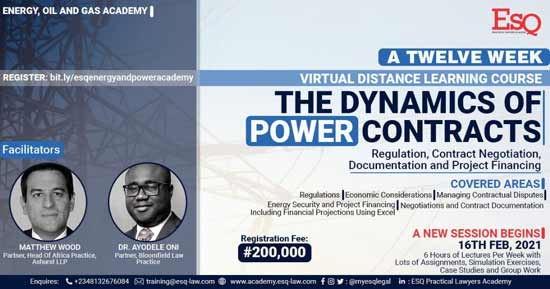 Your exposition on the success story of “strange blood” in some families is very true. My mother told me a story of someone like that in our family and that could be the only logical reason behind him. There was no DNA test confirmation but he has a different glory, positive character, etc. While such children may not actually be calculated efforts on the part of their ignorant mothers to end a lingering spiritual bondage in their family lineage, God in His divine mercy may use such human errors to bless an entire generation. King Solomon the Wise was also a product of an unplanned (or adulterous) relationship. It is very real, sir. God bless you. – Eric Adegbite, Ijebu Ode.

Don’t you think that Barr. Celia J. Ototo might have been a victim of labour room antics you wrote about recently on how babies are being swapped? If not the whole three but one or two. The DNA test should be discouraged except a situation where the woman categorically say the husband is not the father of the child or children. – 07035961555. West wrote via mikeawe@yahoo.co.uk 08059964446

Category : Uncategorized
Tags : #A APC PATERNITY FRAUD
PreviousLekki toll gate: No protest will be allowed in Lagos – CP
NextWhat You Should Always Do As A Lawyer When You And Your Client Is Served With Any Legal Document Purportedly Emanating From Another Lawyer