Restructuring for resolution of herdsmen-farmers conflicts
Editor
February 11, 2021
6:03 am 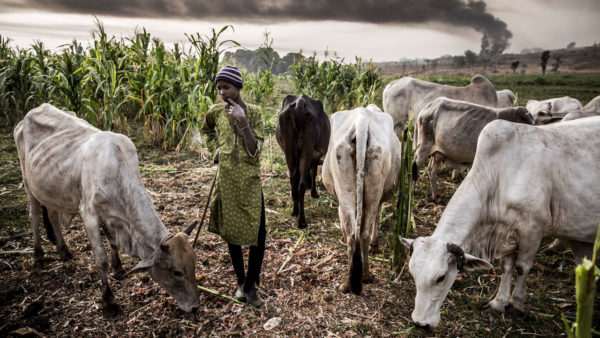 To the Executive Governors of Osun, Oyo, Ondo and Ekiti states, this is a summary of a proposal titled, “Restructuring for Resolution of Herdsmen-Farmers Conflicts and Peace-Building through Polycentric Planning in Nigeria”, which I designed in 2018 and sent to His Excellency, President Muhammadu Buhari and copied: (1) President of the Senate, (2) Speaker of the House of Representatives, (3) The Secretary to the Government of the Federation and Governors of Benue, Plateau, Zamfara, Kaduna, Adamawa, Cross Rivers, Delta, Ekiti, Katsina, Nasarawa, Niger and Taraba States via courier service on 9th July, 2018.

Unfortunately, no action was taken and the crisis has become more complicated now and metamorphosed into kidnapping across the country. The attached summary is an extract from the 58-page detailed step-by-step Africentric problem-solving strategies/actions starting from the federal to state, LG and ward/community levels. If your Excellency is interested, I can adapt the proposal for your state for implementation.

This proposal requires your Excellency’s attention now because the recent alarming rate of killing of human beings is a great concern and I felt the need to adapt the 58-page proposal to your state in order to reverse this ugly trend and stop the bloodshed and the destruction of property. Though the conflict is historical, the current tempo and dimension of the crisis engendered by herders and farmers conflicts across several states of Nigeria have resulted into the death of not less than 4,097 people, while 53 villages, 1,422 houses were destroyed and burnt. In 2016, statistics showed that Nigeria lost not less than $13.7bn (47%) of the IGR in the affected states, while over 62,000 people were displaced.

This grim statistics confirmed that these farmers-herdsmen’s conflicts have invariably become a threat to peace, security, unity and development in Nigeria. The consequence of self-defence by individuals and communities would be catastrophic for the country – ‘prevention is better than cure.’

Within the context of herdsmen and farmers conflicts, this proposal defines restructuring as the process of crafting inclusive public sphere and political economy for effective engagements of herdsmen and farmers in socio-economic, techno-political and environmental decisions through polycentric planning, error correcting potentials and institutional mechanisms for cultivating harmonious relations and co-habitation among the two occupational groups for equitable distribution of land and forest resources via appropriate institutional arrangements that are self-organising and self-governing within rule-ruler-ruled configuration in Your state, Nigeria.

The process of restructuring for resolution of conflicts and peace-building has two sides: (1) knowledge impartation through education, engagement and enlightenment from Summits and Forums and (2) practical application of the knowledge gained by all stakeholders from Summits and Forums at state, local and ward/community levels. Practical application of knowledge on specific action situations – food security, industrialisation, and employment generation – will make restructuring to be meaningful as these programmes place more emphasis on building structure of human relations and co-habitation among herdsmen and farmers. Therefore, African Local Economic Development Strategy (ALEDS) is suggested for demonstrating the relationships between the stakeholders – federal, state and local governments, academia, private sector/industrialists, farmers and herders – especially on how they can collectively relate with their exogenous variables on food security, industrialisation and employment generation matters.

This proposal points out that food production, local industrialisation and employment generation depend on the adoption of innovative ideas and strategies on knowledge management for restructuring the political economy. Considering the fact that Polycentric Public-Private Partnership (PPPP-4Ps) on food security, industrialisation and employment generation is multi-sectoral that cuts across about thirteen (13) ministries, the Executive Governor’s office is suggested to coordinate the activities of all the ministries that are involved at both the state and LG levels in Your state.

Consequently, with these new institutional arrangements, local economic ventures will be created, local resources will be fully utilized, different local industries will be developed, economic and revenue base will be diversified, employment will be generated for the local people and revenues for Local Government will increase. Further, using polycentric privatization planning, shareholding in, and joint ownership of local industries by the local people will empower the people economically, LGs will assume entrepreneurial roles, revenue base of LGs will be widened, oil/aid dependency syndrome will be broken, and Your state and LGs will be economically self-reliant and sustainable.

Your Excellency, since this crisis represents a common denominator to the South-West, as an alternative/complementary suggestion, this proposal can be adopted for all the six (6) states in the region (DAWN). If this suggestion is welcomed, the implementation of the proposal can commence from regional to state, LG and ward/community levels.

Your Excellency, the conclusive argument is this: since colonial ideas had failed in Africa since 1980s, it is time for us to try endogenous knowledge and ideas that are Africentric and capable of solving the problems in Your state, Nigeria. There is, therefore, the need for Nigerians to look inward and evolve home-grown models and problem-solving strategies that reflect African socio-cultural, economic, techno-political and environmental configurations. “The price of free­dom does not have to be blood. It can be sweat.”