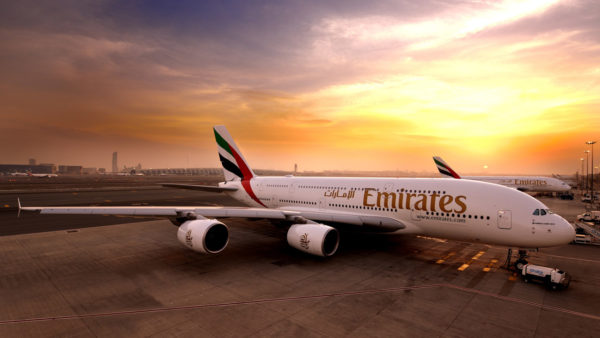 A federal High Court, Lagos, will on February 22, 2021 rule on an application by Emirates Airlines seeking to stay execution of a $1.623 million and N50 million debt judgment owed to a businessman, Orji Prince Ikem.

Counsel for the judgment creditor, Sir Chris Ekemezie, had prayed the court to order the judgment debtor to deposit the $1.623 million and N50 million in an interest-yielding account of the court’s Deputy Chief Registrar.

Ekemezie contended that the airline, a judgment debtor, could not continue to hold on to the sum and be enjoying the benefits thereof, while the appeal is pending.

The court heard that the $930,000 belonged to another businessman, Olisaemeka Ugwunze, who wanted it delivered in China for purchases.

Ikem stated that at the departure lounge of the Murtala Muhammad International Airport, Ikeja, Emirates Airlines worker requested that he hand the luggage over to them for safe keeping in the cockpit, but he refused and insisted on keeping them himself.

They insisted on keeping the luggage for him considering the huge amount of money contained therein and that on arrival at destination, the two bags would be handed over to him.

After a prolonged argument and not to miss his flight, he yielded and handed over the two hand carry-on bags to them, and they were tagged with tag numbers EK428682 and EK428683 respectively.

That was the last time he saw the bags and the money. On his arrival in Guangzhou, the airline could not account for his four pieces of luggage.