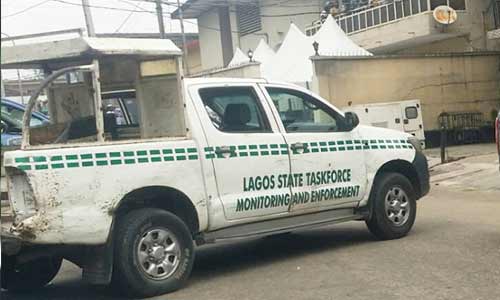 Lagos State Government on Monday warned residents that it would no longer condone flagrant abuse of building laws and regulations.

It said it has noticed that residents are building without recourse to state agencies for approval and advised people to desist from violating building regulations.

Addressing reporters after the Lagos State Enforcement Team demolished structures without compliance to the state building laws and regulations on Banana Island, Ikoyi, the Commissioner for Physical Planning and Urban Development, Dr. Idris Salako, said the enforcement became necessary because the government felt there was need to do something to halt the growing illegality.

At 102 Close, K Zone, a section of the lagoon has been reclaimed with just the provision of a narrow drainage for water to flow. As a result the concrete and perimetre fence erected facing the lagoon were pulled down, while the building was sealed and the gate locked.

Also at 306 Close, three two-storey buildings under construction were pulled down for lack of approval to build, as the development encroached on the state shoreline.

Apart from buildings and fences that were pulled down during the enforcement exercise, two people caught doing illegal dredging activities within the area visited were also arrested.

Salako said government agencies would continue to monitor to ensure that building laws and regulations are complied with.

Commissioner for Waterfront Infrastructure and Development Kabiru Ahmed Abdullahi said the government cannot continue to fold its arms and watch the degradation of its environment.