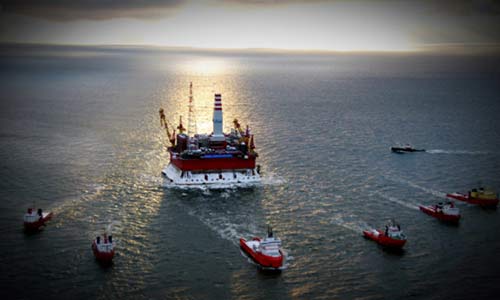 The Federal Government on Tuesday closed its case in the trial of 10 sailors accused of hijacking a vessel on the high seas.

They were arraigned before Justice Ayokunle Faji last July 13, on three counts bordering on hijack of a fishing vessel.

The government’s counsel, Laraban Magaji, alleged that the defendants committed the offence last May on international waters off Abidjan, tge capital of Cote D’Ivoire.

He said they violated Section 3 of Suppression of Piracy and Other Maritime Offences Act, 2019, and were liable to punishment under Section 2 of the same Act.

Each defendant pleaded not guilty, following which trial commenced and the prosecution called its first three witnesses.

At the resumption of on Tuesday proceedings, Magaji called the government’s 4th witness, Danladi Aliyu, a Chief Superintendent of Police.

Following Aliyu’s testimony and discharge from the witness box, the prosecutor told the judge that the government was satisfied with its evidence and exhibits against the defendants.

Responding, defence counsel Niyi Aruwayo and Anjorin Ademola said they intended to file a ‘no-case’ submission, because, according to them, the prosecution had failed to establish a prima facie case against the defendants.

But Justice Faji hinted that a prima facie case may have been made against the defendants, so, a no-case submission might be a waste of the “precious judicial time of the court.”

Following this hint, the defence counsel made a U-turn and agreed that the defendants would enter a defence.

Justice Faji adjourned till February 10 for defence to open their case.