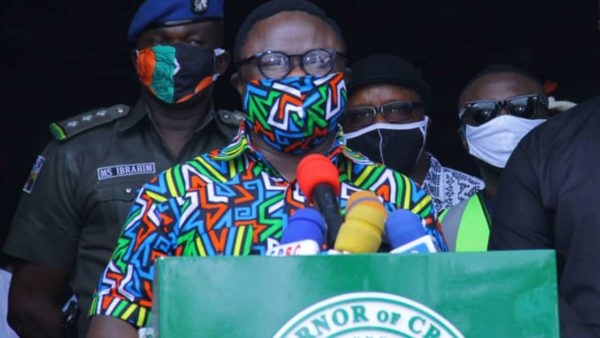 Cross River State Governor, Benedict Ayade has charged the new Chief Judge of the state, Justice Akon Ikpeme to be fair to all and ensure a rancour-free judiciary.

Ayade had confirmed Ikpeme on January 28, 2021 following a letter dated January 20, 2021 and signed by Secretary to the State Government (SSG), Tina Banku Agbor to Speaker of the House of Assembly, Eteng Jonah Williams, requesting her (Ikpeme’s) confirmation as Chief Judge.

While swearing in Ikpeme yesterday at the governor’s office, Ayade charged her to be fair to all so as to move the state’s judiciary forward, adding that Cross River State was passing through a challenging period and would want the judiciary to remain rancour-free, so as to tackle the challenges with the executive and legislature.

Ayade, who described Ikpeme as the right person for the job, said she was being sworn in at the right time and that in spite of the events that worked against her, she was God’s choice.

“As God touched my heart over your matter, so has He touched the hearts of other people on your behalf. You must put behind the ordeal you passed through before your emergence as Chief Judge.

“As a child of God, I expect you to dispense justice fairly and know that it was God who fought your battles. We don’t need any distractions again in the state’s judiciary,” he said.

With her searing in, Ikpeme becomes the second female Chief Judge in Cross River State after Justice Dorothy Iyamba (rtd.). She assumed office 13 months after intrigues and face-offs between the state and the National Judicial Council (NJC).

Reacting to her confirmation and searing in, Justice Ikpeme commended Governor Ayade and others for being humane saying: “I assure the governor and the people of Cross River State that the judiciary under my watch shall cooperate with the executive and legislative arms to move the state forward.

“We have put the past behind us and it would be foolhardy to dwell there. Every member of the judiciary shall be carried along and we shall ensure justice and fairness to all.”