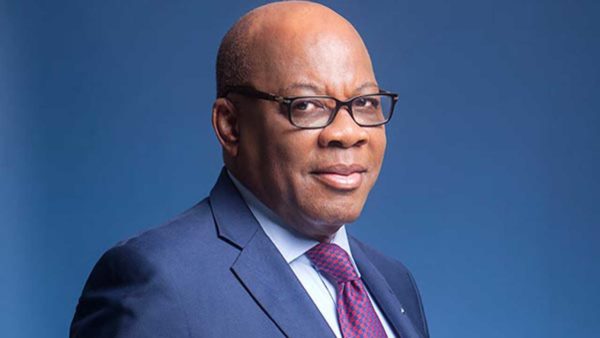 • Group to convoke Constituent Assembly in May

Former president of the Nigerian Bar Association (NBA), Dr Olisa Agbakoba (SAN) has advised that Nigeria must devolve powers and return to regional autonomy to overcome the crisis hampering its development.

According to him, regional autonomy would resolve the country’s diversity challenge.

“More importantly, it allows subsidiarity to deliver public service at the base of the nation. I was intrigued by the extent of devolved power in the western region under self-rule in 1951. According to the author of a lecture on regional autonomy, devolution of powers in western Nigeria was substantial and devolved from the regional government to the provisional, divisional, district and native authority.

“Public service was taken to the roots of the region. In order to resolve the challenges of our diversity, it is clear that we must adopt regional autonomy and massively devolve power from centre to the grassroots,” he counseled in an open letter he wrote to President Muhammadu Buhari.

MEANWHILE, the leadership of the National Consultative Front (NCFront) yesterday, said it is worried by the heightening ethnic violence, civil strife and looming anarchy in the country.

The group in a statement signed by its National Secretary, Olawale Okunniyi said it has set up a national consensus committee to immediately work out inclusive agreements among key leaders of thought and eminent political icons in the country on how to convoke an independent citizens’ driven pan Nigerian constitutional conference of ethnic nationalities, indigenous peoples and various civil society interests by May 1, 2021, to prevent an impending civil war in the country.

“This historical intervention of the NCFront has become unavoidable as it has become crystal clear to all Nigerian stakeholders and the leadership of our Front that the present governments in Nigeria have become helpless, incapacitated and have lost the initiative in dealing with the looming anarchy in the country as ethnic violence, civil and religious strife in the country have now grown from worse to worst ever in the annals of Nigeria.

“This all important national rescue committee is to be coordinated by Dr Olisa Agbakoba (SAN), Dr Hakeem Baba Ahmed, among others as stated in the National Address of NCFront Leaders of Conscience on Tuesday. The Committee which is expected to send out invitations to all ethnic nationalities, indigenous peoples and various civil society platforms for registration and participation in the People’s National Conference by March 2021, shall be expected to first consult with some selected eminent Statesmen, leaders of thought and State Governors like Prof Wole Soyinka, Dr Ahmed Joda, Prof Ben Nwabueze (SAN), Commodore Dan Suleiman, Chief Edwin Clark, Prof Ango Abdullahi, Chief Olu Falae and Governors, Samuel Otorm of Benue, Aminu Tambuwal of Sokoto, Nyesom Wike of Rivers, Babagana Zulum of Borno, Kayode Fayemi of Ekiti, Godwin Obaseki of Edo, Seyi Makinde of Oyo States, among others before the People’s National Conference is convoked,” it stated.

Continuing with his personal intervention, Agbakoba said the term regional autonomy refers to the governance and administration of a federating unit in the interest of the local people, according to their aspirations.

Nigeria, he stressed, has been engaged in the federalism question. “It is clear that our diverse nature and large size means that the political system best suited for Nigeria is a federal system. But the challenge has been what type of federalism? I believe that this must be devolution of powers and regional autonomy.

“In my opinion, the process of regional autonomy and devolved powers can be achieved by virtue of an enactment styled, Constitution Alteration (Regional Autonomy and Devolution of Powers) Bill. This is the only way to stabilize Nigeria,” Agbakoba insisted.

Lamenting that Nigeria has been unable to manage its diversity challenges, the senior advocate said the founding fathers of the country understood the need to manage unity in diversity by devolved political authority, which they did until the military halted it in 1966, with the unification and centralization of our political processes.

He warned that Yugoslavia mismanaged its diversity and the result was the emergence of six distinct countries; Bosnia, Herzegovina, Macedonia, Montenegro, Serbia and Slovenia.

“The same fate befell Czechoslovakia, now the nations of Czechs and Slovaks. The same is true of the centralized Russian Federation that has splintered into more than 15 nations,” he stated.

Agbakoba declared that the UK provides a perfect example of managing unity in diversity. According to him, the UK is made up of at least four ethnic nationalities, the English, Welsh, Scottish and Irish.

“But by managed devolution, the UK has grappled with the challenge of their missing fundamentals. Even with hard work, it still grapples with discontent, as the Scots want to opt-out of the kingdom! But by staying with a policy choice of recognising their subnational ethnicities, the British accommodates all,” he said.

Insisting that Nigeria must find the missing fundamentals, the rights activist stressed that diverse religious, cultural and ethnic backgrounds severely impair Nigeria’s ability to work together.

“The challenge is to resolve our diversity in harmony. This needs deliberate policy choices to create unity in diversity,” he maintained.

Meanwhile, the leadership of the NCFront said its final national consultative retreat, where the emergent mega political movement shall be launched, has now been scheduled to hold between 29th and 31st March 2021.