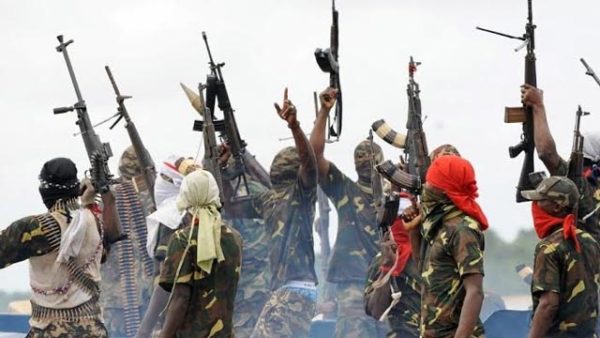 It has been repeated ad nauseam that it is those who refuse to learn from history that are bound to repeat its mistakes and to pay the prize for it; which in the more advanced world of those repetitions are usually much more expensive mistakes indeed to commit. Actually, at these later times, it will no longer be correct to call them mistakes, but real stupidities! Anybody looking at Nigeria very carefully will notice that it is a country of much fooling around, from virtually every corner of the place. Ordinarily, such fooling around should provide cause for much laughter. But unfortunately, it is not able to do so, really. It is not, precisely because of the cost of that fooling – for the lives of the most illiterate, the uneducated, poverty stricken and other otherwise marginalized multitudes that these same fooleries keep breeding and further undermining in this massively populated enclave.

The most that these severely undermined people resort to do, for those most courageous amongst them, include emigration from the country under all sorts of miserable routes and systems. Other things that they do include joining in the corrupt ways of these rulers by other means of corruption available to them – 419 schemes, Yahoo-Yahoo schemes, etc. Even this second way requires a reasonable degree of courage also. These later people are not more criminal than those ruling us, even if they wish to let us see it so!

However, the other two remaining routes are either to turn themselves readily to the use of these political jingoists and impoverishers of the masses by becoming thugs for them during, and sometimes even after, the elections. Some of these thugs themselves eventually graduate into similar “political juggernauts” in the place as well. The last group of these people, abandon themselves to begging for survival – in most of the Middle Belt and the South of Nigeria – through all the old and modern ways of fashionable but non-open begging. However, in the far Northern Nigeria, these turn themselves into the almajiris of organized educational impoverishment and street begging; but also easily turning into group thuggeries and individual or mass murderers of “the opposition”, including innocent National Youth Service Corps members used for elections, as the case may be! Some of these would be suicide bomber murderers.

And so, our miseries continue – all to the delight of those who breed those for those given political purposes. Lately, these groups of deliberately being bred people, now even organize themselves and breed others into the various terrorist groups that now rule the country – from the Boko Haram, to the “Fulani herdsmen”, to “Fulani bandits”, “terrorists from Libya”, or whatever other names that they are called by the actual official rulers of the country!

On the whole however, though everybody would seem to agree that war does not lead to any or much real good in the end for the human society, it is obvious that there are still some people who believe in it. Similarly, much as most people in Nigeria have come to see that apart from very quickly removing idiotic governments and conducting civil elections to replace them immediately, any long staying military regimes will turn out to be more criminal than the civilians that they removed! So will also be any past military rulers who turn themselves in later, as civilian rulers. Yet, some of these political marauders in Nigeria most obviously would rather not believe in that, unfortunately! Rather, they are ready to be turning themselves in for us in an everlasting chain of chair dances. Wonders, they say, will never end; and Nigeria surely, is home for such silly wonders. When shall we get rid of all these maraudings?

Anybody watching the present Federal Government of “our most politically anointed GMB” would be so absolutely certain of his understanding that he is still in the war front to conquer Nigeria militarily for “his constituency”; whatever that constituency may mean to him in the 90% versus 10% and similar political formulae that he has in his mind. For him obviously, there is nothing called “federal character” anymore, even if your constitution says so. Everybody in the country may say so ad nauseam, but he would not hear it! And the most of this must be done in the military and all the official security architecture and their command systems in the country. This war mongering stratagems would appear to them that the rest of us do not see them or understand them. Then, they also get the various bands of their structurally marginalized beggarly foot soldiers to cry “war!” to anybody who openly points out these open criminalities, even as they pretend to show by all means that these most obvious criminality accusations are not acceptable to them. They expect that others will respond to them in their anticipated belligerent ways also, so that their planned armed war will break out to their planned advantage. But who is ready to be fooled into such behaviour any longer?

Unfortunately, one young man in the South-East, whose section of the country has been considered by the present Federal Government as the primary and first target of their envisaged national military conquest, allows himself to be fooled into the asshole of that thinking. So, he organizes a guerrilla warfare outfit and talks a lot of rather very silly and militarily incoherent responses to this other GMB military stratagems within a so-called civilian regime! A few other segments of the country in their own military stratagems in a civilian dispensation also concoct all sorts of junior alignments with this major GMB one. The Boko Haram are detailed to have the most well planned and supplied plan in this regard! They do so, either in preparation of a to-be-protected continuation of it by their succession; or merely, to be able to continue to “eat from the master strategist’s military regime in a civilian dispensation” fashion by the lesser groups; and believe that the rest of us are fooled.

One can only advise one and all in this “geographical entity called Nigeria but which is not a nation at all” that they must again try to rethink all these silly maneuverings of so richly endowed place by God Almighty. The colossal wastages that they have been causing and instigating for this long will come for vengeance sooner or later. They surely know how to work for the common good of everybody – the GMB’s mouthpieces and liars especially! They had better do so or at the very least resign, or howsoever leave the place without anybody having to tell them so. The way of peace and mass solidarity of the oppressed but now enlightened will surely come; and come soon it will. God bless Nigeria!