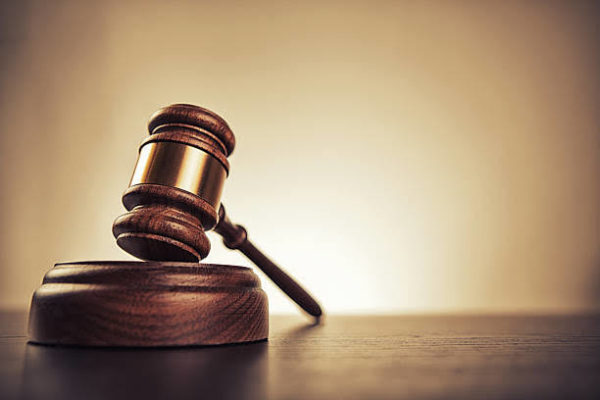 An Abeokuta High Court on Wednesday sentenced a 33-year-old man, Ibrahim Toyin, to death by hanging for robbing a woman of her handbag at gunpoint.

Justice Ayokunle Rotimi-Balogun delivering her judgment held that all the evidence tendered had convinced the court beyond a reasonable doubt that Ibrahim committed the offences as charged.

She, subsequently, sentenced Ibrahim to death by hanging.

Earlier during the trial, the police had charged Ibrahim with two counts bordering on conspiracy and armed robbery.

Ibrahim, however, pleaded not guilty to the offences when he was initially charged.

At the trial, the Prosecution Counsel, Mrs Margret Sodeke, had told the court that Ibrahim committed the offences on Aug. 26, 2012, at about 10:00 p.m., at Powerline junction, Sabo area of Sagamu.

She said that Ibrahim and others still at large conspired and robbed one Titilayo Eniola of her handbag containing some valuable items.

Sodeke explained that when the complainant was coming from her shop at around 10 p.m., on the said date, Ibrahim with others now at large stopped her and pointed a locally-made pistol at her.

She explained that Ibrahim made away with the complainant’s handbag containing: N15, 000 cash, ATM cards, a Holy Bible and other valuables.

She said that Ibrahim was arrested by some members of the Oodua People’s Congress (OPC) at the scene of the crime.

She added that he was found with a locally-made gun and two cartridges.

Sodeke, however, said that the offences contravened Sections 6(b) and 1(2)( a) of the Robbery and Firearms (Special Provisions) Act, Cap. Rll, Laws of the Federation of Nigeria, 2004.